It’s been awhile since we’ve posted our dream bikes, so hey, why not start a new thread.

Personally, I’ve been spending lots of time looking at Rivendells, particularly ones like Grant Petersen’s Atlantis: Find me 100 miles of downhill roads.

you gotta flintstone it and i’m in for 500

yeah, i need to think before i post stuff like that because you’re crazy enough to do it. luckily neither lyle or myself specified 500 of what.

I noticed that, which is why I specified before I found myself pushing that around for 100 miles.

My dream bike is one that was not previously owned. One day…

I bought my dream bike.

http://www.facebook.com/login.php is not a valid img src

iPhone was being a dick about copying the link. As usual, dropbox to the rescue!

My dream bike changes every day, however, a pack of 100 5mm allen wrenches would be nice!

But my current lust is

We bought our dream bike too 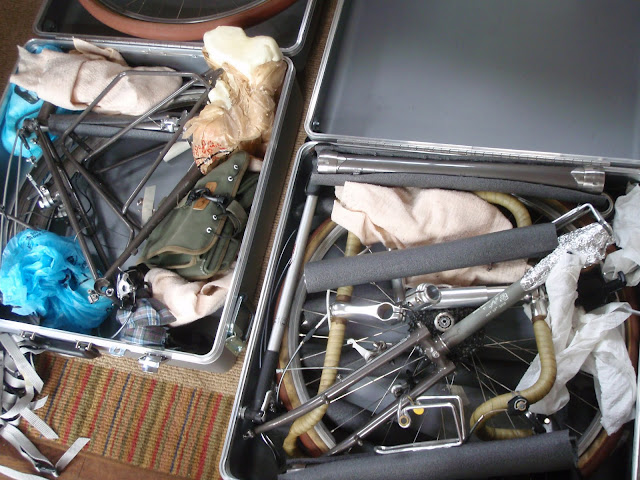 I dream about riding it more

This frame hangs above the computer at thick:

I’ve actually dreamt about buying it. I wish I could afford it.

While not especially aesthetically pleasing… the Co-Motion Americano Rohloff struck me the other day as my dream utilitarian commuter bike. Especially coupled to a Bikes at Work trailer.

Now for the future I’m liking the Public bikes like this one:

Ok, I thought I was over having dream bikes and such. Wrong. Pedersen. 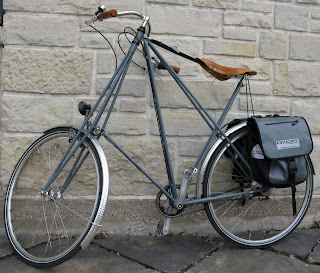 I dig Pedersens, but I couldn’t ride one without a yellow seat. And a Chiquita sticker…

… and a basket of fruit on your head? That Pedersen is AWESOME! An ANT bike is on my short list as well. Real short. Like, give it a month assuming all goes according to plan. That is a nice Ryan. If only someone had matching pedals to go with it…

That framebuilding class looks sweet. I’m thinking of saving up my pennies for 2012.

I’ll have a full report once I’m back. Ant Bike Mike is about the nicest and smartest guy you’ll come across in the bike industry, I really can’t fathom this not being mind blowing awesome.

Wow, what a cool idea. IF I ever win the lottery, I’ll buy everyone in this thread the six-week class!

@headloss I can agree to those terms, as well