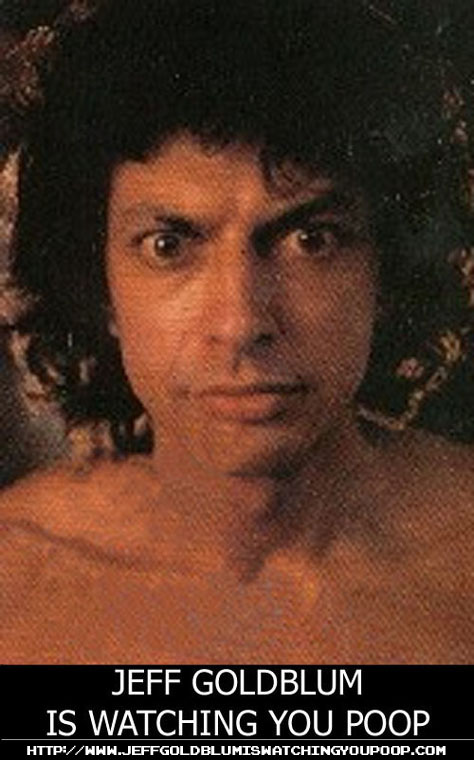 I agree that turtles and tortoises do not have an exoskeleton. And the ones checking out the bicycle were just babies!

Frozen Soft shell crabs were on sale at Wholey’s for $2 each.

So is the consensus that a coral reef is not really an exoskeleton?

in the sense that it’s not chitinous, no, though we didn’t specifically limit ourselves to that (or anything, really). i’m not sure that a coral skeleton is what we think of as “exo-“. but perhaps most importantly, coral is made up of tiny individuals, so surely it couldn’t be the largest creature with an exoskeleton.

Which one? Hoogerland or Goldblum?

My uneducated guess would be that the definition of a “skeleton” would have something to do with working in concert with musculature to facilitate movement, otherwise it’s just a “shell”. But that is based only on me making things up.

perspective: in the olden days of Le Tour, one was not allowed to accept help!

(Courtesy of NYCBS, author of the article)

but – those spectators who get out into the road and shove flags in the faces of the riders and get literally centimeters from touching them…is this normal (and allowed)? Because if I was a rider I’d want them to get the hell off the road.

They do get close, but remember that telephoto lenses make everything look even closer together than they are.

@italianblend: Yes, normal. And collisions are normal, too. Generally, the final kilometers have barriers, though that hasn’t prevented a few collisions during sprints.

Not sure which is worse to look at: ten Dam’s mug or Hoogerland’s rear.

I really wish they would keep those spectators out of the road. But I know that’s impossible to do that the entire way. It would burn me up if I was the biker.

Today’s stage was very enjoyable. I would recommend you watch it – It’s on now, or you can DVR at midnight…or you can watch it at Midnight if you’re crazy enough to stay up

I was on Galibier last Monday… seeing all the spectators packed on the skinny road today was pretty cool. Tomorrow on Alpe d’Huez should be insane!

I am watching a DVRd time trial, but I have a question – since there is still a stage tomorrow to Paris, why does it seem like the results of today’s time trial will decide the winner of the tour? Is the last stage simply a formality? He mentioned something like there will be no attacks on the last stage, and the riders seem to agree to that. This is the first tour I have watched. Thanks.

They also described it as “tradition” that the leader after Stage 20 is unchallenged on the way into Paris. So in effect the leader after today’s stage will be the winner, and tomorrow’s stage is a sort of victory lap. I am curious, though, to know how long that has been the case.

I know that one case where it certainly wasn’t was 1989, when the the final stage was a time trial, in Paris, and Greg Lemond beat Laurent Fignon by 8 seconds. The French were probably pissed. It’s possible that’s when that “tradition” was established.

But really, what is stopping Andy Schlek from saying screw it and play to win tomorrow? I know it won’t happen but it seems a rather silly tradition for a “race.”

What is stopping Schleck? Every sprinter’s team. It’s one of the most prestigious sprinter wins in cycling. Plus every team in the Tour would hate them. Good luck at any other race of the year.

I really don’t understand why here (and elsewhere) people decide it’s a silly tradition. The previous 3 weeks of racing weren’t exciting enough for you? You really need one more day? And really, let the pro peloton decide how they want to handle the last flat stage of a Tour. How’d you feel if they came to your job and told you were doing it wrong? It’s their job and they have to see each other day after day. Were it a one day race pretty much anything is fair game. Chaingate from last year would not have even been a blip on the radar in Paris Roubiax.

I’ve decided that it’s a silly tradition because it’s new to me. Instinctually, I don’t see the logic in having a “race” if there actually is no race up to the bitter end. This is my uninformed opinion from a person who didn’t even know what the yellow jersey meant a week ago. Makes for a boring last stage in my opinion if they are just going through motions. Why not have today’s time trial be the end of the race, and then have a nice parade into Paris tomorrow? That’s what’s happening anyway.

Don’t take it personally, I think a lot of things are silly. Like shootout in hockey. Love Hockey – Love watching a shootout, but it’s still silly.

Soccer Penalty kicks are very silly. But I watched every second of the world cup this year.

Freddy Kreuger in Mortal Kombat is silly too

Hockey, football, soccer – all match based. Rarely more than a 3 hour event. The tour is 20 some days of cumulative efforts. Different sport entirely. The race this year took the winner nearly 84 hours. The last day, they drink a toast & have an easy spin. I’m ok with that.

I have two different dreams for tomorrow’s stage:

1. Phillipe Gilbert takes a huge flyer with about 3k to go and manages to make it stick. I know he likely won’t take the green jersey, but I’d love to see him win tomorrow.

2. With about two laps to go, the bunch lets Hushovd and Boassan-Hagan go to finish on their own. Then bunch can fight out the remaining points, which will be enough for Cav and Rojas to sort out the green jersey.

I’d like to see Cav, Gilbert, and Farrar line up elbow to elbow about 500 m from the finish, and Cav without his lead out man. I bet the Manx missile would get spanked 2 ways.

@edmonds: I’m not a big Cav fan, but he won a couple of stages this year without his train. There was at least one stage where he started his sprint a loooooong way out, and managed to beat everyone. You may think his attitude is poor, but the boy can sprint, that’s for sure.

No doubt, but Farrar showed some power, and w/o a lead. I am now officially a huge Garmin Cervelo fan.

Also, it would be next to impossible for someone to take time tomorrow. Attacking isn’t just in poor form, but stupid.

i can’t imagine trying to attack when the ENTIRE peloton would chase you down and bring you back. thats not even stupid. that’s insane. also, italianblend, if you watch the final stage the sprint around the Champs Elysees is like an insanely fast and aggressive mini criterion. its anything but boring, possibly one of the most exciting parts of the race.

I think such “traditions” more like a gentlemans agreement. Civility among sportsman, like not smoking an equally match competitor that suffers a mechanical (I think this happen last year in a stage, but cant remember which, or which riders) Refreshing an sort of old fashion too.

Okay I just watched it and have a better understanding. Basically, today was about the green jersey, right? Evans had such a large lead that it was understood that he would just remain with the peleton and he would be okay, correct? I was thinking that this was just a parade stage and they would not really race. Told you I was uninformed

But I would like to ask, let’s pretend that Evans only had literally a 1 second lead over schleck after Saturday. What would happen then? Would they still compete or would they hold on to the tradition?

Short of a crash slowing one of them, as in some of the other flat stages, no one would be able to take any advantage. I always have enjoyed watching the last day parade around Paris, with a sprint at the end.

And if they decided they wanted to fight it out, I think Evans might be able to do more damage than either Schleck.

Well, italianblend, if this was the first tour you’ve watched, you picked a heck of a one to start, it was fantastic.

Not…sure…what to do with my evenings now…

Not…sure…what to do with my evenings now…

Evenings? I’m not sure what to do with myself in the mornings at the office. Oh, yeah, that’s right–work.

I’m just psyched that there has been no major contender caught up in doping this tour, so far at least. it could explain the lack of massive withering attacks on the climbs… fair sport.

That’s a really good point, qb, the racing was great, the crowds were huge. If the organizers and sponsors are able to see that no doping = better racing, the doping will become the anathema it ought to be.