Pista:
Bought used for $400 a few years back, put zero work into it and rode it a bit. It’s fun. Quick release up front. Flip flop in the back so I spose you can run it SS or fixed (I never switched it from SS and can’t tell ya anything about it). Has a “no brakes” sticker which is a lie because it definitely has a front brake. I’m 5’6″ and this bike is a smidge too tall for me, not sure of its actual dimensions. 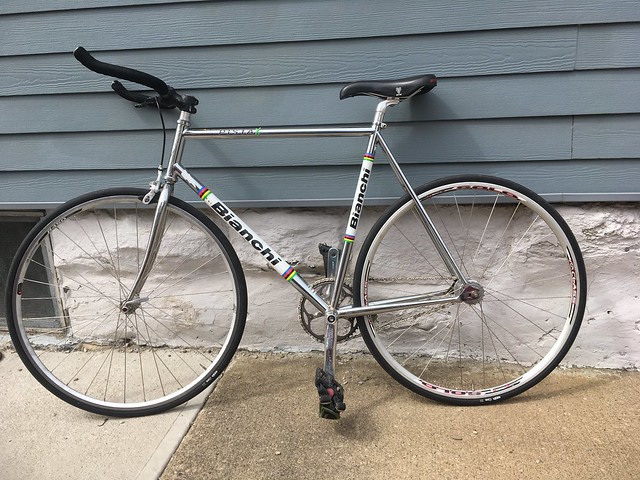 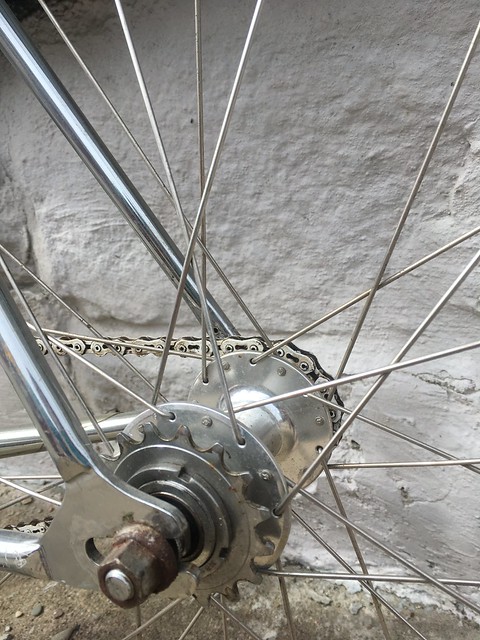 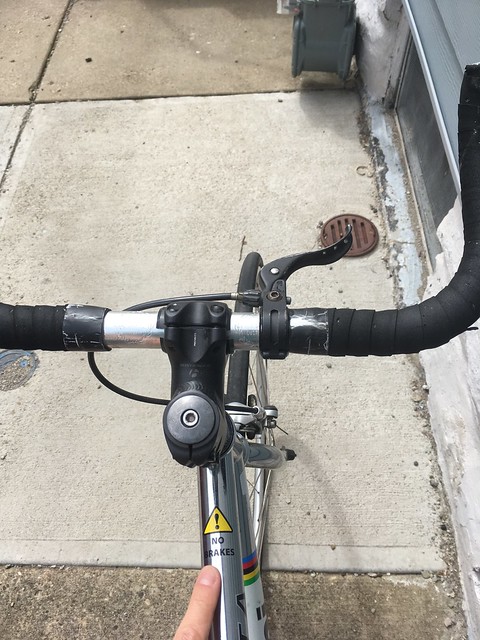 This bike is pretty small. I think it’s ~1973, but not entirely sure. It was a project bike that never fit me. Found the frame in the trash and got new wheels built up for it with a new internal 3-speed hub. New brakes, new cork grips, new saddle. It’s a charming piece of history and just doesn’t fit me well enough to keep it. 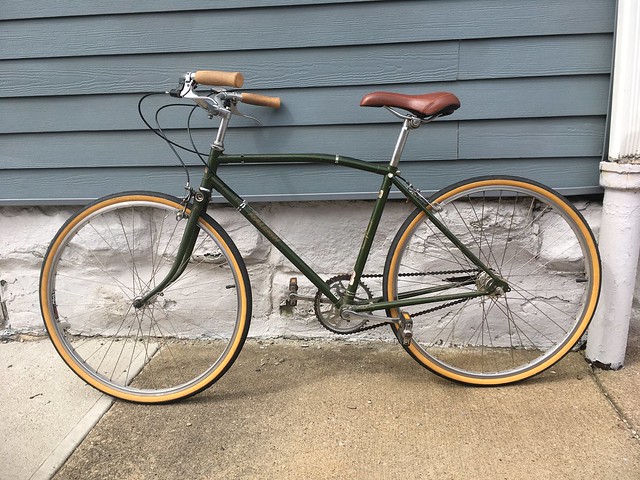 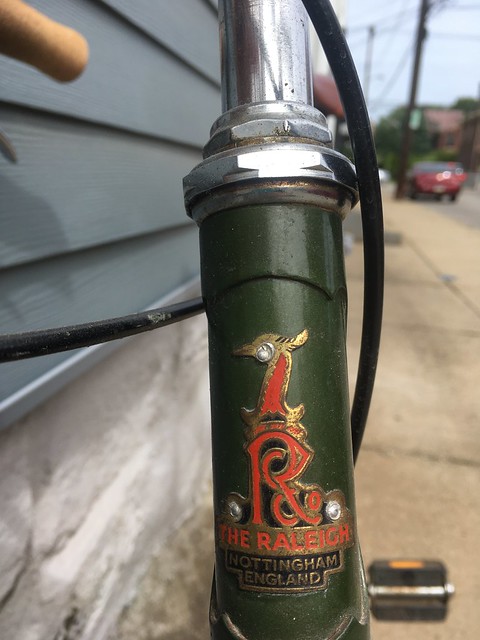 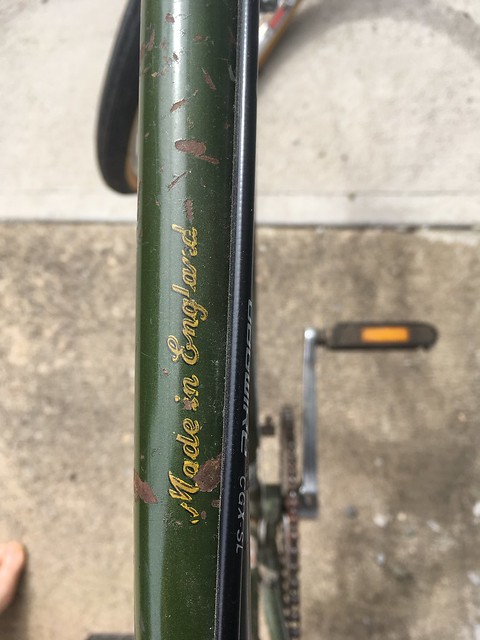 Make an offer! You can message me here, or email me at cakebaker at gmail dot com.

Sigh, I hate to sell these little sweeties, but sometimes you gotta make some room in the stable.

How heavy is the Raleigh?  My dad still has his mid-60s Raleigh 10 speed with the same saddle as yours, except it was black.  That was a real pain in the butt (literally) to ride on. His bike weighs approximately 900 lbs.

The pista looks like it had an added on brake. Sorta an elegant solution.

Interestingly, the Raleigh isn’t that bad, weight-wise. I don’t have a means to get an accurate measurement but it’s in the same ballpark as my Long Haul Trucker.

yeah, I can’t speak for you, edmonds59, but it’s definitely too small for you, buffalo!

Raleigh’s gone to a new home, but I’ve still got the Pista if anyone’s into a real fun summer rip-around bike! <3

Hi! Just moved to Pittsburgh, looking to buy a used bike. Is the Pista still available? If not, are there any suggestions for finding a used bike?

Thick bikes on the South Side usually has a good selection,

Bicycle Heaven on the North Side probably has the largest selection,

Used on the cheap (you volunteer & earn a bike) is Free Ride in Point Breeze,

And if you can wait until Fall, Golden Triangle Bike Rental sells off their entire rental fleet & other gear at a great discount,

There are many other shops too, check for them and other things at the bike Wiki,

Just saw this — Pista is still available, but also all of Marko’s suggestions are good ones!

Here’s another bike for sale! This one, I’m posting for a pal. It isn’t mine and I don’t know much about it. Contact sara.r.wainer@gmail.com for info or to buy a sweet orange whip. 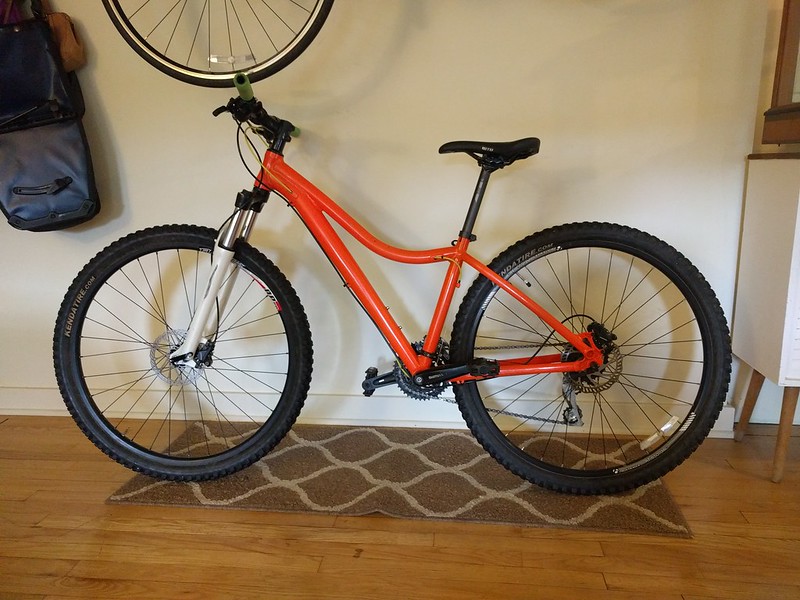