Agreed. If you want a forum to be used, you have to invest the time and effort to police it. Or at least deputize respected community members and give them the ability and utilities to police it for you.

How would they possibly block this automatically? Somebody created an account and posted a personalized message with link to a sketchy site. How do you distinguish between that and what we all do?
I can see going back and deleting the post retroactively. But I don’t think it can be done immediately.
Maybe follow-up to the message board suggestion thread.

thanks, our spam filter does a lot, but sometimes things slip thru. we do deputize some people to help. @erok TYVM, weldun! Glad to have ur assistance.

Well, it almost hit a building.

Rollover crash in Shadyside shuts down part of 5th Avenue 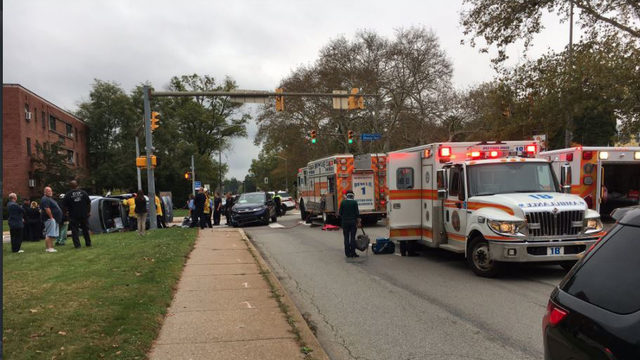 gawd. another view. looks like 6 people were injured. 2 cars involved, 3 people in each car.

If you are at fifth trying to turn left onto shady and there’s a car trying to do something similar from the other side it can be impossible to see around the other car turning left and to see what traffic is coming.

I think this guy needs an honorary mention:

Bellevue, WA – I thought about putting this in the out-of-town thread, but it’s a better fit here.

Car into house in Manchester. The police is searching for the driver/vehicle:

Abusing the concept of “Drive Through window.”

Box truck crashes into parked cars, drives off  (and a house!)

The way the wpxi story was written gives the truck agency. Has the robot revolution begun early?

The Wendy’s story reminds me of this old classic. Stick around for the climactic ending.

Duquesne Light truck crashes into home in Churchill
A truck went into a house on the 3800 block of Henley Drive in Churchill Tuesday.

New drive-thru at the Subway restaurant in Shaler! NOT! (P-G story) This one’s not local, but come on, look at that picture:

Driver charged with DUI after hitting apartment in Penn Hills:

Full-motion video of the second-floor crash, in real time. What this shows is that the guy was traveling perpendicular to the street the building is on, and barely missed a car going one way and a city bus going the other.

Website in Dutch, but that’s irrelevant. Turn off the sound. There’s no speaking but there is noise.

I did not want to start a new thread so I am asking the here.

How often do light rail vehicles on the Beechview and Library branches crash into cars, pedestrians, or cyclists at level crossings?

Z: I think I could get actual numbers from Port Authority. My hunch is, a couple times a month. Without question, without exception it is the car driver’s fault if it’s a car. Absent other criminal activity or suicide attempts, I cannot think of any T-on-person incidents.

To the Penn Ave incident, this is almost the exact spot the second cyclist got killed on Penn after the James Price crash in 2013. I cannot tell from the photo in the PG story if the airbag deployed in the car pictured or whether that is reflection of the building and lights above. But it does look like the direction of travel was diagonal, not straight-on. Meaning a car coming across the parking lot, not a car from within the parking lot. Does anyone else have more details on this?

What makes you think that? That is way too often. I heard that a little girl got hit by a light rail vehicle near Smith Rd. or St. Anne’s in Castle Shannon yesterday.

We’re both working from anecdotal data. But one of my main sources of info is the man who runs the Twitter site @pgh_bus_info, and carries with him a radio that monitors the Port Authority radio traffic between bus drivers and the Operations Control Center. Any significant event, he knows about it instantly, and some of the detail ends up on Twitter. So we’re straddling the line between anecdotal and authoritative. Maybe I can get hard numbers from the officials, too.

Specific events, I have no hard data. Was that event reported in the media? It all sounds very edge-case, unusual. And this whole matter has nothing to do with cycling.

And this whole matter has nothing to do with cycling.

Well, it has to some degree. Those vehicles much heavier than usual car. https://en.wikipedia.org/wiki/Siemens_SD-400_and_SD-460 (Pittsburgh has these) — empty one weights 40.6 metric tonnes. And it’s metal on metal (to more precise steel on steel) so it takes much more time and length to stop. Take this into account when you cross RR — it does not matter on foot, on bike or in a car. And those guys could go fast and accelerate also very fast.

“A car allegedly speeding down West Fifth Avenue in McKeesport Thursday night went airborne and slammed into a house, a parked car and a utility pole. The car finally came to a stop flipped over on its roof — and then caught fire. …

She said it’s not the first time a car parked there has been hit — or the house, for that matter. “The house has been hit before; it’s been about 20 years,” she said. “Cars parked in that spot (have) been hit four times in the last three years.” ” 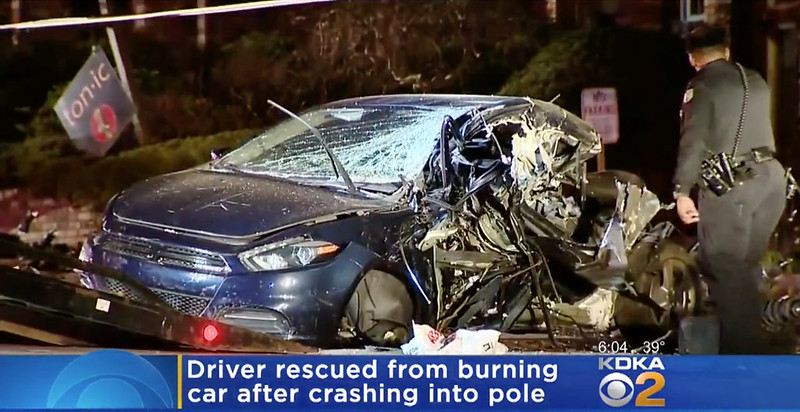 Near Philly. Woman. Killed in her home.
http://www.pennlive.com/news/2018/04/car_crashes_into_house_killing.html

I was intrigued by the idea of an international food emporium in brentwood that I tried to google it to find out what they sell and the whole first page is recycled news articles about the crash and business of the same name in CA and VA.

Any idea what “international” in IFE means?

^I stopped by a year or two ago.  It caters mostly to the Nepal  community with the typical miss-mash of things from food to clothing that you sometimes see in small ethnic stores.  There is also a restaurant next door which we tried.  I remember it being rather bland and disappointing.   I hope they have insurance and such.

Oh, I know exactly where this is, then.