I wouldn’t even be thinking dog but apparition…

I ride down Williams St from Mt Washington everyday. I can’t tell you how many times I have ridden around a flock of turkeys on that street. If I see them in time I’ll grab my water bottle and hose them down.

Late one night, sitting on Flagstaff Hill, Sitting on Flagstff Hill, enjoying the view (as they say), there was a car that parked at the bottom. A door opened.

It was dark, so I couldn’t see them very well, but they were huge. They had to be Irish wolfhounds or something. They were loping along at 25 mph our or so.

They were running right toward me. As the dogs came closer to me, I realized that if the they were aggressive, I was toast. They would be on me before I could mount my bike, for sure. The three of them would have me down and dead in maybe 10 seconds.

It was only a few seconds since they had started out from the bottom of the hill, but they were right there, coming at me.

I started to leap to my feet, but they were closing in.

At the last fraction of a second, three white-tailed deer veered off and continued running up the hill, after being spooked by the car.

That was the first time I saw deer on Flagstaff Hill.

A buck can mess you up pretty good, on the extremely rare chance they decided to charge you. This usually happens during the fall mating season (around this time of year). I think you have a better chance of winning the mega millions than getting mauled by deer antlers though.

Still gets my heart going when there are half a dozen deer 5 feet from the sidewalk as I’m biking up Greenfield Ave at 1 am and they just calmly stare at me as I huff past. I’d feel better if they ran away.

When I bought my house I discovered that there was a groundhog who had made a home under my very small rear porch. I tried filling in the hole, I tried sprays, I tried smoking it out, I tried everything. I remember thinking – often – that there was nothing quite so humbling as being outsmarted by a groundhog for the umpteenth time.

Swalfoort, if you want to make yourself feel better, read “The $64 Tomato” by William Alexander. The author tells a tale of war waged against his nemesis, a groundhog he nicknamed Superchuck.

I surprised a ground hog once right next to the road, so he starts running right parallel to the road beside me rather than veer off to the side. We were going along at a fast clip for awhile and he runs right into a sign post head on! Hope he was OK.

uh yeah, my groundhog experiences have been like Boazo’s. they do not seem to be good at “running away”

I lived on Mt Washington for a couple of years and regularly saw deer on the side of the hill under the incline during my trips up and down.

Two brief Perrymont Road stories. Both times, I was on foot, eastbound.

First was about two in the afternoon, early autumn. Red fox crosses the road about 75 feet in front of me, about halfway up the grade between Edwood and Fox Ridge. (“hence the name”, I’m thinking…)

Second was a chilly November Saturday early morning, maybe 7:15 a.m. Almost in the same spot as the fox, a six-point buck appears out of someone’s yard, not 30 feet in front of me, and pauses by the edge of the road, staring directly at me. I came to a halt. A car is headed toward me and the deer, going downhill, probably the typical 40 to 45 mph. Driver cannot possibly see the deer, which is hidden by a large shrub, though does see me. Deer is oblivious to the car, naturally. I’m thinking, deer, either stay put or go back. If the deer charges me, I’m toast. If the deer dashes out in front of the car, I get a flying 300-pound chunk of either carrion or kicking critter, with attached rack, in my face. AND possibly a car running out of control directly at me. For a second, I was terrified.

Deer remained motionless. Car passed. Deer took off, some direction. I breathed a sigh of relief, then continued on to get my bus. 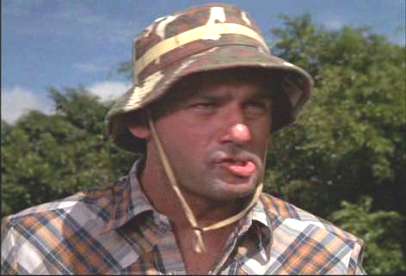 @Swalfoort I remember thinking – often – that there was nothing quite so humbling as being outsmarted by a groundhog for the umpteenth time.

[Back to the original topic]

Oh no, not Wiley Coyote. Doesn’t he get he anvil to the head treatment on a regular basis? Aspirin…..I need aspirin, STAT! (But nice tie in to the coyote in the original post…….)

I’ve seen deer on Forbes Ave. through Frick Park. Never have seen them down in the park itself, though I bet my dogs have. Also I am tussling with a groundhog right now that has taken up residence in a hole under my back porch. Trying to coax him out before he sinks into his Winter’s slumber.

Deer and turkeys on Sycamore St.

Fox on the Panther Hollow Trail near the soccer field.

Deer on Baker St in Morningside, pretty sure they live on the Stanton Heights hillside.

Groundhogs in backyard, also had raccoons around for a week after my neighbors got chickens.

There was an albino peacock around my parents house when they lived in the country. Seeing that thing for the first time while it was screaming and running through the dark woods made me a temporary believer in ghosts.

@Noah – I may have to make that groundhog sneering photo my avatar!

I often see deer around the wooded areas. I was on the bridle path in Schenley Park yesterday, and one dashed across it when I was about 20 feet away.

I got some photos of them out by East End Brewing last year, too: http://picasaweb.google.com/ian.everhart/AndThisIsWhyPittsburghIsAwesome#5527707439179146018 @Marko2 – that squirrel is why cars don’t park for long at frank curto park.

I got kittehs chasing turkehs in the southside slopes. I’ve also seen deer and a fox. eric–when I lived in Squirrel Hill (on an alley behind the bowling lanes), we had rats that were about the size of that cat.

in Fineview, i’ve seen numerous deer (esp. near old WPXI studio and on Henderson, where I almost hit one once biking to work) and groundhogs; my wife has seen coyotes and both red and grey foxes. This is within 2 miles of downtown.

Turkeys in Schenley and Panther Hollow,

Deer in Schenley and cemetery off Dallas,

Groundhog corner at end of dead end of Marlborough

and on jail trail,

Black and garter snakes in Frick,

Foxes in above cememtery and slag piles

Those little brown snakes almost have to be juvenile garter snakes. How long ago did you see the box turtle?

In Lincoln-Lemington, growing up (i.e. the 70s), we had peasants and raccoons a-plenty. No deer at that point, despite the plethora of woods around our house.

I had a deer in my hedges in Point Breeze, and turkeys in the back yard. My house was quite a trek from Frick Park, which is probably where the deer came from.

Most unusual animal sighting while cycling was a peahen and four little brown peababies crossing the road behind her.

One of my favorite suburban living experiences was the day I was vaccuuming the living room carpet and caught a motion on the street in front of the house through the window. There was a family of four or five turkeys strutting down the middle of the street, heading (presumably) for the ravine at the end of the street. Just walking past all the parked cars, etc. It was really cute.

Another brief Perrymont story: 10, count ’em, TEN turkeys jostling for space in a set of trees as I walked along. They can get noisy!

Stu – that sounds like the nugget of a good children’s story (maybe i’m reading to my kids TOO much!?).

i didn’t see the roadkill coyote when i went by last night. someone must have gotten it for the fur. i once almost hit a coyote with a car this summer. he was sprinting across a four lane highway in hot pursuit of something. i had to slam on the brakes to avoid him.

Now that is specialized knowledge.

I saw a non-cyclist talking to a groundhog on the Jail Trail the other afternoon between Hot Metal and the Parking lot ( near the disused city stairs overpass). Perhaps he was trying humane harest techniques.

I live across the street from Grandview Park. Last fall late one night I was running out to meet some friends. While I was walking to my car I hear something rustling in my neighbor’s hedges behind me. My fist thought was someone is trying to mug me? Ok, it’s go time! I turn around quickly ready to defend myself…and the biggest doe I’ve ever seen is eating my neighbor’s hedges and flower bed. It looked up at me and could care less that I was a few feet away and kept chomping away.

What, boring it to death?

What, boring it to death?

No, trying to talk it into coming home with him for a nice pot of stew.

No, trying to talk it into coming home with him for a nice pot of stew.

“I’ve got this great hot tub, just your size…you’ll love it. Lots of veggies to snack on, too.”

“I’ve got this great hot tub, just your size…you’ll love it. Lots of veggies to snack on, too.”

Beats “wanna come up and see my scratchings?”

Little brown snakes, formerly known as Dekay’s Snake. I frequently see flat ones on the Panther Hollow trail, and we have caught them at work (one in a soda machine inside!) the past few years.

Have not seen a box turtle for a year or two in Schenley, but one was laying eggs on the side of the trail near the lake. Interestingly I have seen 3 toads in my yard this fall/ late summer- maybe 200 yards form Forbes and Murray.

Nice, I always heard them as Northern Brown Snake and was clearly underestimating your reptilian knowledge.

I would love to see a box turtle in the wild these days. Granted, I used to be outside much more often, but I used to see a LOT more of them.

I used to have a Western ornate box turtle who really loved to climb under my shirt onto my stomach and take naps. One day I felt something wet so I lifted my shirt and she had laid four eggs right on my stomach! Clearly they never hatched because they become infertile if you rotate them more than a few degrees but it was really unusual.

We have a fairly good population of garter snakes behind the pizza shop as well.