Meet by the dinosaur at 5:45. Try to be there by 6. Briefing at 6:10. Tires on pavement 6:15. We will ride close together as a group — no stragglers but we will drop if you have a mechanical. We will obey traffic laws. We will take one lane, or the lane, the entire way. The road is ours. Claim it as your own.

Snow, thunder or heavy rain cancels. Light rain does not. Final determination by 5 p.m. Must have lights. Should have helmets. No forms, no support, no liability. You’re riding on the street. You’re big boys and girls now. Deal with it.

Yeah, it’s time. Get CM back together, for real. With some structure, this time around. An actual route. Adhering to the law. Not corking.

This is not a fun ride. It is not a no-drop ride. But neither is it an experienced riders only ride. If you’re already riding on the street, you can ride this ride.

The point is to do what CM has always tried to do, establish that cyclists are traffic, we have every right to the street as motorists do. To that end, we will do the obvious, ride from Oakland to downtown on Fifth, and back out to Oakland on Forbes.

For a few months, I think getting this established is all I want to accomplish for CM. Maybe at a later time, we can take on some other streets.

I will support and attend this with your nod .
should also ad don’t be an idiot and look for trouble .
our image and presence as cyclist in pittsburgh needs to be viewed by everyone as a good thing .
enough said !

Six days out, the weather looks like it’s going to cooperate, so put this on your calendar for the week, and let’s see if we can get a nice turnout.

Per the National Weather Service, verbatim:”Friday: Mostly sunny, with a high near 29.”

Sounds pretty good for the end of February.

looking forward to it.

I will joyfully attend.

Top! This is still on. The weather looks to be decent, though cold, 22 at ride time and zero chance of snow. Super cold in the morning, though, 2 above.

I’ll be leaving downtown via Forbes around 5:30, if anyone wants to join me for the ride out.

Six riders took part in the ride. Pictured are Yale, Matt, Ed, Mick, and Stu. We invited Dippy (standing in the back) but she(?) declined. It was a cold ride (25F). The sky was clear. Nice views at the Point. 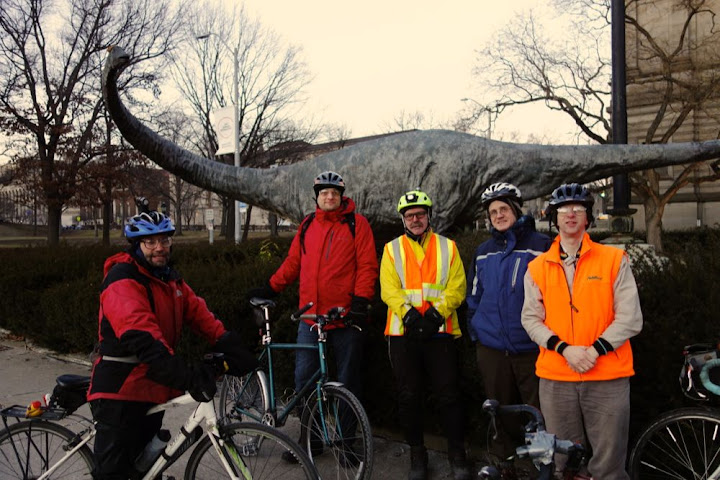 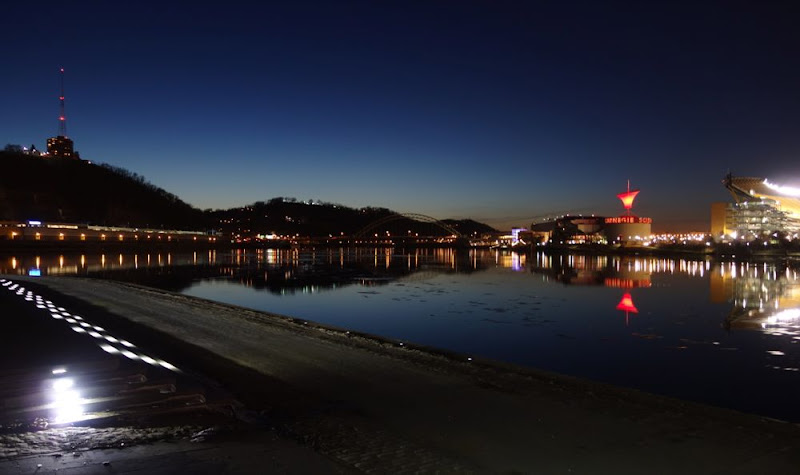 Good show chaps. It was kind of nice out.