Penn Avenue inbound, turning onto Dallas. Not the most legal behavior, but at least he’s wearing a helmet!

I saw the Google trike when I saw riding home years ago and rode around it again and again to make sure I showed up. It worked!

We had a third game going on the board for a while a couple years ago. Find such cyclists on Street View. I wasted a couple hours over various evenings just pawing around various neighborhoods for examples, never found any.

I suppose I could dig around on the board to find the thread, if I was so inclined.

Yep, I remember the old thread on the subject. Happened across this sighting by chance, thought I’d post it. I guess I was too lazy to go digging for the old thread.

I was here when I saw the streetview car. I was on my bike, but those bikers are not me!

I can find four or five other cyclists in that same intersection. Heading what I think is southbound on University, there is a woman I(I think) on the right hand sidewalk. And then later a guy on the left corner of the intersection, with the other two bikes also in view. Approaching the intersection from the other direction on Univerity, I see a bike or two in the intersection, to the right of a large truck (who does NOT appear to be giving the cyclist 3 ft. clearance.)

Interesting thing about streetview. They took pictures of most roads in both directions on what appear to be different runs. Or something. Because the view of “Current conditions” at the same intersection from the various angles can be very different.

Circle left from the view you posted. Male cyclists on either sidewalk too.

I did a simple search, but didn’t go digging.

@stu – I think there’s another thread somewhere where we were discussing the mysterious object that sometimes covers the streetview cameras. It was something from the red cross – perhaps an emergency blanket?

when you’ve got to go, ya gotta go.

Ironically there is a woman biking on the sidewalk on ft pitt Blvd in the bike lane contention zone. I’ll see if I can get a link later. 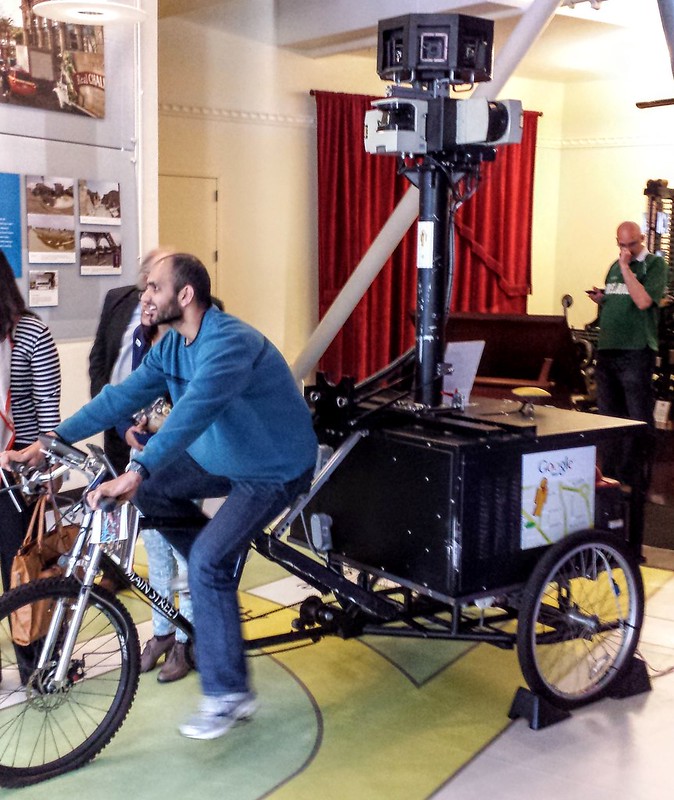 I just came across this one yesterday, when showing a friend one of my least favorite intersections: Arlington Ave & P. J. McArdle Roadway.

Under the Convention Center at 10th Street, on a HealthyRide bike.

Here is one in Churchill in 2007. Beulah Rd. at Churchill Rd.

Move down Penn to by Kraynick’s and find four more (unmanned) bicycles parked.

There is one here.

Here’s a three-fer on McKean St, including a Healthy Ride

I found a whole bunch last night. Any thoughts on these?

found this one on Baldwin Rd, Down Under the Glenwood Bridge

He should be walking on the other side of the street.

There is a non-zero chance, albeit small, that the cyclist is me.