When I left the meeting on Monday I found this at the entrance to the EFT – anyone know what the deal is – how much of the trail is closed and how long it has been or will be there?  I rode across the river and up the other side so I’m not sure.

@ErokEric here's the trail closure I mentioned the other night – this was on my way home from the meeting on Monday. pic.twitter.com/zLnlyNWy5w 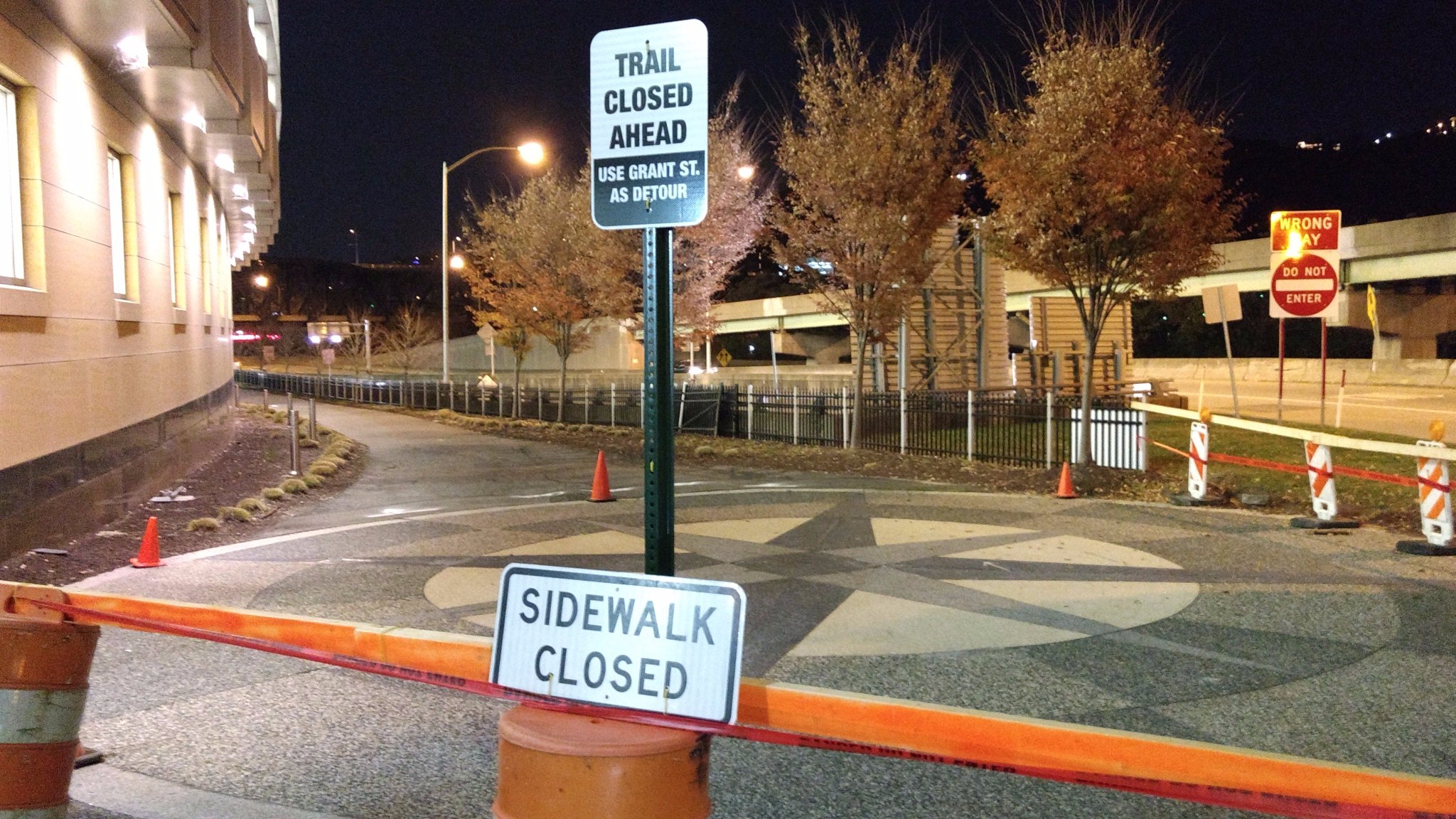 It’s closed at about Golden Triangle Bike Rental. I had to double back a few yards to slip down the alley next to that, then pop out onto First Avenue.

Here’s what was posted on FOTR’s new site.

never knew about this website.  I wish the trail alerts were more updated.  For the EFT trail closure there’s no date, so we don’t know when the 4 weeks starts and is estimated to end.  They also have a notice up there since September with some of the work already completed.

I like the way the traffic editor of the post-gazette lists the projects and the closures, what detours to use, what work is being done, and when the work is expected to be over.  the P-G will then announce in the neet iteration of the list (and I think it is updated once a day) when something is opened back up.