Bring lights, it’ll be dark out by the time you get home.

Or maybe it was just regular bike traffic… ;-)

Either way, I suppose “crap ton of bicyclists” is a completely different, totally unexpected thing. But CrapTon of Cars, Crapton of Trucks – that’s normal.

If their schedule is so tight that delays are generated by Friday afternoon bicyclists, then their schedule is anachronistic, unrealistic, and capricious. Just because they make up numbers for perfect no-traffic conditions and then they fall behind their imaginary schedule when other people (the nerve!) use the roads, doesn’t mean that cyclists are causing delays.

It means they subject their passengers and their drivers to an unrealistic schedule that is easily knocked off-kilter by normal, real-world conditions.

We were _in_ that backup, to be sure; it in fact cost us a significant amount of time. But we did not _cause_ it, we just got stuck in it just like everyone else.

For the record, I’m not criticizing Flock. I’m very much onboard with what y’all do. I just thought it was funny that someone at Buses N’at thought this was all being caused by the Flock ride, as if these backups on Craig and Centre aren’t a regular feature of the evening rush hour

@chrishent – yes, that’s the way it came across- just like you meant it.
I hope we have more bike traffic jams, I really do. :)

I think it’s a bit light-hearted humorous and illustrative. I responded to their tweet: 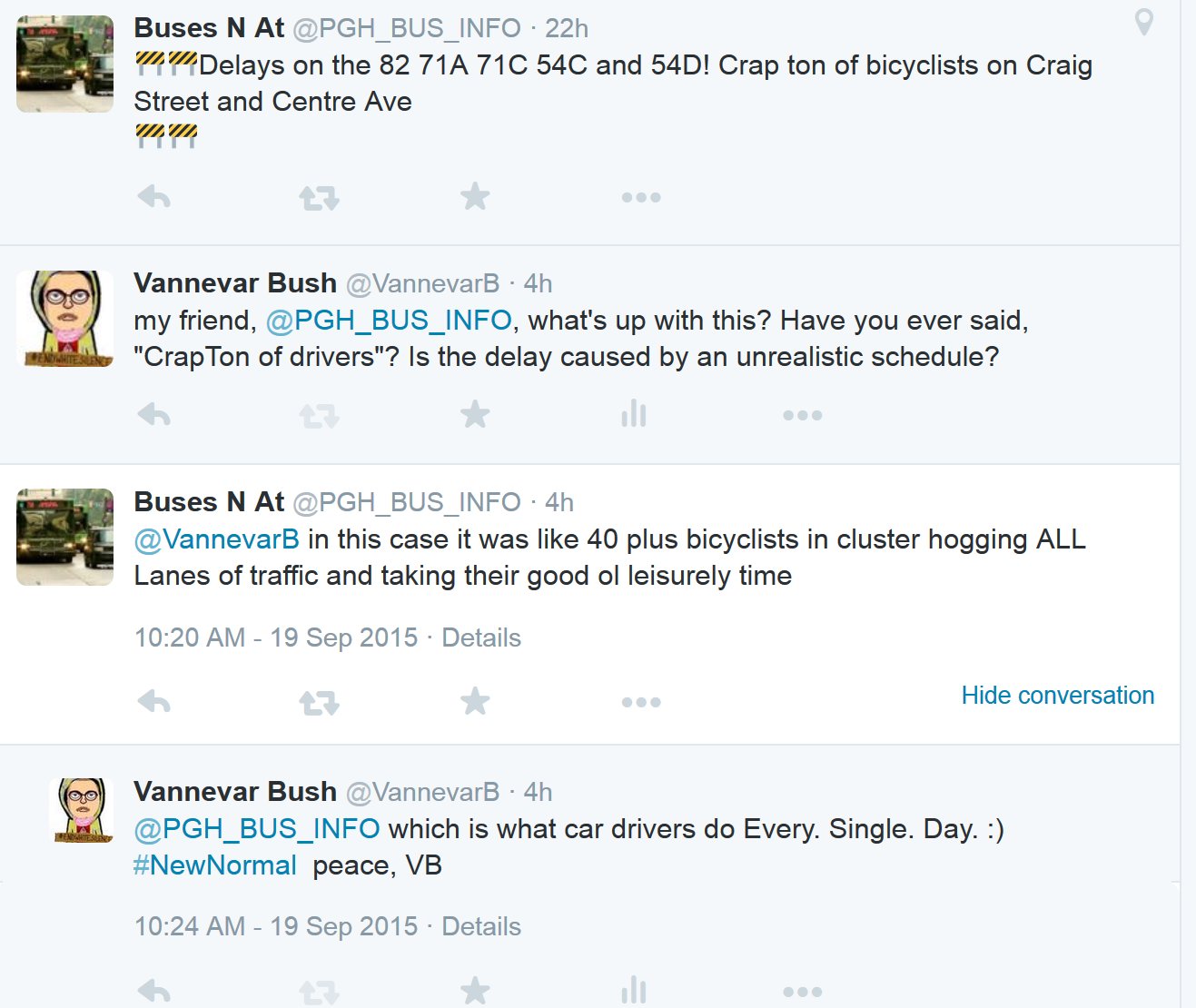 This person is known to me, favorites every transit tweet, often responds to them. I sent a tweet in the middle of the night but haven’t heard back.

Buffalo buffalo is right; we were in it but definitely did not cause it. We did get separated on Craig, and while the front group waited, a 71C got between us and waited behind the group at Bayard, then the same bus got behind the larger group at Centre. I would have preferred we let the bus go around the corner first, but that didn’t happen. Nor did it matter, as we were all in a jam all the way down to and past Aiken.