I designed some t-shirts for Flock of Cycles. I am going to order them in a couple days so they are here for our June ride.

If you would please take a short survey so I have a better idea what to order, that would be super fantastic.

(I have this in vector format too, PM me know if you have a use for that.)

Love it. Count me in (medium AA tee)

I would have preferred the shirt in a purple with black zebra stripe, but beggars can’t be choosers.

Dig it. Maybe an assortment of colors would be nice though. I think that a rainbow of bright colored shirts would better suit the general attitude of the flock. In any case, I’m down for one.

Yea, I wanted to do multiple colors, but getting correct sizes in various colors and trying to coordinate that with the printer would be a nightmare. I made the executive decision to make them all yellow. If you really, really, really hate yellow, let me know (and provide your own shirt before tomorrowish) and I’ll see what I can do. No promises!

I pay for the screen setup once, and they keep it for future printings. So next round (if I recover what I spend this round) will be a different color.

I thought about making a tall bike one, but I think we can leave that for the ndromb fan club t-shirts.

One of the feedbacks I received was asking for a more 80s font. I’m cool with that, and its easy enough to change. If you have an 80s font you think would look good, let me know and I’ll use that.

I thought about making a tall bike one, but I think we can leave that for the ndromb fan club t-shirts.

I hope I never see that.

I hope I never see that.

If you keep riding around on that crazy contraption, you are bound to acquire a bumperbike-like following sooner or later.

FOC shirt #2 would be both tall bikes and reddan on a ‘bent, riding in the middle

I’m in the process of designing a bicycling-centric shirt I hope to print in the next month or so… once I set up the screen I’ll show the design and see if anyone wants on printed… it’ll be a less formal thing (i.e. you could provide your own garment if you like cause I’m hand-printing)

haha, “80s font” was me although i don’t really know what i meant by that… pistols is a little early, i guess we could always go to the well one more time: 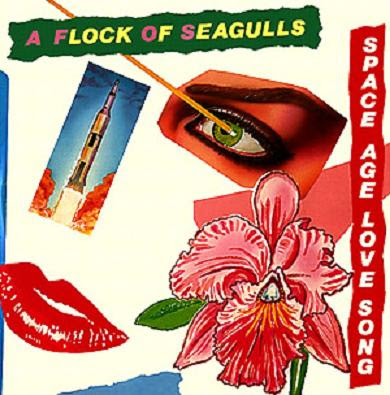 Salty, that first font is a tricky one. I tried every search/ID method I know, including looking through lists of fonts. It has serifs in the wrong places to match most fonts, and the O’s are smushed. It looks neat, but I’m guessing it was hand drawn.

The second font is almost certainly Helvetica. It is so ubiquitous they made a documentary about it.

Sex Pistols one looks cool, but doesn’t match real well with the rest of the art. If anyone has a specific font that they think would work, give me a link.

Also, I only have 6 people that want a polyester wicking type shirt according to the survey. They are expensive enough I’m not going to order a lot extra, so if you really want one, make it known sometime soon.

here is a list of digital display fonts that say flock of cycles:

For all the talk about helmets and brakes and lights I can’t help but find it humorous that the shirt design above has none of them. Luckily he or she has a cell phone though.

with all that hair, who needs a helmet?

The 80s were a tough time gender identification, I’ll admit.

Brad, that is a very valid point.

Technically, they arent actually riding the bike on the shirt, so.. maybe just a helmet in hand or something?

Working on brakes and a headlight.

The “computerfont” in that huge series seemed to me most appropriate, very Tron or War Games. My god that was a fantastic decade for movies. For some reason, Ah-Ha’s Take Me On started running through my head when I saw the design. Probably because their music was more memorable than their hair (and the video was awesome).

he only needs a front brake! he’s obviously riding a fixie with that hair…

With all your constructive comments:

I don’t care for the font….

You edits are awesome though!

I thought I was the only one that didn’t care for that font.

I agree it looks 80s, but it doesn’t really go with the rest of the design. If nobody has any huge objections I’ll just stick with the original font:

The typesetter in me is happier already.

I wasn’t in love with the first one, but I don’t care for the second one at all.

I say just run with it.

If you wanted to take the modern hipster route, you could go with Helvetica, otherwise I’d say stick with the original.

Oh man I am so good at mspaint. It took me a bit to realize those are birds. What font is that?

I don’t have an opinion on the font, although I liked the tron-esque computer font personally, I agree it doesn’t “go” with the design.

But, I WANT a shirt now. Is it too late to order?

It isn’t too late. Take my survey so I know for sure what size you want.

Thank you for your input. I think it has improved since the initial post.

For the people who hate yellow, I’ll see if I can mix and match a few different colors in there. We can be the rainbow colored FOC.

I changed the font. It has less serifs than Times, and I made took the liberty of rolling some wheels over the O’s. I don’t have time to muck around with it today at work, and I have to bring it to the shop tonight so we have shirts for FOC, so this will be the final design.