Another thread, just as much information. Well, a location.
http://bikepgh.org/mb/topic/crash-this-morning-at-31st-bridge-and-liberty/

To benefit the Challenged Athlete Foundation and the Pittsburgh Steelwheelers wheelchair basketball team, Domos will try to handcycle 350 miles or more in 24 hours at Bud Harris Cycling Track in Highland Park
…instead, he’s attempting to raise the $9,000 for one via a gofundme.com page (www.gofundme.com/attiladomos).

I met Attila while biking on Beechwood Blvd a few weeks ago. He’s fast.

There was a fire closing the last gas station in Confluence
http://www.post-gazette.com/business/pittsburgh-company-news/2016/06/26/A-trail-town-mourns-the-loss-of-its-only-gas-station/stories/201606260076?utm_campaign=echobox&utm_medium=social&utm_source=Twitter#link_time=1466961441

Allstate has once again ranked Pittsburgh’s drivers among the worst (most “likely to experience collisions”) in the country: https://www.allstate.com/tools-and-resources/americas-best-drivers.aspx via http://pittsburgh.cbslocal.com/2016/06/28/report-says-pittsburgh-has-some-of-the-worst-drivers-in-the-u-s/

Related: Edgewood woman killed in hit-and-run “accident” near the GetGo on Baum & Morewood, 230am Saturday night: http://www.wtae.com/news/woman-in-critical-condition-after-being-struck-by-vehicle/40231228
Trib says her death has been “ruled an accident”; police thus far have refused to release any information on the vehicle: http://triblive.com/news/allegheny/10707839-74/vehicle-according-died

If you bike through Wilkinsburg you may know the kind, friendly crossing guard (Richard Cruise) near the Kelly School. He died recently. There’s a notice at the street corner where he would stand. The viewing is 9-11 am July 2 at Shiloh Baptist Church, and the funeral is directly afterwards.

$600k grant to improve transportation in Beechview, including biking.

Also just posted that in a recent steps/runnels thread.

I know you guys have opinions on this: a survey on what to do with Heth’s run next to the zoo
http://www.post-gazette.com/local/city/2016/07/05/Survey-asks-public-what-to-do-with-Heth-s-Run-project-near-the-zoo/stories/201607040009?utm_campaign=echobox&utm_medium=social&utm_source=Twitter#link_time=1467756490

Regarding Heth’s Run, if your suggestions don’t fit in their online form, you could email them to Susan Rademacher <srademacher@pittsburghparks.org> at Pittsburgh Parks Conservancy. I sent her the following picture: 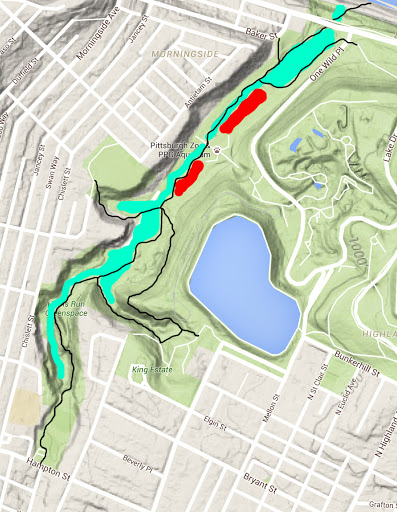 Speaking of things I’m sure just about everyone here has opinions on, Friends of the Riverfront wants your “help [to] make our website more user friendly”: https://www.surveymonkey.com/r/DFH6SYN

The most dangerous intersections in Allegheny County.
WTAE story

My take on the matter: Each of the places mentioned is known for its high ambient traffic speeds.

Biketek the latest bike shop broken into, about 330am Tuesday night: http://pittsburgh.cbslocal.com/2016/07/06/break-in-at-squirrel-hill-bike-shop-under-investigation/

Re: most dangerous intersections in Allegheny County… my daily commute takes me through the West End Circle. Just a week or two ago I witnessed two cars, one in the morning and one the evening, blow through solid red lights at speed. They were both approaching the WEC from the east, headed west. And these weren’t cars that were trying to beat the light, it was a solid red. Given that I cross the street at that spot every day, it spooked me.

I do agree that the biggest culprit is probably the hellaciously confusing signage and lane markings. The intersection that I was just speaking about, approaching from downtown and headed west, is certainly the worst. The rightmost lane is exclusively for turning onto the West End Bridge, but hardly anyone treats it as such. PAT buses especially. The left lane spits you out into three different lanes, and it’s not at all obvious which one you need to be in. It’s an intersection that’s just screaming for some painted lane markings in addition to overhead signs.

Re: Heth’s Run: If they put a paved trail through that valley to Hampton Street, I think it would immediately become the preferred way to get from the Allegheny valley to almost anywhere in the eastern Pittsburgh city limits. It looks like it would be a much more gradual climb than One Wild Place, and surely would beat climbing up over Morningside/Stanton Heights, or braving Washington Blvd. Even more so if the Negley Ave. bike lane came up to meet it.

It would be even more awesome if we had bike lanes on butler street to connect lawrenceville to heths run and one wild place. It would make that an even better connection.

Sgt. Bill Ahlgren said four members of the department, including himself, volunteered to be part of the patrol and underwent four days of instruction and hands-on training to obtain certification from the International Police Mountain Bike Association.

The story of the woman killed on a motorcycle on the Liberty Bridge last night, while not directly bicycle related, has an uncanny similarity to Susan Hicks’s death in October.

From what I gather, she was in stop-and-go traffic on the bridge, southbound. She stopped; the guy behind her didn’t; she got crushed between cars. If anyone else gets a different take on it, please chime in here. (Of course, the car that hit Susan was pushed into her by a third car, but that aspect aside, the situations are similar.)

Only a week or so ago, I motorcycled across the Liberty Bridge at night and got stuck in stop-and-go traffic. If the guy behind you is already stopped, great, but if not, you’re pretty much a sitting duck, hoping the next driver to come along sees not only that traffic is stopped, but also sees that the last vehicle in line is not a car and so needs to stop at least 10 feet farther back.

She was an off-duty cop, fwiw, so presumably knew how to ride responsibly, moreso than the average motorcyclist (of either gender).

@SquirrelHillMag Thank you. No harm, and I understand why out of context it'd look that way.

Props to Mike, who sits about 40 feet away from me.

They don’t give much detail; I wounder what happened to cause him to crash (pot hole, etc.).

My sympathy to his family,

According to the posters at South Side Secrets group on Facebooks, the transient youth that are currently living along the South Side trail are becoming aggressive towards other trail users. Be aware of your your surroundings and we’re asked to call police if you see anything suspicious.

Is there any point in joining the shitshow of comments on that Trib article? Exactly the same comments both directions as on bike stories going back five years or more. The only thing possibly worth noting is the names of the haters.

Nobody will change their minds until and unless motorists actually have to sign their names to knowing the traffic laws. Everyone from the ignorant Joe Yinzer to magistrates and police chiefs and street level cops.

The fix, as ever, is in Harrisburg.

WESA’s Liz Reid is looking for folks who’d like to talk about the Orthopod bulletin board: lreid@wesa.fm or call 412-697-2946 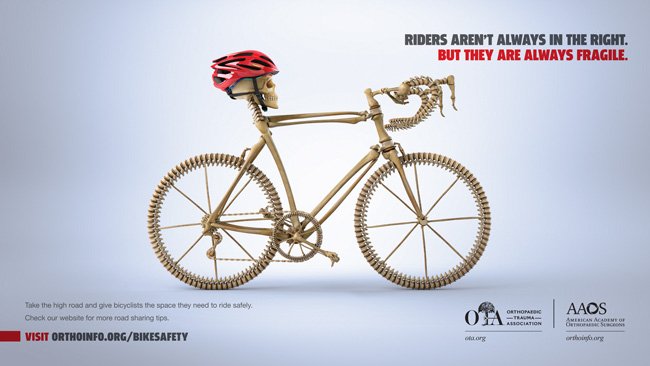 And here’s the article:
http://wesa.fm/post/cyclists-have-mixed-feelings-about-new-road-safety-campaign

Read about efforts to honor cyclists killed or injured on the road and the meaning of the beautiful "ghost bikes": https://t.co/3KO1CXy3Tu

Feel free to tell the AAOS directly what you think of their ad campaign.

“If you have questions or comments about OrthoInfo, contact us at OrthoInfo@aaos.org”

On the final OpenStreets, which will have a new route\
http://triblive.com/news/allegheny/10849953-74/openstreets-west-events

Wow. This is actually going to happen. They’re going to build a deck over the crosstown boulevard.
http://www.post-gazette.com/local/city/2016/07/29/Feds-announce-19-million-grant-for-Hill-District-Downtown-project-pittsburgh-penguins/stories/201607290199

What I think is the first LTE about cycling infrastructure in ages, a complaint about the South Park bike lanes:

Twist: this one comes from a cyclist

Man, 1st Open Streets ever for me yesterday, that was a LOT of people.