Pinkerton Tunnel Rehab on the GAP

$2 Million has been granted to rehab Pinkerton Tunnel on the Great Allegheny Passage! Just in time too because it appears to be on the verge of a collapse.

I wonder when work is going to start. I wonder how long it will take.

Good news none the less (Almost put this is the “out of town news” thread but, I figure most of us are interested in happenings on the GAP).

That will shorten the trip and be another cool, creepy tunnel, but the bipass was the prettiest traveling on the trail, IMO.

I wonder when work is going to start. I wonder how long it will take.

From the article I saw it looked like it’s going to start ASAP. They were citing emergency conditions as a reason for streamlining the funding.
Also: I hate that bypass. I know some of y’all like it, which is fine, but I see enough damn scenery on the GAP. I don’t need a hilly bypass just to see some more. Another tunnel and a nice smooth trail is great.

I’ve thought that the bypass was the prettiest section of the GAP in that neighborhood.

Having said that, the new problem is debris left on top of the mountain by the railroad during their PanaMax process is falling and sometimes comes down on the bypass, so I won’t miss riding in the falling-rocks-zone.

And finally, the mile markers will be (more) accurate and us OCD quantified-self folks won’t remember to allow for the two unaccounted miles for the bypass.

I would rather they spend teh $2 mil on paving some of the crushed limestone. That would make far more a differnce in ease of travel than a 2 mile bipass.

They’re starting work. From the GAP mailing list:
“The Pinkerton Low Bridge on the GAP between Markleton and Fort Hill, near Mile 51.5, will be closed from 3/30 until 4/2. Modifications will be made to the bridge so the contractor can begin restoration of the Pinkerton Tunnel.

“The bridge will reopen on April 3rd and remain open while the Pinkerton Tunnel work is being done. There will be construction vehicles using the trail between Markleton and the Tunnel during the spring and early summer so visitors need to be alert.”

“The goal of the project is to reopen the Pinkerton Tunnel to trail users. The liner will be reinforced and thus stabilized. Then trail surfaces will be created and there will be a direct route between the low and high bridges.

“The present by-pass will be maintained as an alternate scenic route.

“The project will begin with modifications to the Pinkerton Low Bridge. The wooden upper part of the low bridge railings will be removed to provide a little bit more space for construction equipment to cross the bridge. The bridge closure will only be for one week.

“The work in the tunnel will start as soon as the bridge is ready. The work on the tunnel is expected to take a couple months. Once the tunnel is done work will begin on laying the trail surface leading up to the tunnel at both ends. This should be done by mid-summer and the tunnel open for trail visitors.”

Would be nice if they could find somewhere to build a campground and give the loop a purpose besides “scenery.”

also, it would be nice to have a bike tool-and-workstand station (Dero or similar, like what we see at WholeFoods) at either entrance to tunnel – which is kind of in the middle of 18 miles of nothing. (sending an email to RTC)

More more more! Tell me more about this spiritual vortex!!!! I briefly googled and found a global vortex map but it didn’t include this spot.

But actually related to this thread, I am stoked that there’ll be two options there. 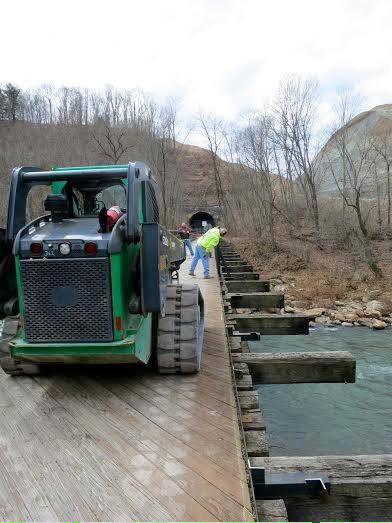 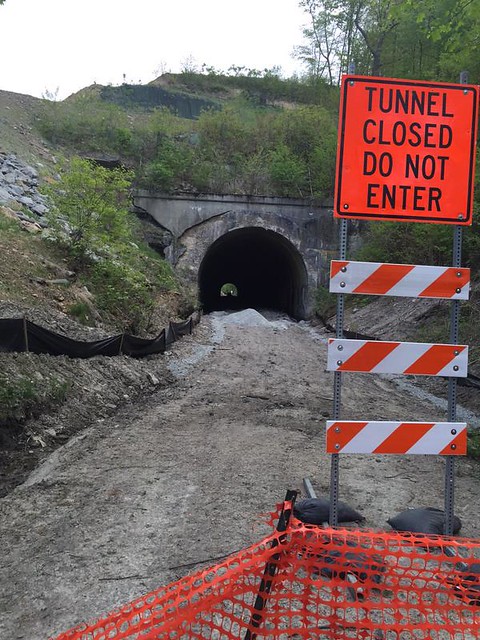 I still have mud on my bike from the attempt to go through that tunnel on ctc. It will be nice when it is open.

I was there yesterday and took these photos. They’re building a steel tunnel inside the tunnel and making progress. 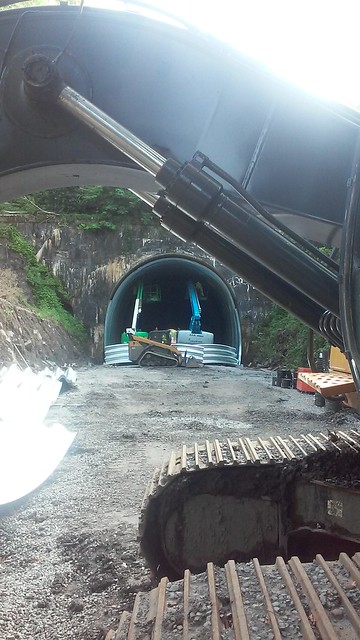 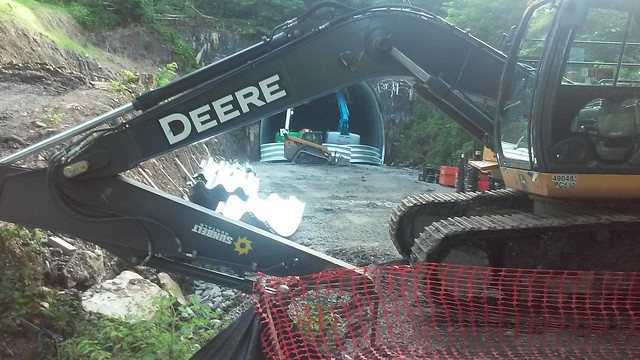 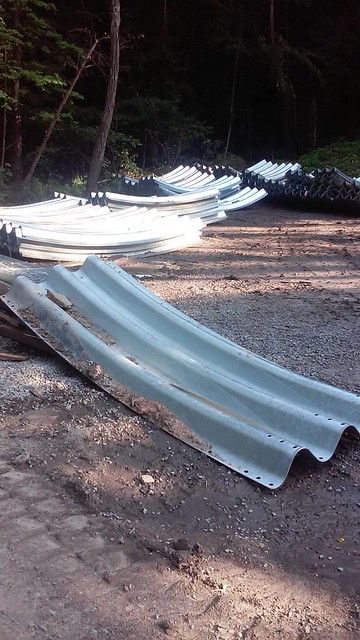 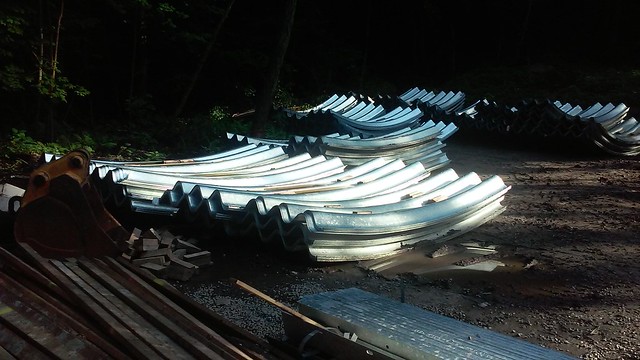 Sorta like the bridge under the Greenfield bridge approach?

I was thinking the same thing.

If only they had built the bridge under the Greenfield bridge higher, say an inch or two under the current bridge. When the original Greenfield bridge finally gave way and collapsed an inch onto the shiny new bridge beneath, people would just think the pavement had gone a bit lumpier than usual.

You know, you say that in jest, but a light bulb lit up in my head…the Greenfield bridge is such an open framework, I wonder if anyone considered building the permanent steel structure outside of, and through the existing concrete structure while the bridge was still in operation, and demolishing the concrete structure out from underneath. That would have cut down-time down to a fraction. I would imagine that approach would have also put Pittsburgh on the global engineering map. Again. Oh well, I guess I’m just not an engineer.

The Pinkerton tunnel opened on September 19, and now we’ve had our first rescue in the tunnel. This man, traveling the GAP trail on a motorized wheelchair, spent three days in the Pinkerton Tunnel. It’s hard to believe that nobody came along for three days. Traffic is lower this time of year, but it’s not that sparse.

“A Pittsburgh man has an incredible story of survival after his wheelchair broke and he was forced to spend nearly three-days inside an old railroad tunnel. Police say he was headed to Connellsville on the Great Allegheny Passage when one of the wheels on his wheelchair came off. He became stranded inside the Pinkerton Tunnel. Emergency officials were called in to rescue the man, but the tunnel was too small for an ambulance to rescue him.”

Pittsburgh Man Stranded Nearly 3 Days After Wheelchair Breaks In Tunnel
He was rescued on Sunday.
http://abcnews.go.com/US/wireStory/man-stranded-days-wheelchair-stalls-tunnel-34256558

What is your source for “motorized” wheelchair?

None of the pix or descriptions that I’ve seen support this.

A friend of mine met the individual on the trail before they had this bad experience. Getting stuck for that long is hard to imagine

The PG has a different take on the story.

BTW, I went through the tunnel yesterday, and it’s in great shape. Huge, finished. You could drive a truck through there. And the bypass is, indeed, still there, or at least it’s marked.