There will be a ride of remembrance for Taylor Banks October 21 at 3 pm.
Taylor was riding to his grandmother’s house after working a shift at Subway three years ago on Halloween. He was killed by a drunk driver on Route 51 (a state bicycle route where three other cyclists have died since).
The ride is a big deal for the family. They were gobsmacked by Taylor’s death. Remembering him helps give meaning to his death, and raises awareness of cyclist safety on this dangerous road.
BTW, efforts are underway to create alternatives to Route 51, which is difficult to avoid if you’re heading west from Pittsburgh. Rides like this help call attention to these efforts.
The ride will meet at the Moon Industrial Park, 1729 Pennsylvania Ave. We will have a motorcycle club and police escort. Please come if you can. 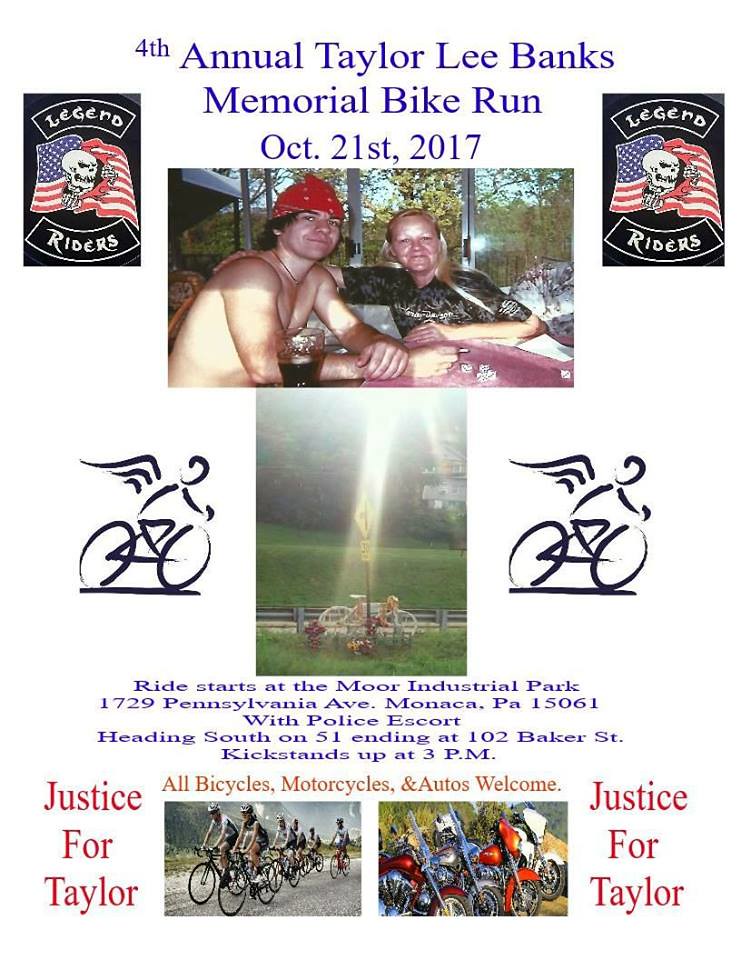 A couple of photos. We had about 25 motorcycles and 10 bicycles.

And one of the brief ceremony.

What an inappropriate forum for spam

Methinks DavidV and joannajhonson are cut from the same cloth. If either had a shred of sense, they would have picked just about any other thread to dish out their spam on. If either of you is reading, and human, you cannot possibly be in Pittsburgh and know what this story is about. Howzbout you (or whatever/whoever is controlling you) kindly disappear. Kthxbai.

Erok was nice enough to give me “moderator” superpowers, which allow me to mark messageboard posts as spam, walk on water, levitate, and other cool powers. I took care of joannajhonson and DavidV’s spam posts from the past few days. If you see other spam messages that need zapping in the future, send me a BikePgh Private Message.

If Joanna returns, I think we should tell her that she misspelled “Johnson”.

We are doing the ride again, on October 20th this year.
We will have a police escort this time. Last year we had a automobile driver that attempted an unsafe pass, resulting in a crash, though fortunately no serious injuries.
The plan is to start at 3 pm from Moor Industrial Park (1729 Pennsylvania Ave, Monaca, PA), heading south on 51 and ending at 102 Baker Street.
This is a combined ride of motorcyclists and bicyclists. It is a very friendly atmosphere, and the family deeply appreciates the support we’ve shown them over the years. Please come if you can. 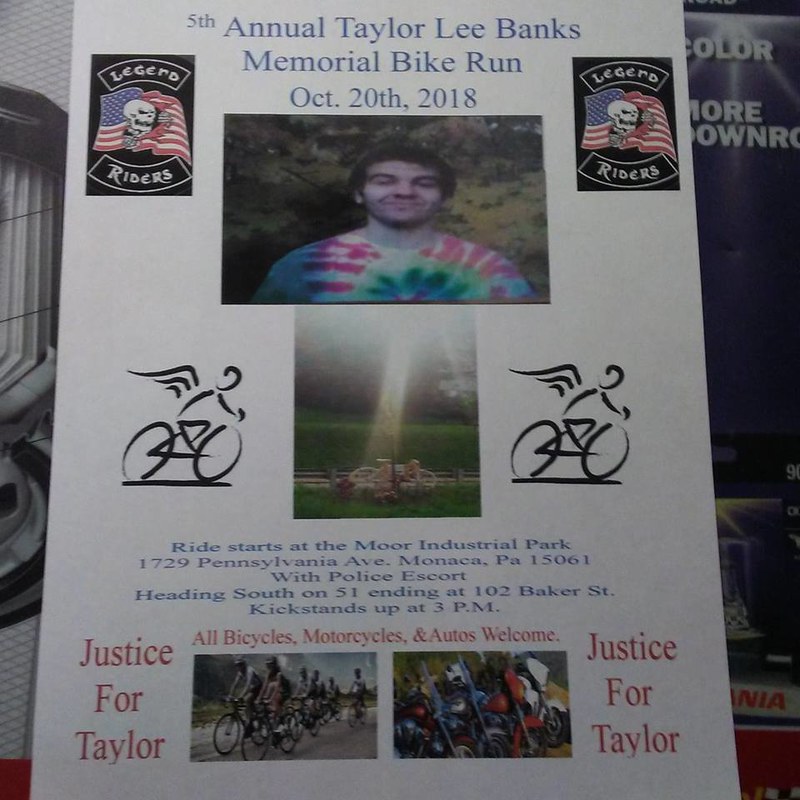