I have way too much stuff, and it’s starting to drive me nuts. I thought others might have the same problem, or possibly need stuff I have. So, this thread for folks to post things that may be best moved on to others.

First, a kids bike, 20″ wheels, 7 speed, custom paint job, well maintained (duh). Was a silver/gray Rhino, if that’s important. Fully disassembled and regreased at the time of the paint job. Shoot me a lowball offer, whatever it’s worth to someone. I’m more interested in getting it out of my garage and having someone use it than making money off it. A “stunt” type bike. Some generic make (Vertical??). I bought it a while ago because I thought the aluminum frame was pretty cool. But that’s no longer justification for it to take up space. 20 inch wheels, spinner brakes on the front fork, footpegs both ends. Sadly, no one in my family has followed the path of the stunt biker. Maybe someone can use it. Lowball me. Handlebar collection. One or all, free. Flat bars and cruiser are steel, drops all alloy. Use them on a bike or make art out of them, don’t care. If you have a specific need, pm me and I can send dimensions. The bar with the stem is a matched set, Nitto Olympiad, super short stem. The stem has really cool Japanese engraving on the part you never see! I think it means “line of death”. Seats, free. Yellow on the left is a Selle gel, quite cushy for an ass hatchet. On the right is a beat old Selle Turbo, pretty comfy, and would instantly make any bike look like an extra from “Premium Rush”. The following is free to a good home:

(1) A 2-bike, strap-type bike carrier for a car, i.e., one that straps to the trunk with nylon straps. It is in good shape and works well enough given what it is.

(2) Tire liners for preventing flats. I think they are the “Mr. Tuffy” brand, and if not, they are that style. I found they were more trouble than they were worth, but they do work as intended.

(3) A Profile Design stem adapter for converting old-style threaded stems to 1 1/8″ threadless stems. This and a modern 1 1/8″ stem/handlbar combination is a nice upgrade for an older road bike.

(4) An Easton carbon fiber seatpost from my old Specialized mountain bike. I think it is 30.9mm, but am not sure. I will check if anyone is interested.

Email me at jcm250b at juno dot com if interested. I am downtown every day and am otherwise pretty easy to find.

1) An old Lockhart “tank bag” from my motorcycle touring days. It measures about 12″ wide by 14″ long by 8″ high. It looks like it would work nicely as a “trunk” on the top of a standard touring-style rear bike rack.

2) A 12″ by 16″ spider web-style bungee. These are often used on motorcycles to strap things to the rear seat. It might be useful for fastening odd-shaped items to a trailer or rack.

Also, the items in the post above are still collecting dust if anyone wants them.

This wouldn’t be until much later, but I just had an idea…

If they’d be willing to have us, there’s already a large space with people congregating who are fans of bikes

Edmonds59, you have your own mini Bicycle Heaven in your house.

If all else fails donate it to Free Ride for a tax deduction.

Does anyone want a nice vintage steel bike? 1987 Fuji Del Rey. Advertised in craigslist but I’m just sick of dealing with CL idiots who don’t come through, and I’m tired of looking at it. I’ll let it go for a fraction of what I advertised it for. Make an offer. Maybe this belongs on craigslist, but I thought I would ask here first. Does anyone need any 2×12 lumber? I have a bunch of roof joists from an old building I demolished; they range from 10′ to maybe 20′ in length. They are full of nails but would clean up nicely. I don’t need them and neither does the Wheel Mill. I would be OK with delivering them within the City of Pittsburgh or thereabouts. Text me at 412 – six five one – four six three four if you could use such a thing.

I have five new Hutchinson Cobra 29″ x 2.25″ mountain bikes tires. They are free to anyone who wants them. I thought they would make a good budget tire; they didn’t. Performance was terrible on the wet roots and rocks that dominate my favorite trails. That said, they would perform well as rail-trail tires, or at the county parks, or even as winter commuter tires for pavement. Contact info is the same as above.

Can always donate to free ride if no one takes them.

If anyone wants two Shimano XT 160mm, two-piece (aluminum carrier and stainless brake surface), 6-bolt brake rotors, contact me at the phone or email above. They are in almost-new condition but I will never use them.

Hey, here I am again! Does anyone need or know anyone who needs a good, basic, transportation bike, cheap? This is a 1986 Fuji Palisade, about 54 cm (translate to someone 5’6″ – 5′-8″) a high quality “quad butted” steel frame, no iron-pipe special, solid and straight, wheels are straight. The paint is scratched and scuffed, making it ideal for the city. Fully gone thru, re-greased and sorted from the bottom bracket on up. Good (if narrow) 27 x 1 1/8″ tires, but it would take 32 mm tires easily, if you want to go that route. Ready to go, needs nothing (well, maybe a pedal dust cap, before any of you eagle eyes get me on that) but accessories. Very cheap. Very. Would like to see it go. I have a very old Gary Fisher “Zebrano” bike, which is something of a cross between an old-style mountain bike and an old-style cyclocross bike (about 32c tires, flat bars, cantilever brakes). It looks like a medium frame. It is in excellent shape and would make a great lower-end commuting or rail-trail bike. I would give it to any of the board’s regular commenters who would actually use it.

I also have a Ross “Mt. Jefferson,” basically a small, low-end female-frame mountain bike – also free to any commenters who would actually use it, or, more likely, would convey it to someone who would use it. It is likewise in great shape.

Send a text to 412 – six five one – four six three four if you want me to send a picture of these bikes.

I’m about to scrap or take to Free Ride a pair of Spinergy SR-3 road bike wheels (100mm front spacing, 130mm rear spacing). Both rims are true but the rear rim’s braking surface is getting near the end of its useful life. There is otherwise nothing wrong with them other than the fact that I will never use them. I have both Shimano and Campagnolo freehub bodies for the rear wheel. Call or text if you could use them, otherwise they will be discarded as soon as I get around to it. 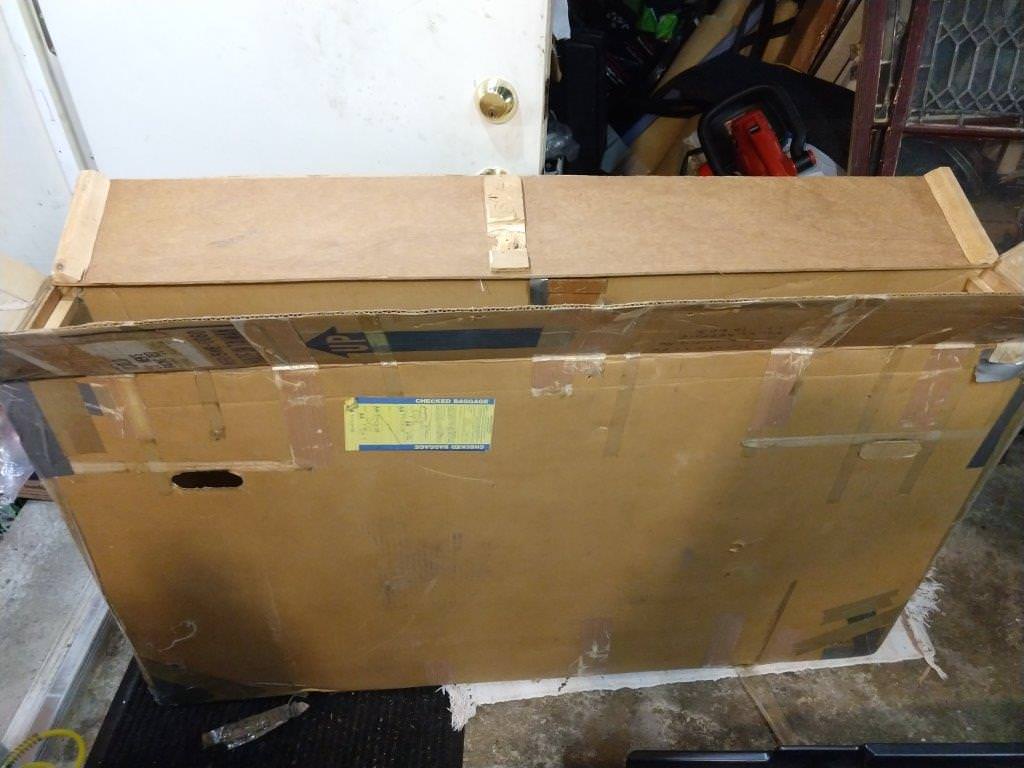 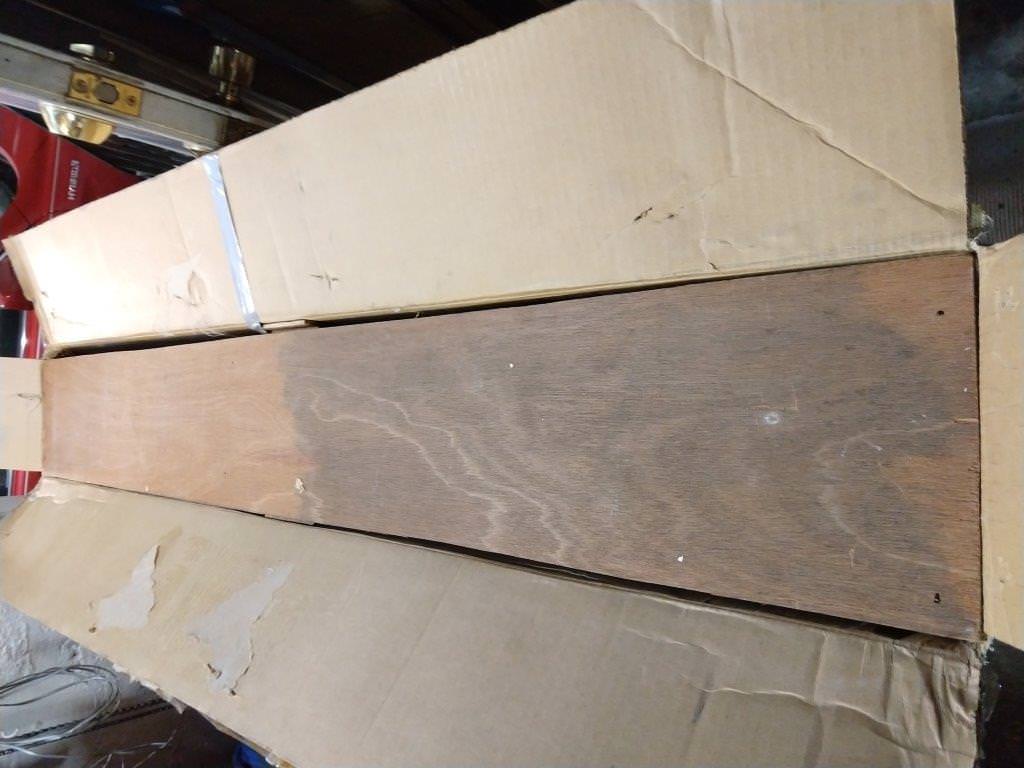 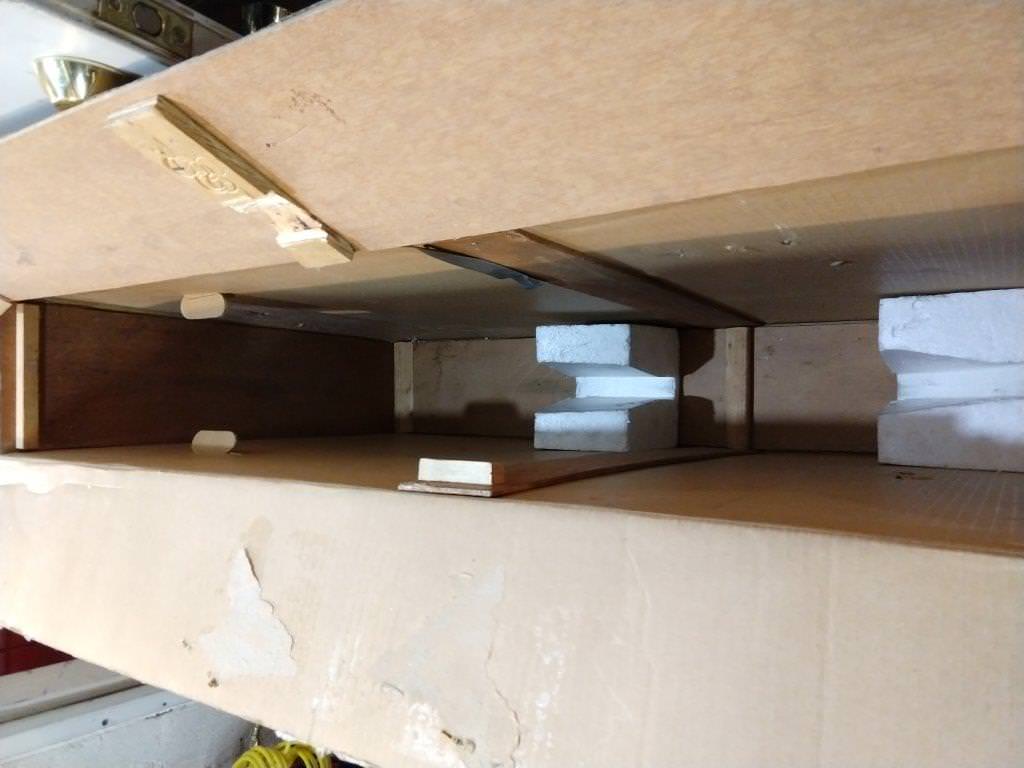 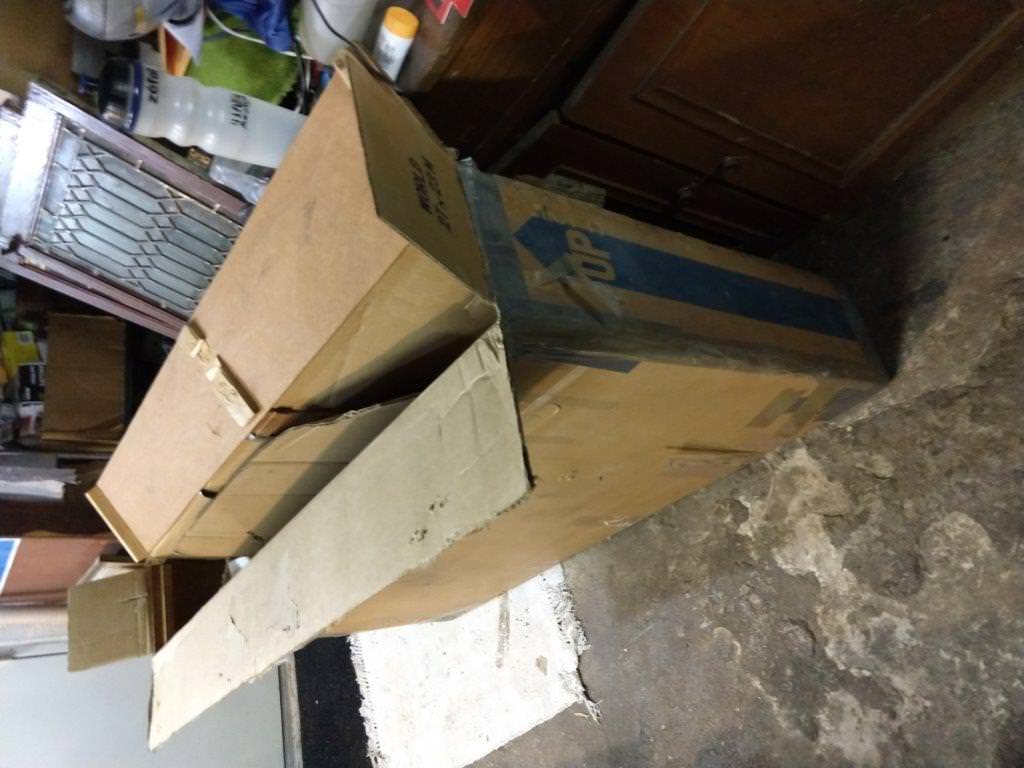 Hey Mikhail,
This box has outside dimensions of 51.5 x 30.5 x 8 inches.
Maybe one or more of the photos will spark some interest?

Maybe someone at Free Ride, if the bikepgh doesn’t find anyone.
Please consider the environment before printing this email

Here is something somebody here might want, a 5-man tent from the 1970’s, canvas not nylon, so its old school quality and complete. My neighbor bought it new and he and his wife were the only ones that used it, always took care of it, cleaned it after each use, and dried it out before putting it away. They don’t go camping anymore and I thought I would use it but its unlikely, so its on its way out. I was going to put it on Craigslist for $50 and sell for $40, but if somebody here wants it for $20 it’s theirs. (tried posting photo but it won’t upload for some reason) Located in Ross Twp.