thanks Stu, my version doesn’t show that on right click.

Try pressing Alt and then use the Source option from the View menu.

Sorry to keep you all waiting on a lovely day. Here’s the new tag at last (I borrowed someone’s laptop to be able to post) 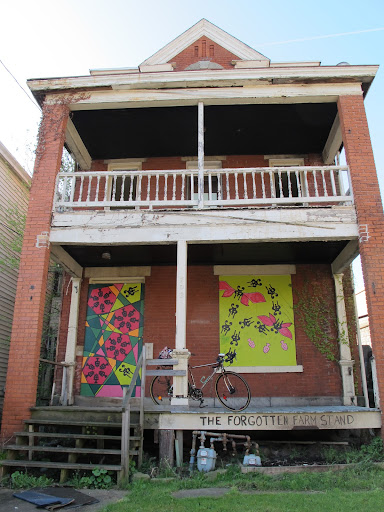 Find this house. Rules are that you have to bike here, but maybe on the way home you’ll go multimodal.

I do not have time to ride to an untagged neighborhood tonight and I would like to keep the game moving so here you go with an easy tag in a familiar neighborhood.

Marko and chemical Dave also in this

I saw you on your way to get this! Should have looked at where the tag was and I would have followed along… or I would have snagged it before you. I was riding past this moments earlier.

Was that a Team Decaf Group Tag?

We went after the team decaf ride. We offered to everyone, but just the three of us went. I will post a new one tomorrow when it is light.

Grrrrr, I had the chance, I should have gone. I was just pooped out – been working too much.

Uh oh, did we not invite you?

He was invited. He decided to go home.

New tag (let’s see if I can get this to work from the phone again):

This looks like it belongs on a castle fit for a king.

Wow — I never knew about this structure before. It would be a fun setting for a home movie — medieval zombies take over the east end or something.

Where in HP is this. My daughter “princess marvelous” would love to see this.

It is on Elgin right off of negley (near where it ends). There was a small fence that appears to have been knocked over by people trying to get to the structure. That is why I didn’t lean my bike against the structure, because it appears to belong to whoever owns the King estate (the mansion can be seen in my pic on the left). It is a good place to take your kid sledding in the winter, as I think the hill next to it belongs to the city.

It’s for sale. First $2.1M gets it. http://curbed.com/archives/2011/10/13/pittsburghs-king-estate-restored-to-its-second-empire-glory.php

The tower is what remains of a more elaborate “folley” which I think extended across where the driveway is now.

New tag, in an untagged neighborhood. I had to climb a mountain to get this photo of some Pittsburgh landmarks.

Think they’ll give a discount for a group buy?

I’m not sure exactly where this is, but I’m thinking it’s somewhere out Lincoln Avenue.

I don’t want this to drag on like the East Hills tag.

Sighting on Mellon Bank and the <del>UPMC</del><ins>US Steel</ins> tower, visible in the photo, I don’t think you end up on Lincoln Avenue.

Do you guys want another clue?

Please? This looks like it could be anyone’s backyard.

i know approximately where it is, but not exactly. doubt i’ll get there tomorrow, but the first clue is a pretty good giveaway, as is the orientation of the two prominent buildings in the image.

Well, I’m conflicted, because I like the game to move quicker. So here’s another clue. This neighborhood is the remnant of a township that comprised most of the area south of present-day Pittsburgh, including Mt. Lebanon, Bridgeville, South Park, etc. The neighborhood kept the township’s name when it was absorbed by Pittsburgh.

Umm I am not gonna stroll around in this neighborhood (if I am right) looking for this spot.

hmmm, I think liking the game to move quicker and liking to post untagged neighborhoods may be slightly conflicting likes.

4 days is a looooooong time for a tag to sit. May be the longest ever in this game, even in the dead of winter.

yeah umm it seems as though all of the neighborhoods south of the city on the map are tagged..unless i am reading the map wrong, which could be a possibility. i agree with dmtroyer.. making a tag difficult doesn’t necessarily make the game move faster. hoping someone who is more familiar with that area will get it soon.

I am tempted to say this tag is ungettable. I guessed the NE corner of the city, based on lining up the two tall buildings, looking at a map, and estimating distance, and I was waaaaaay wrong. So if it’s somewhere out in Knoxville or Hays or some such, I could spend all afternoon riding around, and could well miss it if I happened to be looking the wrong way at the time I rolled past it. See Rule #2.

i was thinking hayes or beltzhoover. maybe if i found the time to explore, like i have on other tags, and google it, i would find answers. it seems as though the angle is right some place along arlington, but it seems to be more south west than that road. there are lots of hills up that way, so i am not sure what can be seen from which street, cause i am not sure if there will be a hill in the way. the truth is, if i think a tag is in a neighborhood that i hear mentioned on the news in relation to shootings and crime, i tend to find it on google maps first, ride there quickly, get the pic, then get out quickly. paging mr marko.. this seems like a tag you would know…i am guessing it is near your hood

I Google StreetViewed all around near Glenbury and Aaron in Brookline, an area I’m familiar with, but can’t line up a clear view of Downtown.

I’m also trying to avoid Rule #7, but after three gorgeous days of riding and nowhere in particular to ride to, I am getting a little antsy.

Yeah I’m thinking it’s south, but a quick googles gets me nowhere. The “untagged” and other clue isnt working either. Of course I’m going to do a head slap when I here where it’s at.

pretty sure this is off mountain ave in mt oliver given jon’s “climb a mountain” clue in the initial post.

I found it. Don’t have a camera, but you can see it on Google (only without downtown in the background).

I PMed one player, who I think is most likely to get it. If he doesn’t get it by tomorrow, I’ll PM another.

Next to Clairton works (between the parking lot and the mill) there is a graveyard with some of the folks that the township Jonawebb refers to was named after. The southside was the lower part of it.

Jonawebb, that pick certainly appears to be from someone’s back yard (I could give you their address). I don’t think that is really cool in that neighborhood.

For the record, longest-sitting tags to date are probably Tag 67 (St Maximilian Kolbe Parish) and Tag 83 (Homestead Frick Park), which each took about 9 days until the next tag was set. I think the biggest factor in the delays wasn’t the weather, but that they were just too obscure without clearer clues.

Extending one of jonawebb’s other clues, the neighborhood this is in has a companion township that’s on the south edge of Allegheny County…

I appreciate the help. I think you’ll find, when you go there, that the neighborhood is much more calm and middle class than its reputation suggests. From the look of things there were some projects there some time ago which were torn down and fenced off, like the ones in Arlington Heights. But riding around the place, looking for an identifiable spot to tag, I felt perfectly safe.