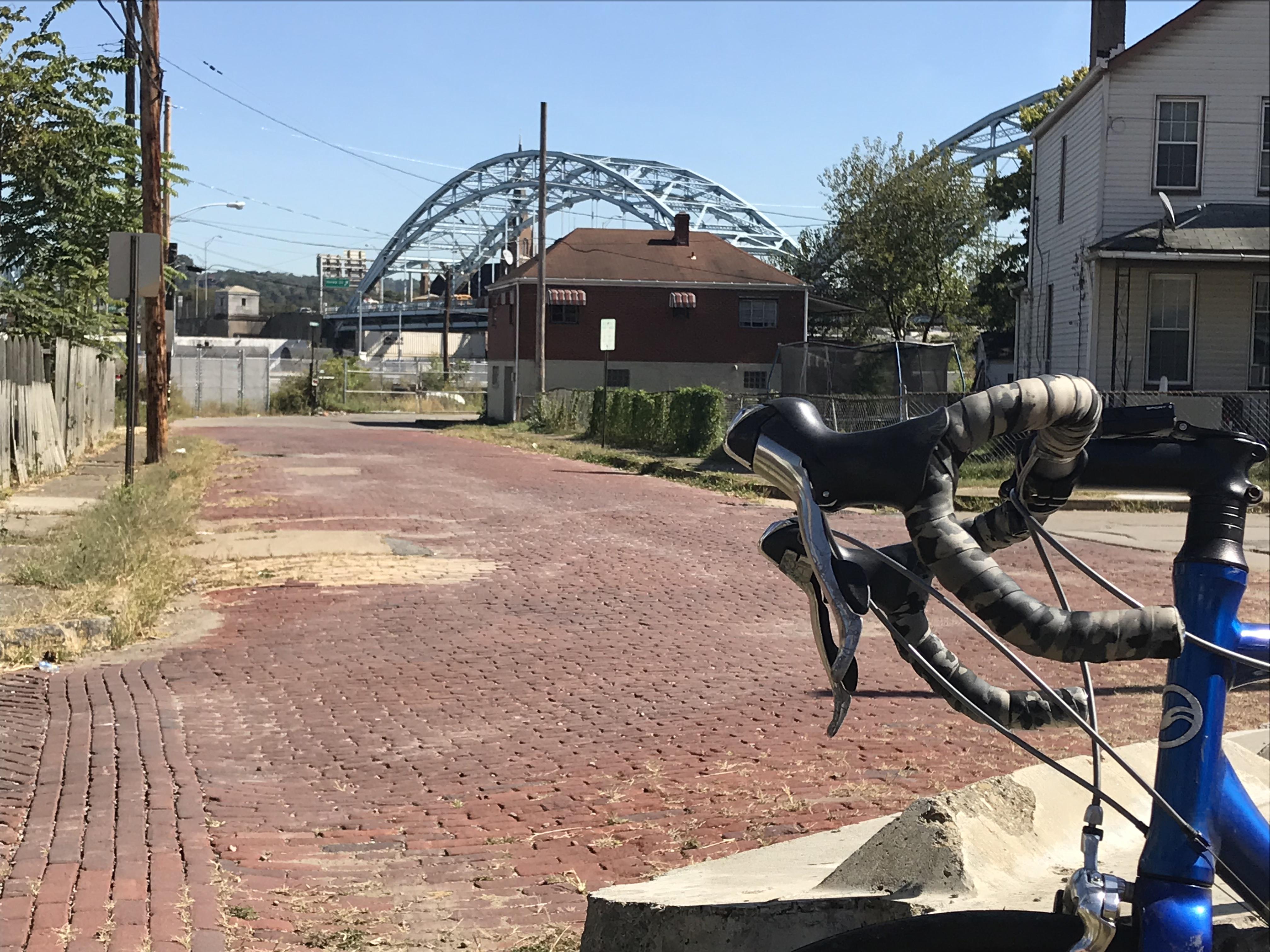 On the right side of the law

you’ll find a Row of houses,

that overlooks the river

but doesn’t face the water. 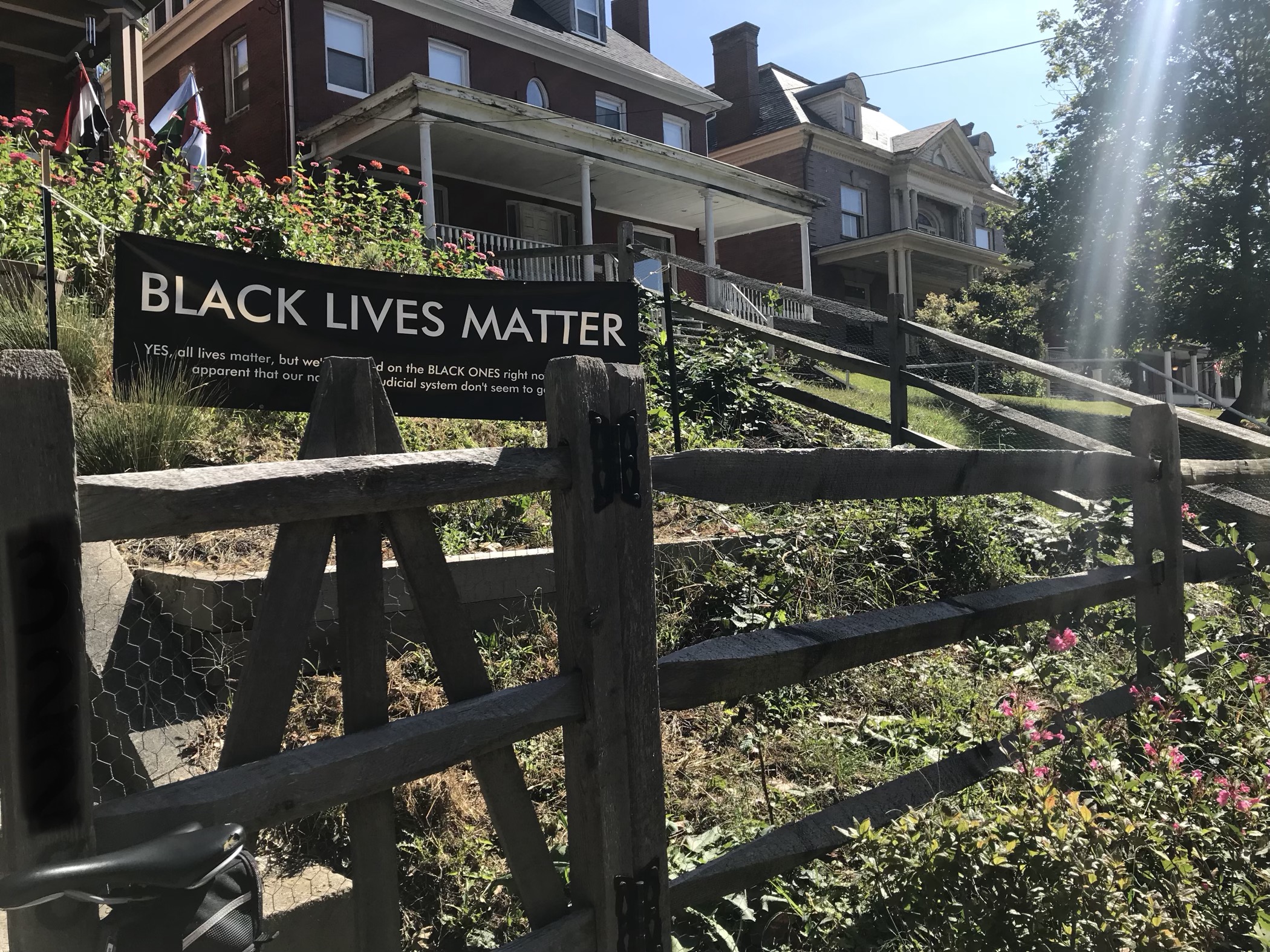 Where is the other tag, by the way?  Can you give a street?

I grew up in the North-east, a city near a ferry.

Our mascot was Thomas MacDonough, yours Matthew Perry.

Put your car in reverse,

Place it in park,

You’ll get a good view of the river,

When you hit the mark.

wow, I’m really sorry, the clue from Wednesday should have read:

“I grew up in the North-east, a city near a ferry.

Our mascot was Thomas MacDonough, yours *Oliver Perry.” 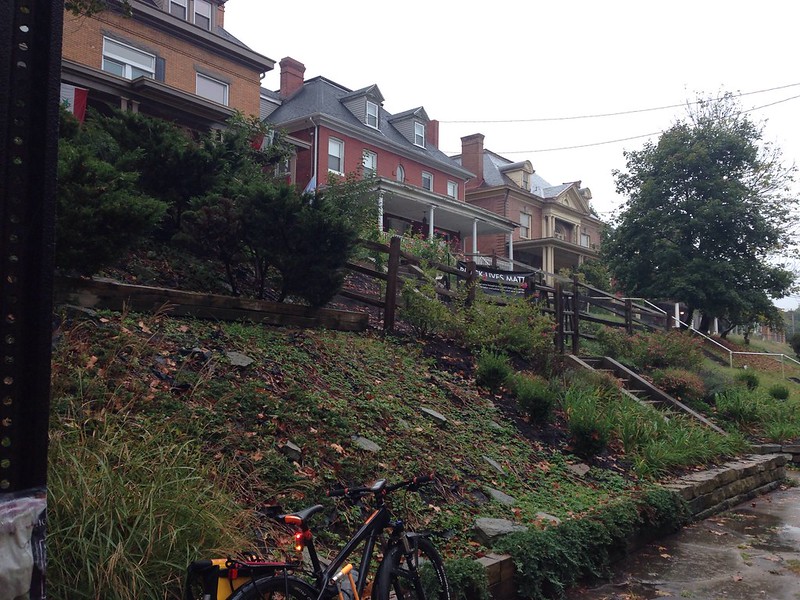 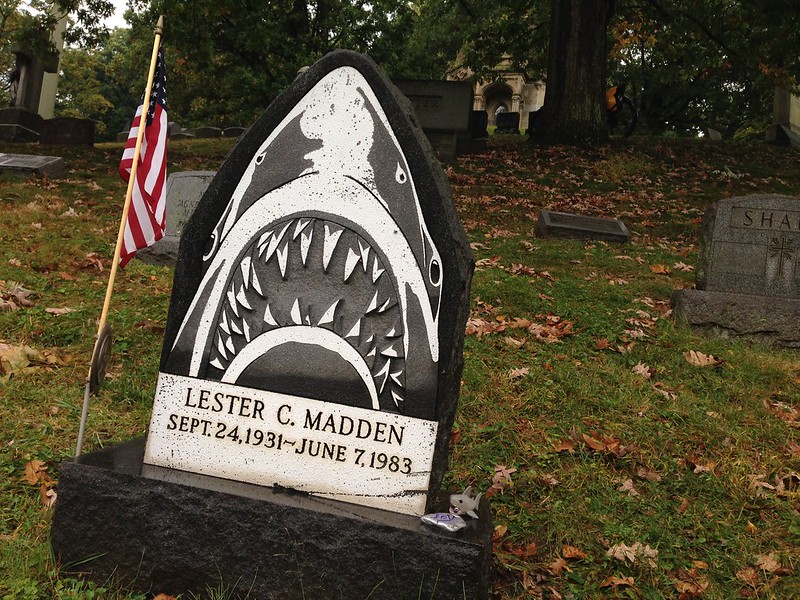 I’m pretty sure this was used once before. I recall two of us got bruced trying to get to it first, back in the days before I had Internet on my phone and I had to dash home or to work or a coffeeshop with laptop, plug in and upload the photo.

Yeah, I quickly checked the map of past tags in advance but until I found the shark in the real world I wasn’t sure exactly where it was. Sorry about the repeat.

Some things are so cool they should be repeated as tags even if a 1 second Google search brings up the exact location. (:

I’m newer to the game so a) repeat tags are inevitable, and b) some things are so neat it is good to visit them every few years.  I bet Lester would get a kick out of this being in the game 2x

A Korean War Veteran, Lester C. Madden loved the movie Jaws so much that when he died in 1983, he wanted to spend the rest of time buried under its iconic great white shark.

The toy shark is great. 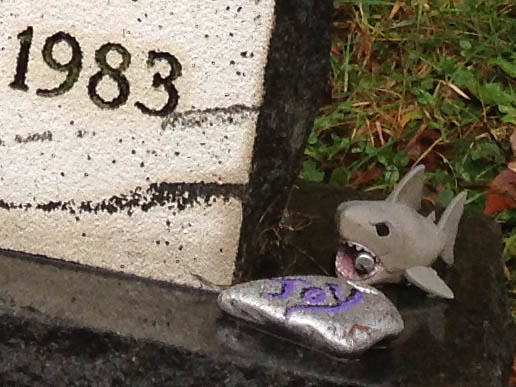 BTW, I think this would be an especially good tag for a new or less-experienced tagger to pick up.

This has nothing to do with the game, but I just had a feeling of deja vu looking at this tweet from a company that provides bus stop information. The yellow trash can across the street told me, hey, that’s gotta be a Pittsburgh Downtown Partnership trash can, so where in town is this?

Give your riders real-time info without having to download an app!#solarpower #ePaper #APTAEXPO in Booth #2140 pic.twitter.com/XsObc8jxaI

A zoom on the bus stop sign told me the routes the stop serves, which helped me narrow it down quickly.

NOT THE TAG, but a fun little find while pawing through my Twitter feed. 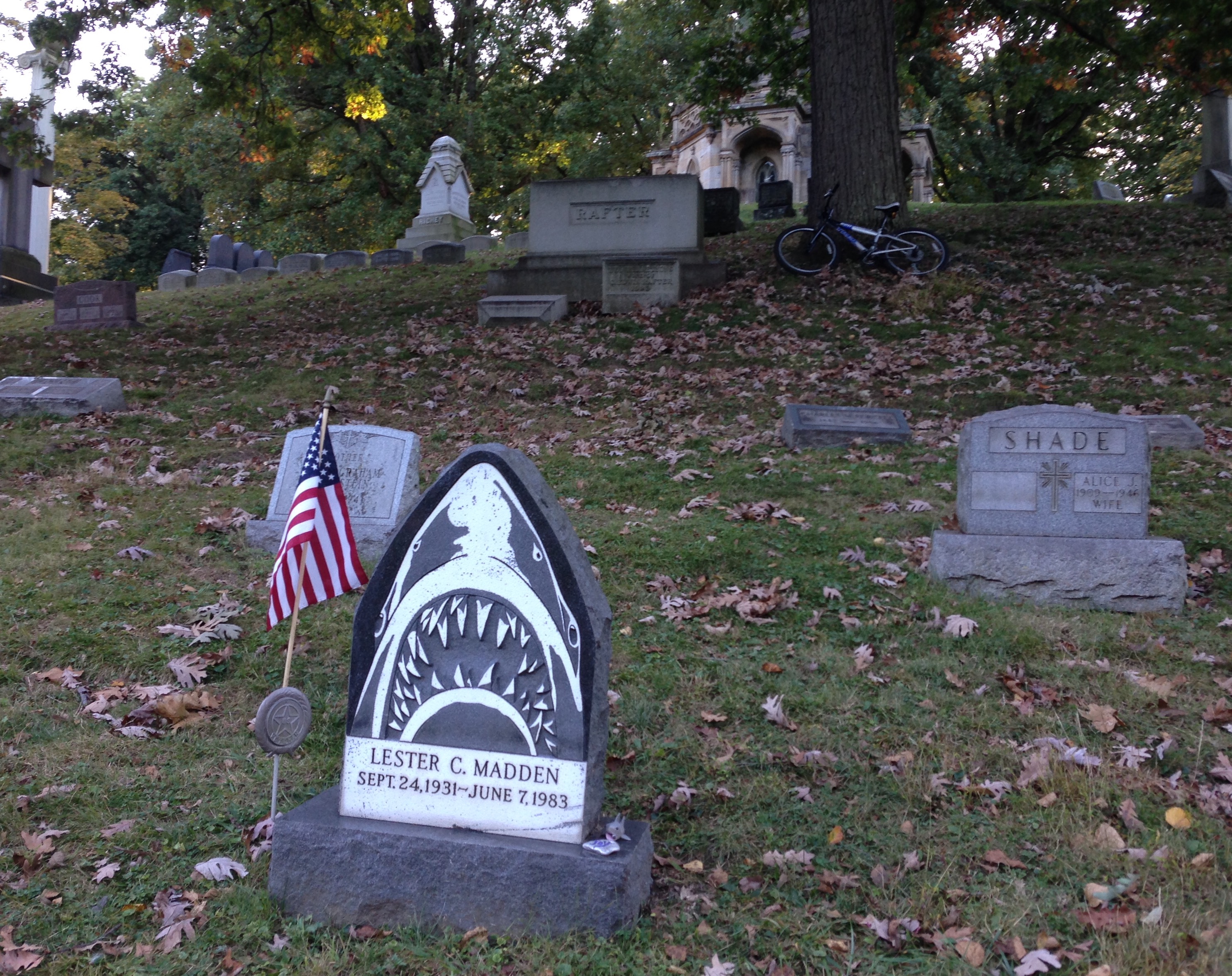 The valley where they grind 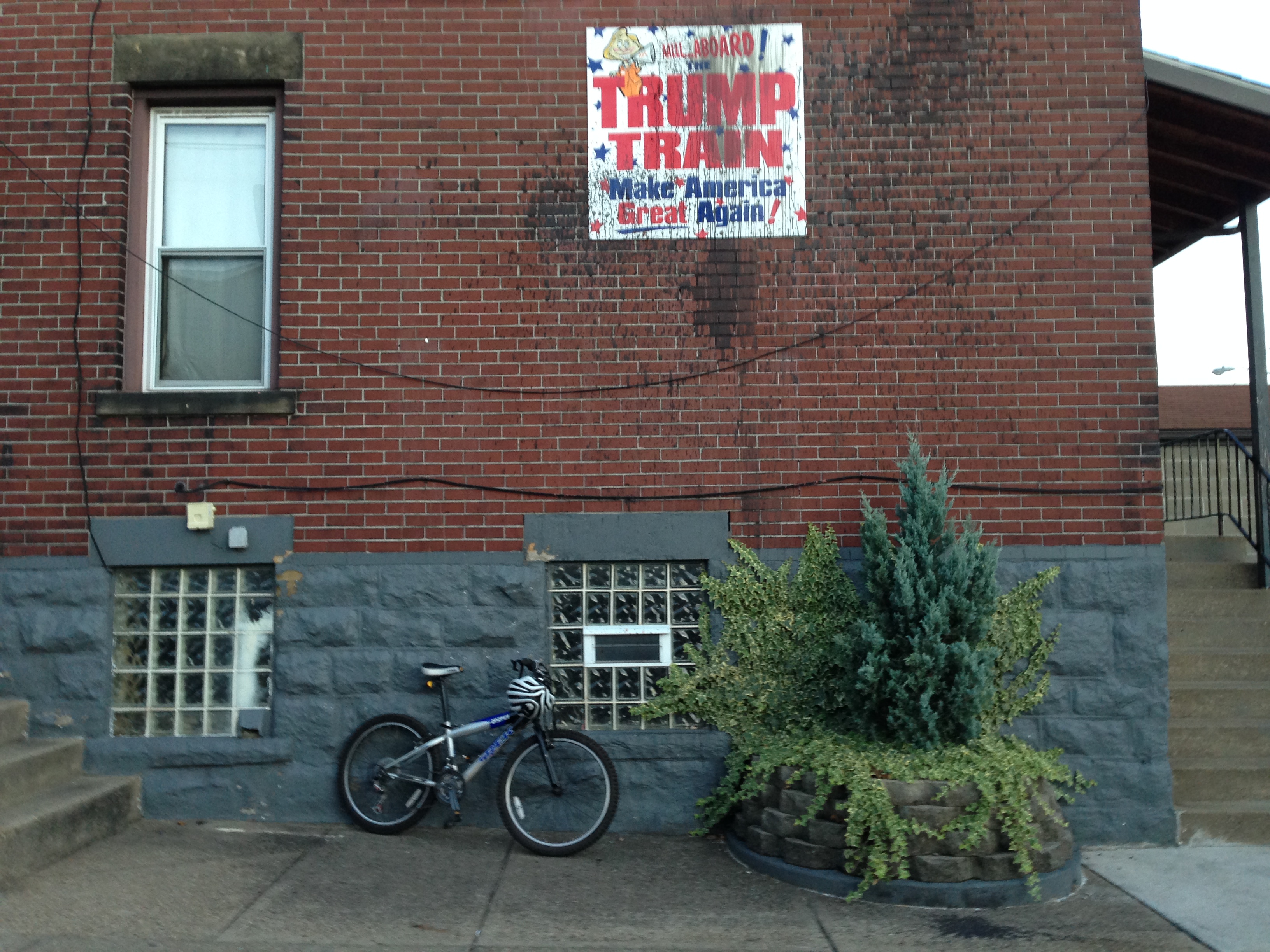 Ooof. I have to see that Trump Train sign, again.

For those (not quite) following at home, Kleiner Peter got the tag because @ph posted a pic that did not include any recognizable bicycle parts and as such it did not constitute a pick-up. Either @ph messed up (which we all have at some point or another) or, to pile on, he pulled the pic from his archives (which we all maintain).

Anyway, back to you @edronline… I assume you’ll pick up by noon tomorrow?
And (since I happened to see it go by), it’s not a train, silly; it’s a plane!

@Ahlir: incorrect. See the orange pannier in my picture? See the (dark) rear bicycle wheel near that pannier?

(The shark seemed a bit hostile and I didn’t want to set my bike too close.)

the orange pannier in my picture? See the (dark) rear bicycle wheel near that pannier

I obviously didn’t pay enough attention: I assumed your 2nd pic was the pickup. To be honest, I think that the 2nd pic would have made a better tag. It’s something that the regulars would have picked up on. And with the right clue most everyone else would have figured out.

I may be over-thinking… but hey, it beats under-thinking. (There’s, uh, a difference. Right?)

Hola. This one is not that dificil, but maybe you need a tip?

A street named for the valley where… 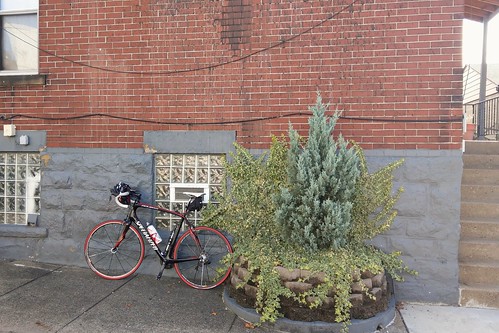 Time for a new tag. Let’s erase the Specter of the Trump Train with some Good Old Honesty. 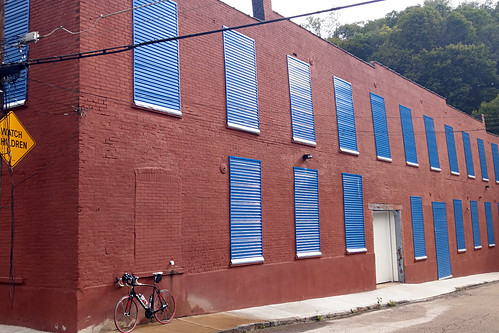 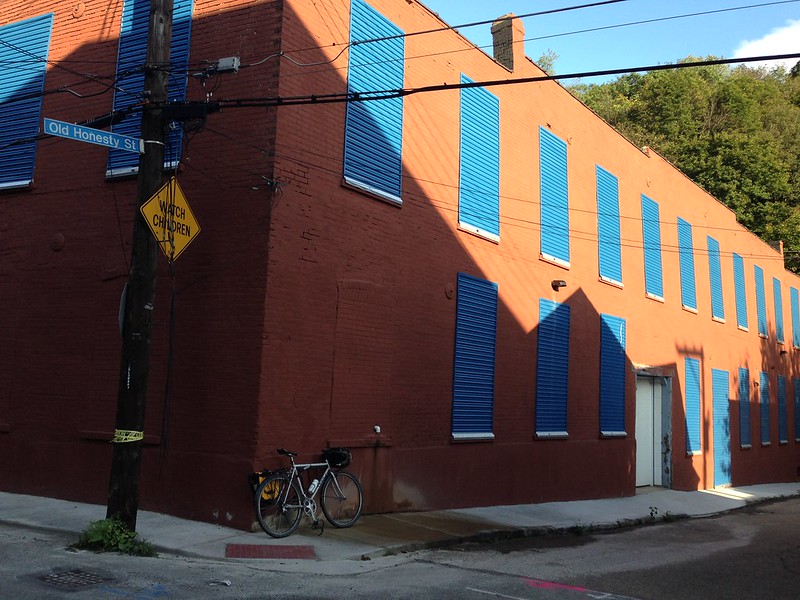 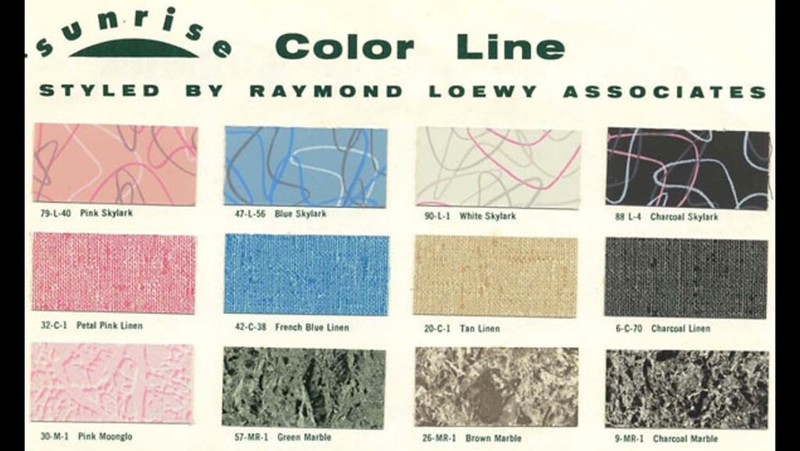 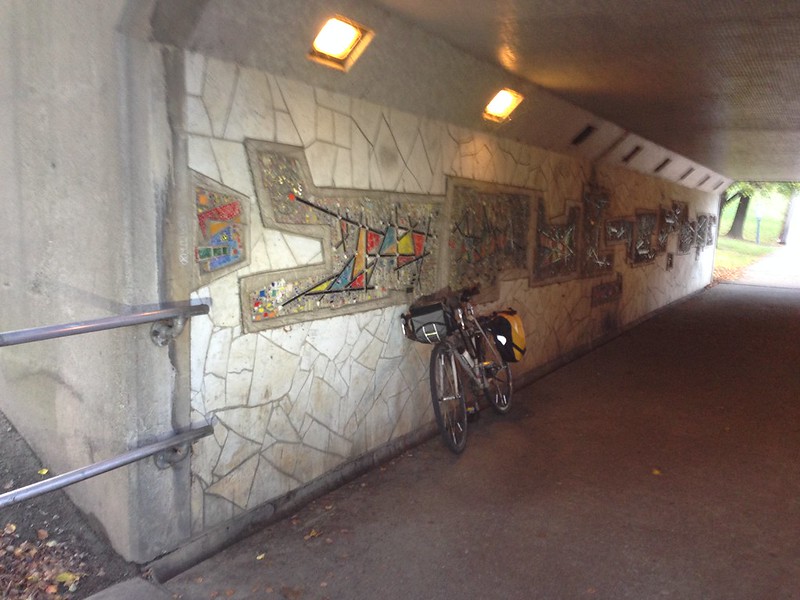 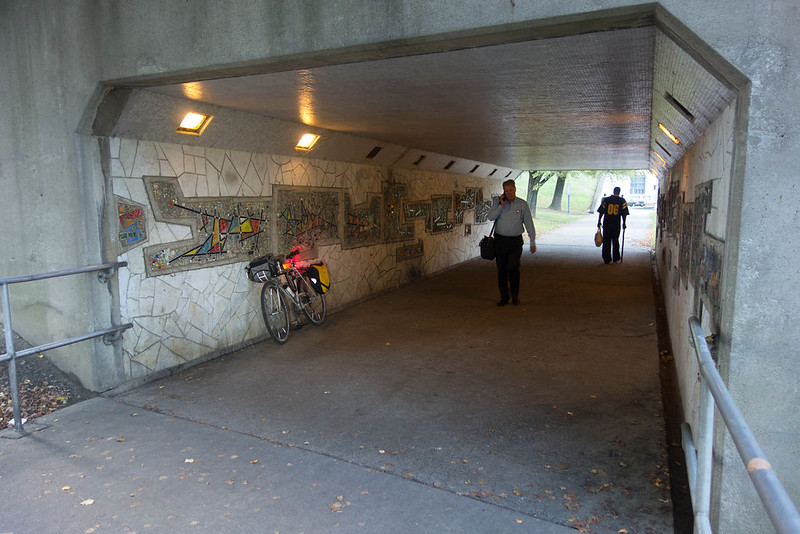 Raymond Loewy designed a lot of different things. One of my favorites was the 1963 Studebaker Avanti.

As to the new tag, I believe the historical marker in the background mentions oil, salt, or both. I walked through there a couple days ago. I’m off pedals for a while, so let’s see if that clue helps anyone. 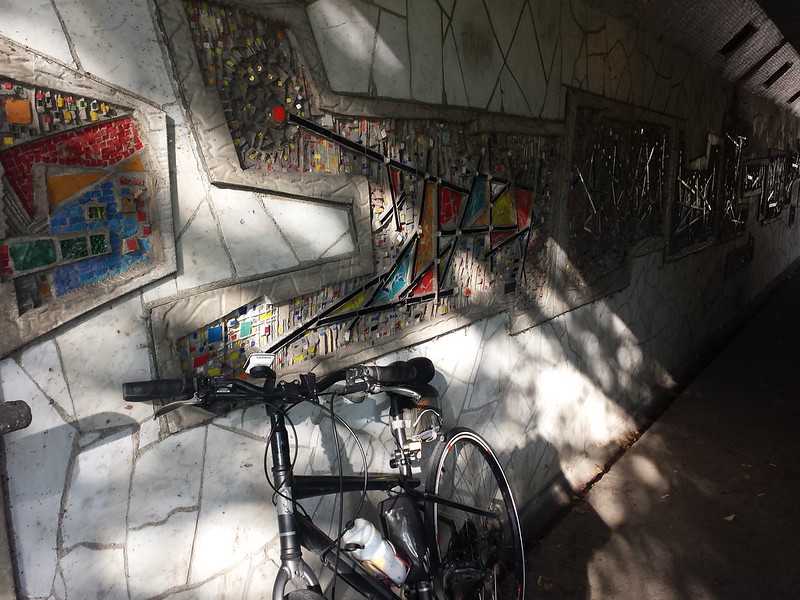 Happily picking up this tag for the 2nd time.  Underpass at downtown Doubletree building.

I read about the mosaic here http://www.post-gazette.com/opinion/diana-nelson-jones/2017/08/21/Diana-Nelson-Jones-Walkabout-Crosstown-Expressway-cap-pittsburgh-mosaic-mural-artist-Virgil-Cantini/stories/201708210011 . There are plans to relocate the mosaic in 2018 when the tunnel gets buried. 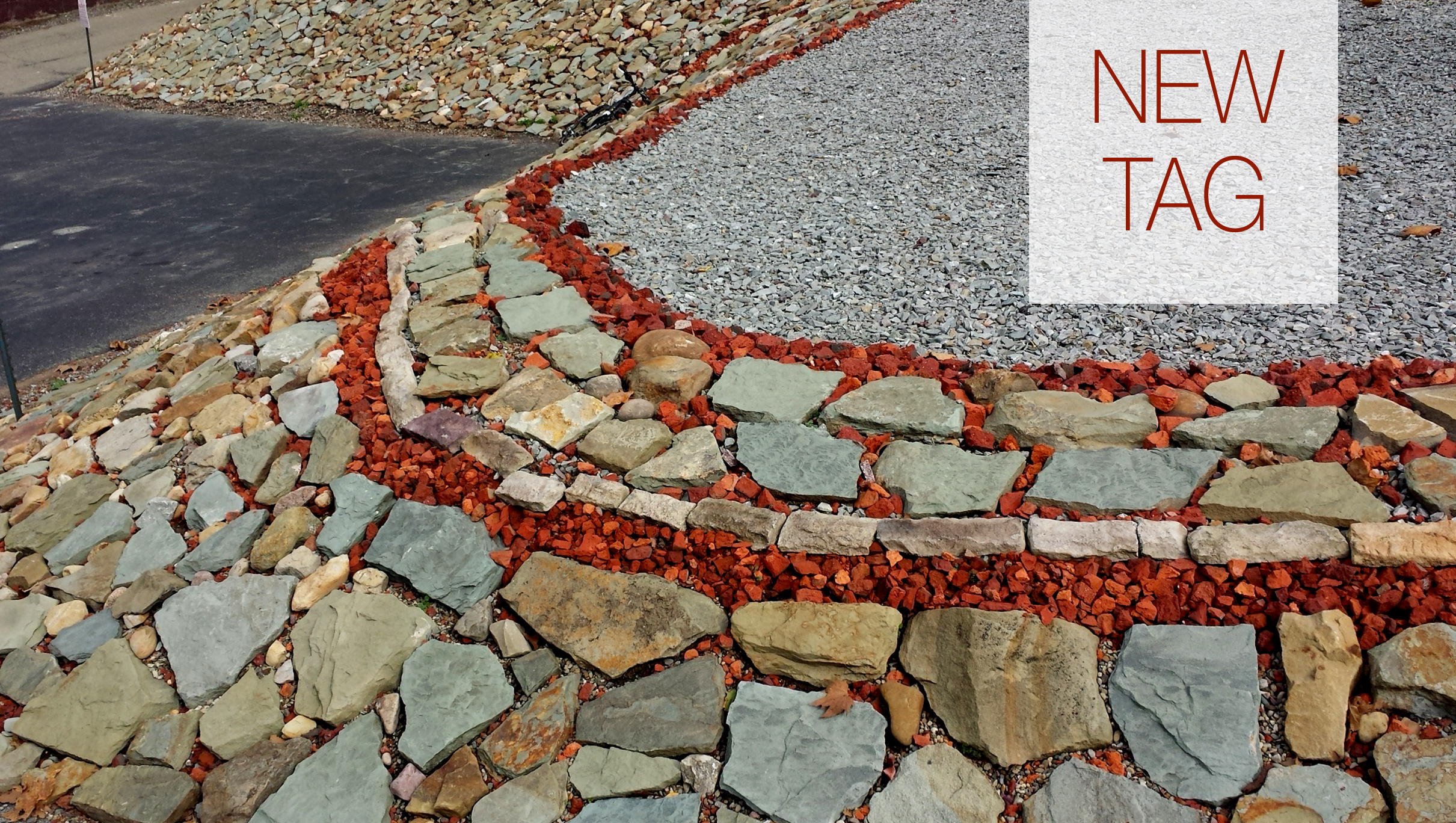 Spring and 33rd, behind Family Dollar 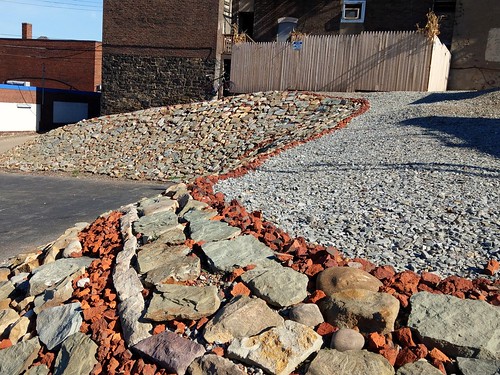 New tag is brought to you by Jackson Browne… 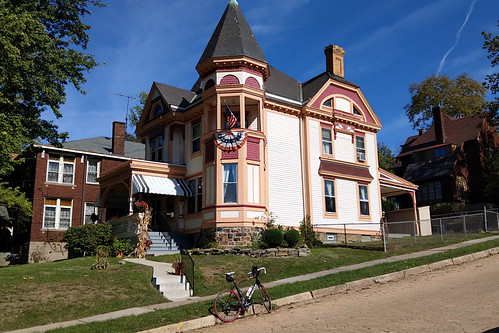 Completely aside from it being a righteously appropriate clue (IMO), I like how several of the song’s lyrics can be interpreted thru a cycling or pedestrian lens…

Down on the boulevard they take it hard. They look at life with such disregard.

Nobody rides for free.

Everybody walks right by like they’re safe or something.

You got to watch the street, keep your feet, and be on guard.

It’s only time on the boulevard…

Mirko, I thought you were onto me… Or perhaps you’re deferring.

It’s a beautiful weekend, people… Get out! Here’s some followup hintage: After you grab this tag, swing by and give a gift to @RustyRed. That is, if you’re not dead.