The Tag-O-Rama game started in September 2010, and periodically needs a new thread, due to message board issues. This is thread 8, but with thread 6 we decided to switch to a yearly naming convention consistent with other long-lasting threads. Here are threads one, two, three, four, five, 2017 (aka six) and 2018.
The rules are easy (although wordy, it is not hard to play)
#1 – Find the tag and get a picture of your bike in the same location (as best as possible). The first person to post a found tag gets to place the next tag. If you get a tag, but somebody else posts their picture first, you lose – you’ve been Bruced.
#2 – Take the tag to a new location, shoot a photo with your bike in the picture, and post it here. Keep the tag within Pittsburgh city limits and the surrounding neighborhoods. Give a few hints (or a short poem if you’re so inclined) so the next person can figure out where the tag is located. Try to place the tags in interesting locations, somewhere historic, etc. Remember, the point of the game is not to make the clues difficult to figure out. It is about riding, not Googling.
#2a – After you pick up a Tag, a new tag must be placed within 36 hours. If the new tag is not set within the time limit, the first Bruced posted gets the tag. If no Bruce was claimed, tag will revert to the previous tag, and somebody else will get their chance. If you won’t have the time to drop off a new tag, don’t pick it up to begin with.
#2b – This rule is intended to keep the game moving. If the overdue tag is posted before somebody grabs the reverted tag, then the new tag will stand. However, giving the overdue tag-holder a load of crap is highly encouraged.
#3 – Tag must be findable – don’t make your tag so obscure that no one will find it. Make sure to let folks know what riding conditions are involved to get to your tag.
#4 – File photos are NOT permitted. You may not use a photo taken before the current tag was set to prove you found that tag, nor use a photo taken before you photographed the current tag to set a new tag.
#5 – All images of tags that are posted, whether picking up or setting a new tag, MUST include the bike you rode to the tag. If your bike isn’t in the posted image, you don’t have a tag.
#6 – The bicycle in the picture must get to the tag location under the player’s own pedal-power.
#7 – No whining.
. . . . . . . . . . . . . . . . . . . . . . . . . . . . . . . . . . . . . . . . . . .
UPLOADING IMAGES
How to Post Photos
In case you’re looking for the photo upload button that was once on this site, sorry it has disappeared. (edit for 2017: although you can find the “add media” button, it doesn’t seem to work correctly vis-a-vis uploading pictures to the message board.) We hope it comes back, but for now, you have to use the instructions in the link above.
. . . . . . . . . . . . . . . . . . . . . . . . . . . . . . . . . . . . . . . . . . .
Some helpful links for the convenience of new players:
1. View the Tag Map to see all the tags.
2. The Tag-O-Rama spreadsheet, showing who got which tag.
. . . . . . . . . . . . . . . . . . . . . . . . . . . . . . . . . . . . . . . . . . .
For those of us who want to know more about the record keeping functions of Tag-o-Rama …
To add a marker to the Google Tag Map, sign in to Google, go to the map, and click the Edit link on the left. Then click the marker icon in the upper middle. Then click where the marker should go.
See one of the previous threads for examples of game play. 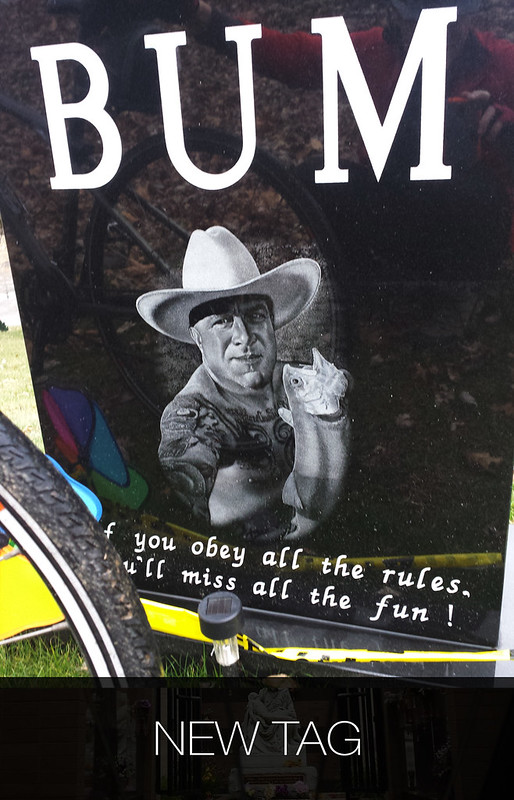 Need a clue for the new year

I know where this is, but I never bike past this fisherman’s resting place. You might though, Jon.

There are 3 big cemeteries in the city, all on my “Zoom the Tombs” ride. Just roll to the top of these 3 places, you’ll find BUMs newly-placed stone is easy to spot.

Sorry, I would have replied earlier but it seems I quit getting auto-notifications of posts when the thread changed. 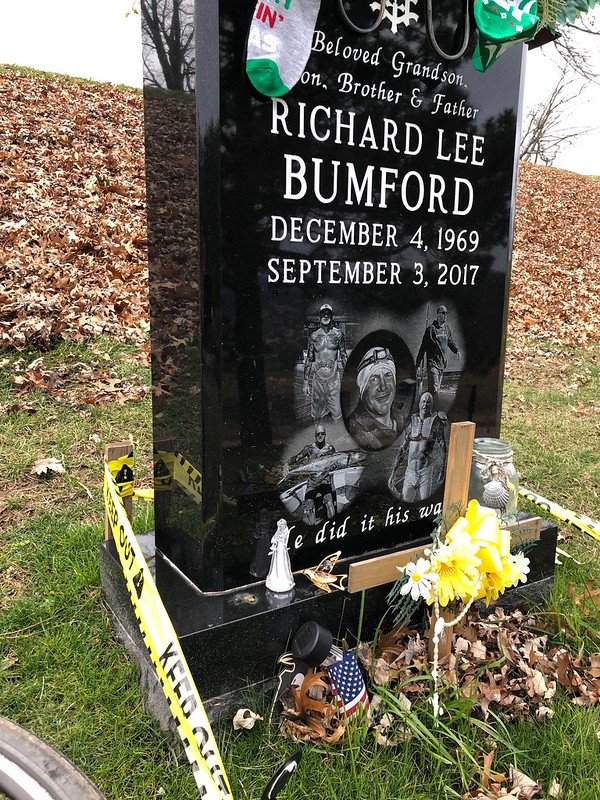 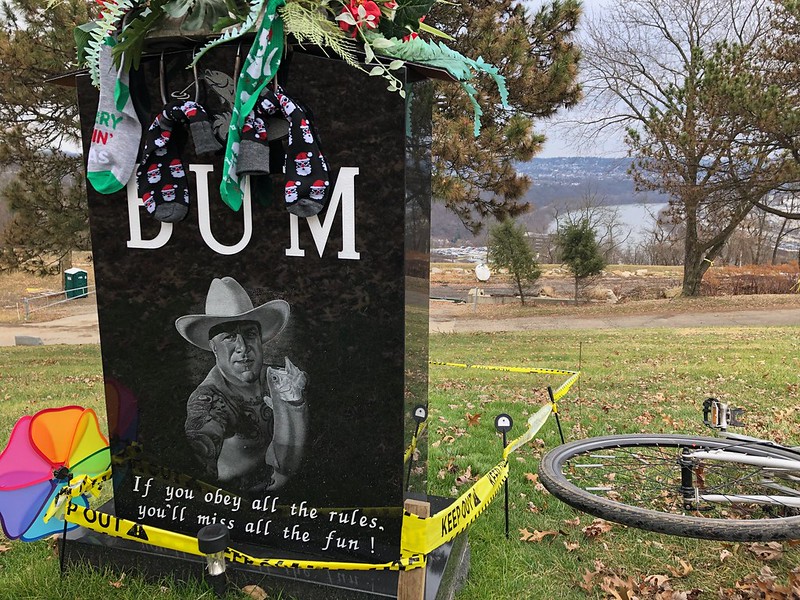 Arizona is a bit outside of the box.

ok, try this new tag (hopefully the web system will auto-extract a picture from the Flickr link, this time)

grr. I should not have to write HTML code for this 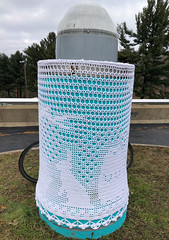 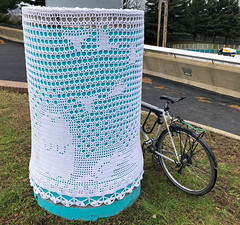 This tag is season-appropriate.

Schenley, North Park, South Park, and downtown. And that ain’t downtown. And i’m thinking that 2 of the other 3 are pretty far outside of the box.

Schenley ice rink. I think this is a yarn bomb by a group of rebel knitters. 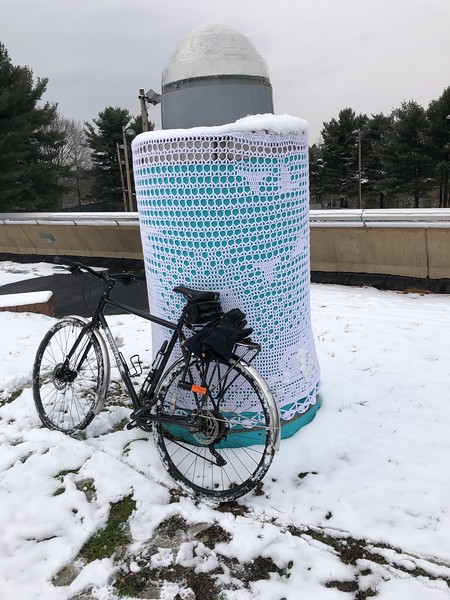 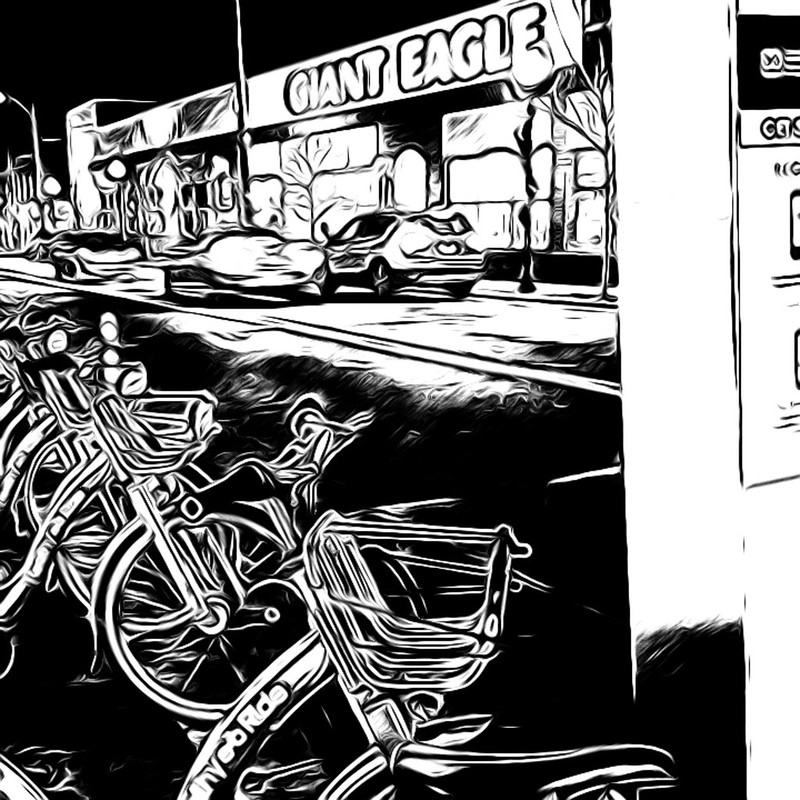 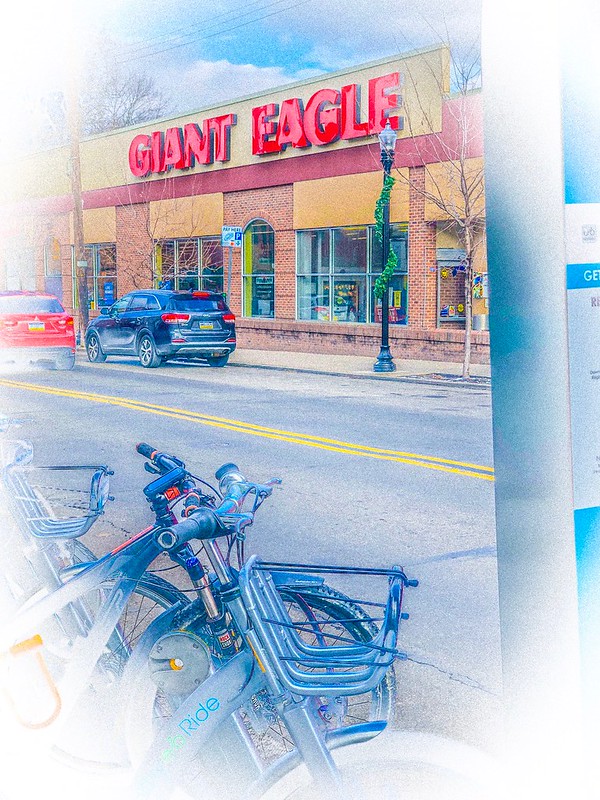 Can we give that crossover suv a parking ticket?

Swear the leftmost car in the top photo looks like an old AMC Gremlin.

I.e. lame comment just to resubscribe myself to the new thread…

find this anjou can show everybody who’s bosc 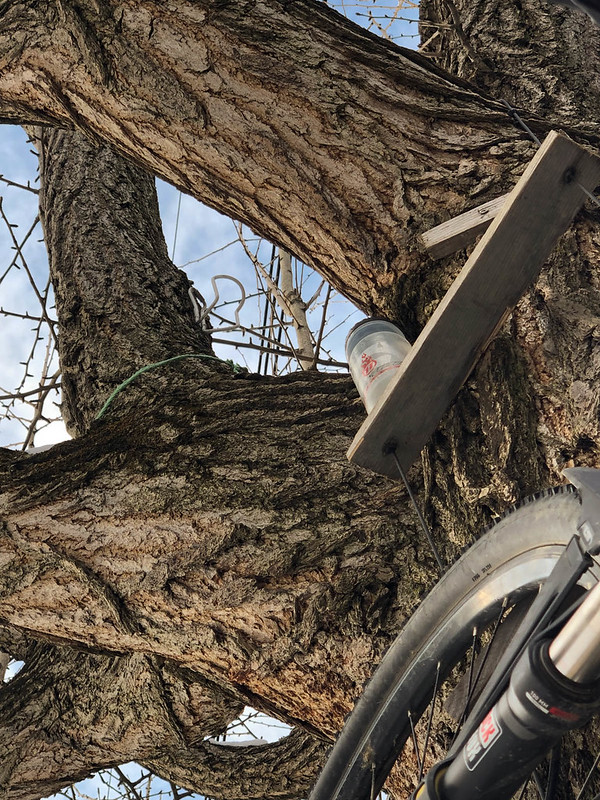 Not Seckel or Starkrimson, either.

This one is a schlep from the northside and East end. Maybe a neighbor of the land of pita can pick this up.

I know where it is and how to get there. Rule 9 notwithstanding, it’s just hard to get out on a bike in this weather. I had to drive a car today, and I sure didn’t want to have to deal with a cyclist within about 20 feet of me. Parts of Perrysville Ave were fine, then 100 yards later, cars were losing it in curves. Cyclists? Heck, fire hydrants were giving me pause. I need at least dry pavement to do any traveling.

The weather is getting pretty yummy out there. The next few days would be a great time to pick up the current tag, and prove what a man/woman you are!

@paulheckbert Why are you restricting tag-machismo to the unPC man/woman dichotomy?

Some people use Flickr to upload pics to tagorama. As of mid March Flickr is deleting all but 500 photos in free accounts.

I know some people know where the current tag is, but I don’t, BTW.

Not Anjou, not Bosc, not Seckel, not Starkrimson, so it must be …

Something to do with pears?

@jonawebb correct. Then look on google maps for a street with said fruit in the box.  There only seems to be one.  It’s just a PITA to get to unless you live around there.

there’s no street named after a fruit in Sq Hill

It’s encouraging that people are trying to figure this out. Some of the comments are on-target. Some are way off. It’s not in Brookline.

Orthogonal hint: Rupert is not real popular around here.

Oh man. Then I don’t know where it is. 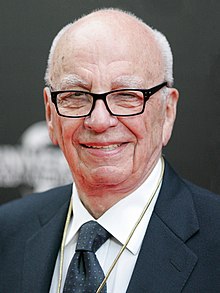 PLUS: BARTLETT (You know… the PEAR)

Thanks Paul… now folks don’t have to look at every tree along Bartlett? **Am I getting warmer?** 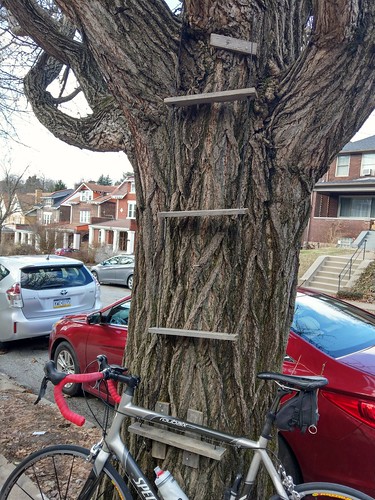 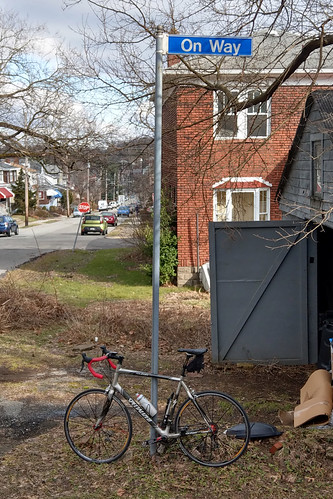 You noticed the bottle cage in the tree house, right? That’s what caught my eye in the first place.