I think @StuInMcCandkess didn’t understand or look at the picture very closely… Or follow my Strava feed as I and other have suggested. I hadn’t been in that lication for some time. Though I stopped by yesterday. This was a gift as stated…for @eric since he seems to be particularly troubled from my professional view.  The pic was from Streetview..unless we’re now allowing that. And my bike isn’t shown.

I just wanted to keep the game moving as Keymaster @paulheckbert has prioritized…especially since he apparently forgot to give a hint..or was that rule removed, too… though the location was pretty obvious to me…I don’t need no stinking hints… And I don’t a reason to cycle…which used to be the primary reason for the game…Google/Google Maps us the preferred location methodolgy…and Strava hacking…And of course since Keymaster has rendered my hints unreliable, though his void hints are quite accurate (I don’t need no stinking hint…am I repeating myself…)… my hands are kinda tied…

Well since I was there yesterday…

And everyone is asleep on this thread..and we need to keep moving..

To keep the game moving.. 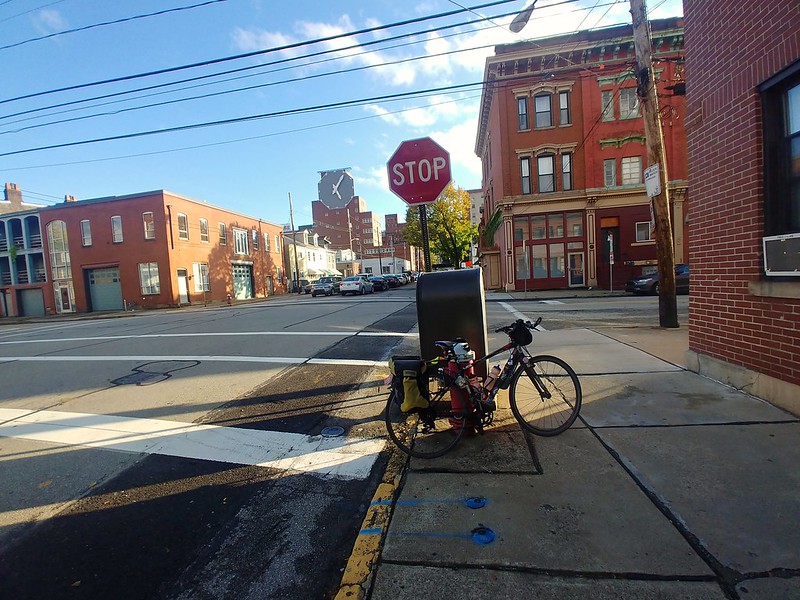 […@jonawebb: I thought surely you’d get this… don’t you work around the corner or so..]

I think he’s not picking up the tag himself, but inviting anyone to jump in.

Sorry, too late; and I don’t even feel a little guilty…maybe a tinsy-weensee. The StuInTickTock was too intimidating. So my previous post was a valid pickup..as I understand the “rules”…speak up now …or forever hold your …

And I have seventeen earth hours to drop atag anew.

Oops… I’m no robot… overslept on this. 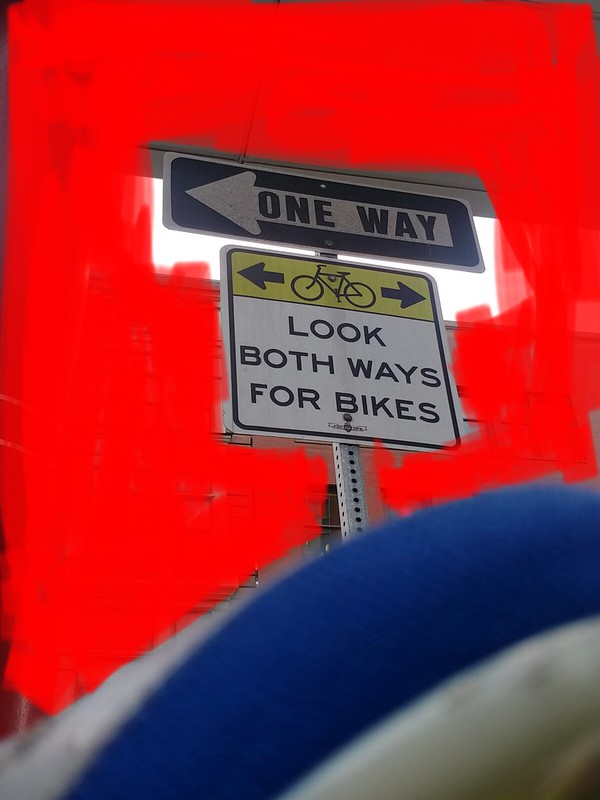 If you want a hint, ask..since my hints are unreliable I don’t need to waste your time or mine.. We’d rather be bicycling… Check my Strava traces to keep it moving…And be safe out there.

[Here’s my Strava trace from yesterday

Penn Ave just east of 11th St. I happened to catch a reptile (could it be The Iguana?) in the photo, but note that he gave me no tag-finding help. 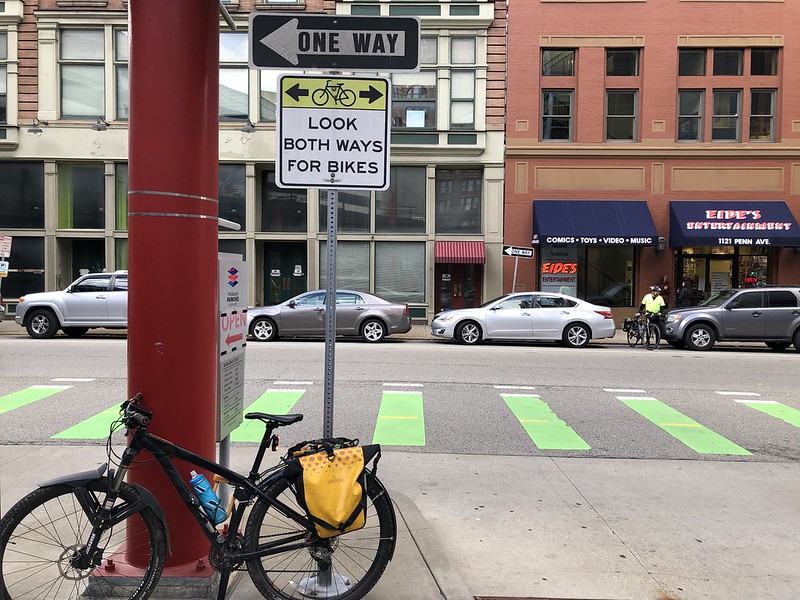 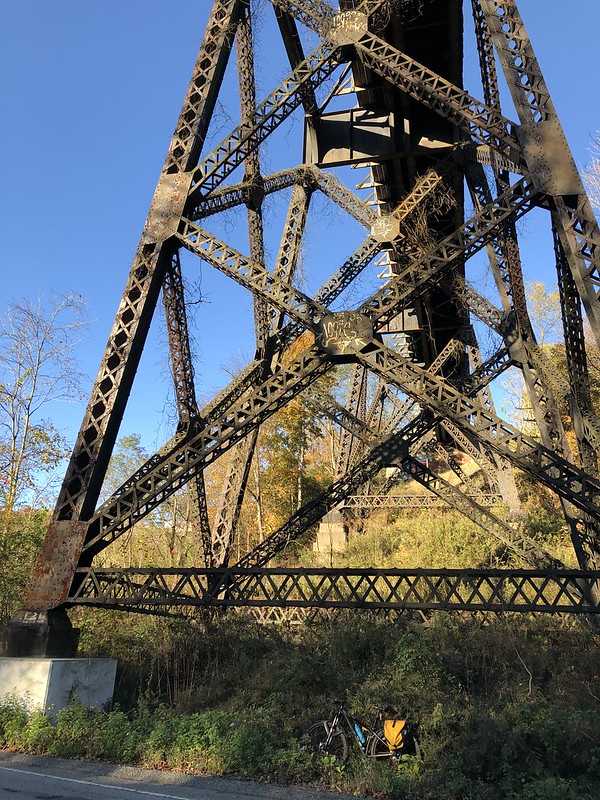 Hint: let’s Hope someone gets this while the weather is warm. 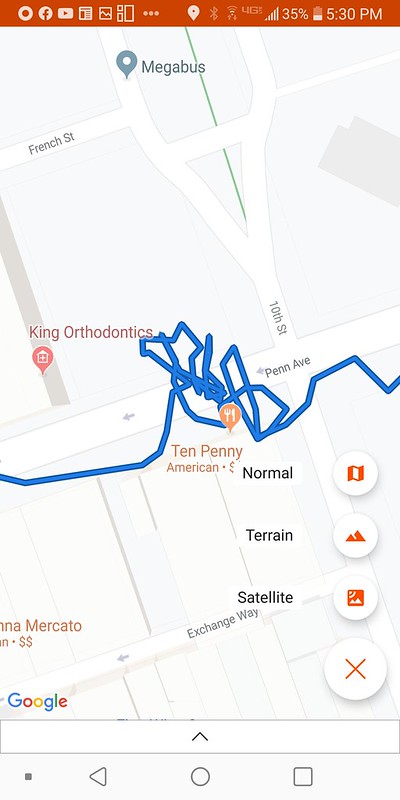 But it was not around it

To make this ease

I did a little hopeless search about a month ago, but realized the thread is dead…no more whiners… don’t ask don’t tell… not moving along and all..

…and who was it that considered whose hints “unreliable”..???

I Hoped that the railroad name (and map!) and other hint that I provided would be sufficient, but Hollow’een and now thanksgiving have passed and still no tag pickup! Yinz can do it!

I created a subreddit for tag-o-rama, to see if we can move the game there.
So here’s my tag pickup.
Hope hollow road, Carnegie.

It took me a while to figure out that this is not in the Schenley Farms neighborhood. Yoda Claus. 5427 Hobart St, Squirrel Hill. 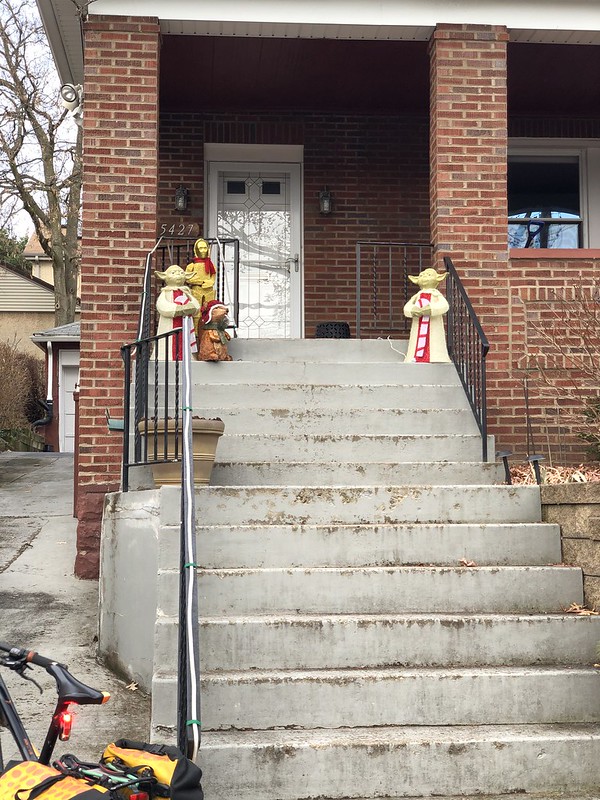 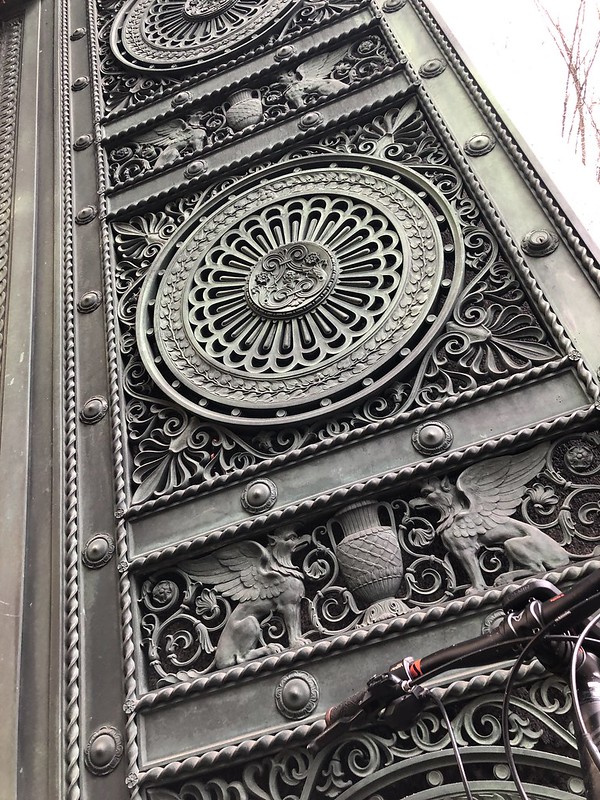 hint4: they do physics here

hint5: In this department (if not this building) a young physicist received a PhD on making pictures with a cathode ray tube, and went on to work for RCA on an invention they called “television”.

I think the clues should be adequate, but the interest is not.  I went looking for this the other day but was unsuccessful.  After further research, it should not be that hard, but I don’t often get down that way and I have not been out and about much.

If @pearmask was watching this board, she could pick that up in five minutes. 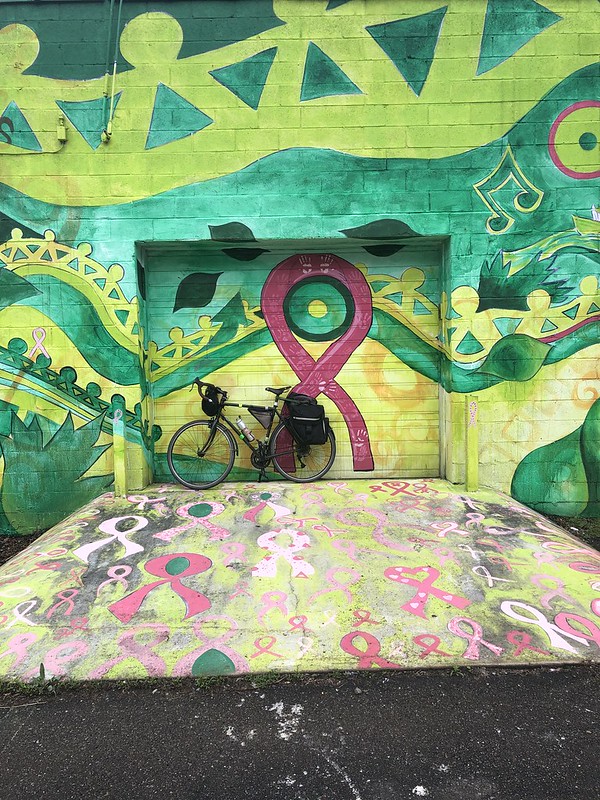 Really, shouldn’t the game accelerate tremendously now since a lot of people are just looking for a reason to go for a short ride?  I can see multiple turns per day.

It really helps me that I figured out how to include pictures now.

anyone still paying any attention, let me know if you need more clues. I do wonder if those robots know about the cave next to them they could roll into.

Dave…Are you sure you’ve figured out how to include photos? 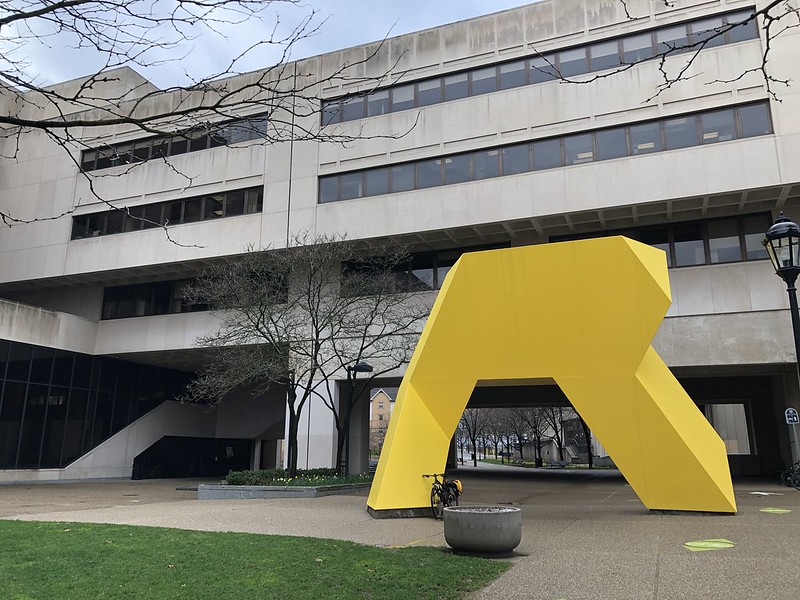 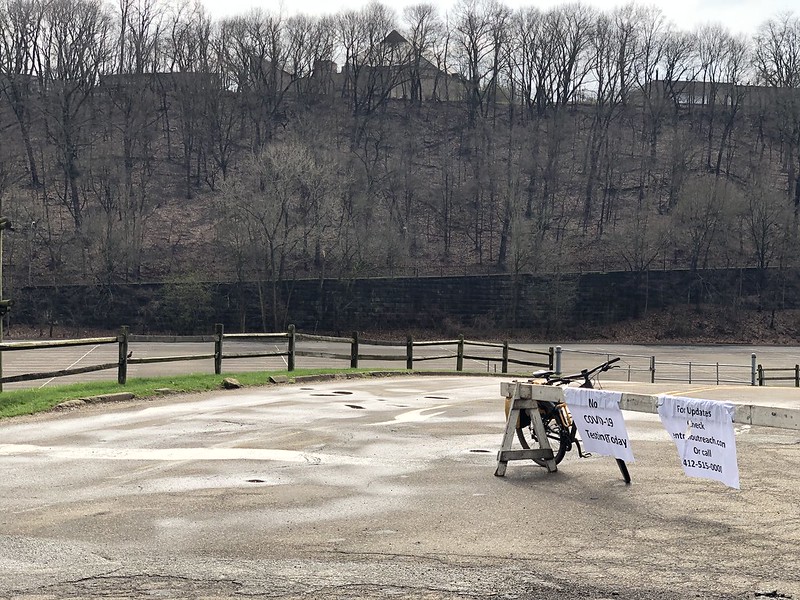 Is that your hint?

…something like… don’t go apeshit over this…get out of your cages and ooze to the tag.

I know exactly where this is- but the question is whether to ride over to this location or take a nap.

I hadn’t planned a pickup, but found myself in the area… And I just missed Dave….