I can’t help but think that The Iguana is referring to some of my tags from long ago which, yes, ran to a couple of paragraphs. But, hey, it’s my tag and I can write if I want to.

Also can one of you be clear what exactly the tag consists of? Is a close-up of the monument good enough or do people have to schlelp to the vantage point? We wouldn’t want to have another one of those arguments about what counts.

Note:  This is not that hard to find ,guys.

I don’t have the technology to post pics.  (I live at the edge of the 19th century).  But there are two houses in each pic that I can send you the addresses for (and you can check they match on Google Street view)

If you are willing to climb the hill and you have the technology, send me a message and I’ll send the addresses..

@Mick, yes the tag is easy to locate.

The issue is what the “tag” actually is: the monument or the view from where the pic was taken from. We need one of @ph or @iggy to tell us. I guess that would be @ph the poster (but I’m not clear on the logistics of how the shoot was worked out). Unless we hear, I’m happy to post Goog Earths of both options.

My interpretation is in the the pickup picture, the bike needs to be in approximately the same location as the bike in the original tag picture. So a pickup picture could be the bike at the obelisk , even as a closeup without the Cathedral in the photo.

Picture showing bike, obelisk, house seen in my first pic, and part of Cathedral of Learning would be good. No need to hike to the other hill and match my telephoto shot.

…not that I agree with @paulheckbert in his tag “requirement”… as I have had a few of my tags defined for me improperly imo..and my protestations of foul ignored… I will consider this as a TAG-O-paulheckbert as I have sggested in the whining thread and follow his  rules…

..oh @Ahlir, it’s not all about you, my reference was regarding a typical innaccurate/double-standard/inconsistent whining post more recently..

In case you can’t make out my pannier in my prior post..and it is there…as well as the obelisk, hoyse, Cathedral, even the dorms…Ajax, Bab-O, and Comet:

I don’t think that’s a valid tag pickup, as the bike isn’t close to the location of the bike in the tag drop, and the tag was not in Carrick.

I’m just following @paulheckbert r rules..it has all the itens you suggested…ooops, you are changing them again?… I claimed that about  one of my tags in the past, but everyone ignored my protest… and as it was deemed a clean pickup, so is this valid…

And how do you know how close the bike is…you did some fancy telephotoing that clouded the tag enough…my pic(kup) is appropriate..

I suggest you start you TAG-O-paulheckbert and you can customize and change your rules as you see fit for whatever reasons .We gotta keep this game moving…for the fewthat are playing…and we’ve had such nice weather ..and there’s so mych confusion and delay…I don’t think your obfuscation is appreaciated… I’m sure @Ahlir has an opinion…

Mr. Lizard- I feel slighted as virtually everyone else still involved in the game was mentioned in your previous post except Mick and I. And I have an opinion, which is to agree that the bike needs to be near the obelisk.  My feeling is it could even be a closeup identifying the correct obelisk and bike without the distant accoutrements.

All opinions aside, ignored or otherwise… 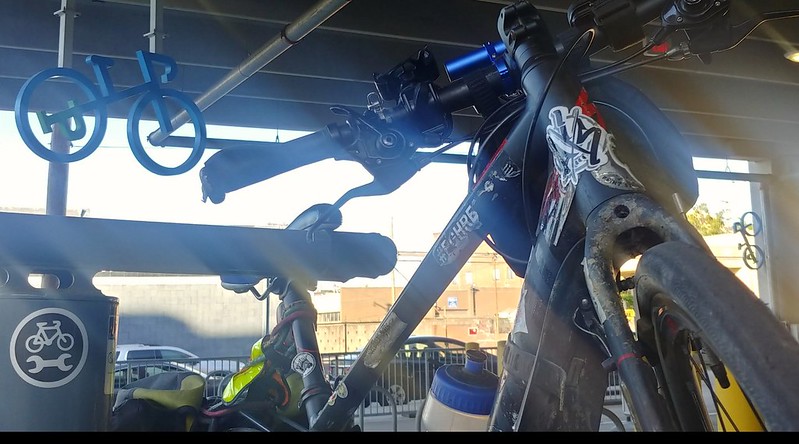 Additional clue please? Or elaborate on the ignored opinions part.  Maybe a reference to a closed library?

This could have been a railtrail, but retains its three-dimensional cubist quality… don’t you think? That’s my opinion.

Nobody ever biked to the obelisk (https://bikepgh.org/message-board/topic/tag-o-rama-2019/page/12/#post-371836) and (https://bikepgh.org/message-board/topic/tag-o-rama-2019/page/12/#post-372014), got a picture of their bike there, and correctly identified the location of the obelisk, so I suggest we resume the game there.

Are either of you (Mr. Iguana or Mr. Paul) even thinking about this lately? I must admit I have not.  I suppose there is a chance I might ride up the slopes again to look for the missing obelisk, but as far as the fixit station in the last tag, I have no idea where it is, and as usual the obtuse clues do not help me at all.

Mr. Dave, for someone who hasn’t thought about this lately, you surely have some latent issues about this… and your usual no idea. At least it’s not contagious.  Keep that mask on, practice social distancing, and eat all your veges. Be safe. And beware of iguanas:

Yes, I think about this game, and I have some fun tag ideas in mind.

We ARE page 13 of this thread–portending of evil. The sprites may be at play. Indeed, this stalemate may require super-lizard venom…

Mr. Dave, it appears this tryst–this 3-sided (maybe a “silent” fourth) game–depends upon you. Once your brain fog clears you’ll realize this stalemate can only be broken by You. Be A Man; (You can push your pawn appropriately–You CAN ask for more clues–sublime, ridiculous, or obfuscated as they may be); end the stalemate; start a new game; grab the tag. Just do it.

For sure, I’m giddy in anticipation of some fun tags from Keymaster–that last one was…was…the funnest!

Mr. Ig- I need another clue. Or maybe help interpreting the last clue.

Good. Take action as suggested. Get on truckin’ down to the Pittsburgh border with Ohio. … or take the express train…to the cube!

Kinda difficult to participate in a game I’m 200+ miles away from. I’ve been living in metro Buffalo since the middle of June.

The cemetery obelisk tag was never properly picked up. According to the rules:

By convention, when you pick up a tag you’re expected to state the address or geolocation.

When TheIguana attempted to pick up, he/she/it fell short in two respects: picture does not show the bike at the obelisk, and location stated was incorrect (it’s not Carrick).

Paul and mr. iguana- I seriously tried but was unsuccessful finding the south side cemetery obelisk, and I have no idea where the bike rack/ station is after some searching, and I find the clues insufficient.
I will gladly pick up both tags and post pictures with accompanying location identification if you could each tell me where they are. I know this may offend your game sensibility, but in order to move forward, as it seems that we are at a stalemate, I see no other solution. I might even be able to do both in the same day.  But to be fair, it would require both of you to participate.
Please post your thoughts.

should help. There’s a name on the obelisk. (I bet Ahlir, if he’s riding these days, could find it.)

I’m going way beyond what I consider acceptable here, but I’d like to see this thread move along.

The obelisk is in ST Peter’s Cemetery, at about 1900 Arlington Ave.   It’s a helluva climb.   I’m not sure if anyone is interested, but I was unable to get a personal message sent to Dave, so I’m just posting.

Posting an address is a bit of a jerky thing to do, for sure.  But so is making a tag with telephoto lens and picking a tag up with a more obscure tele photo lens.

Thanks Mick— I won’t be able to ride up there until next week, but will get that tag.
Now, anyone able to dig into the recesses of the lizard brain clues to figure our where the second tag might be? I do feel I need to get that one also to be fair, and am willing to do so with a bit more locating help.

Get on truckin’ down to the Pittsburgh border with Ohio. … or take the express

I took this clue and used it to find the location.   Although I have no idea what the lizard-like one meant by “cube,”  the rest of this clue is straight forward.  Even to me, and I rarely get anyone’s clues in this game.

I won’t publish the actual address – it would strip my pride –  if anyone can figure a way to contact me privately, I’  gladly divulge.

Mick- clue is not that obvious to me. Maybe someplace along the Ohio riverfront? A truck stop? Express way? You can send me more info privately at sobaldave@gmail

Just pick random words out of the clue I cut and pasted and paste them in Google. 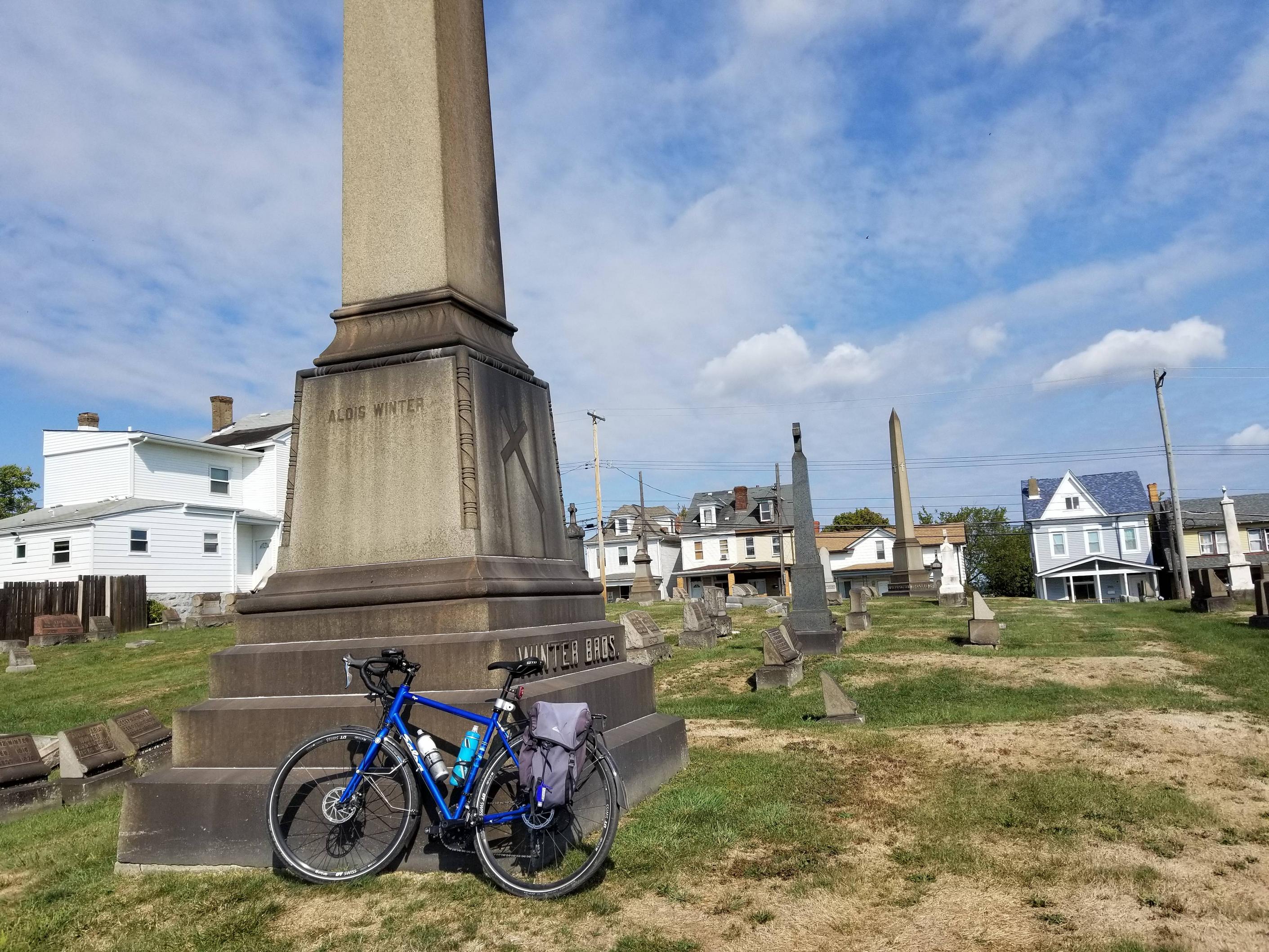 Well done! I suspect Mr. Iguana may grouse a bit about this, but I for one would welcome a new tag. 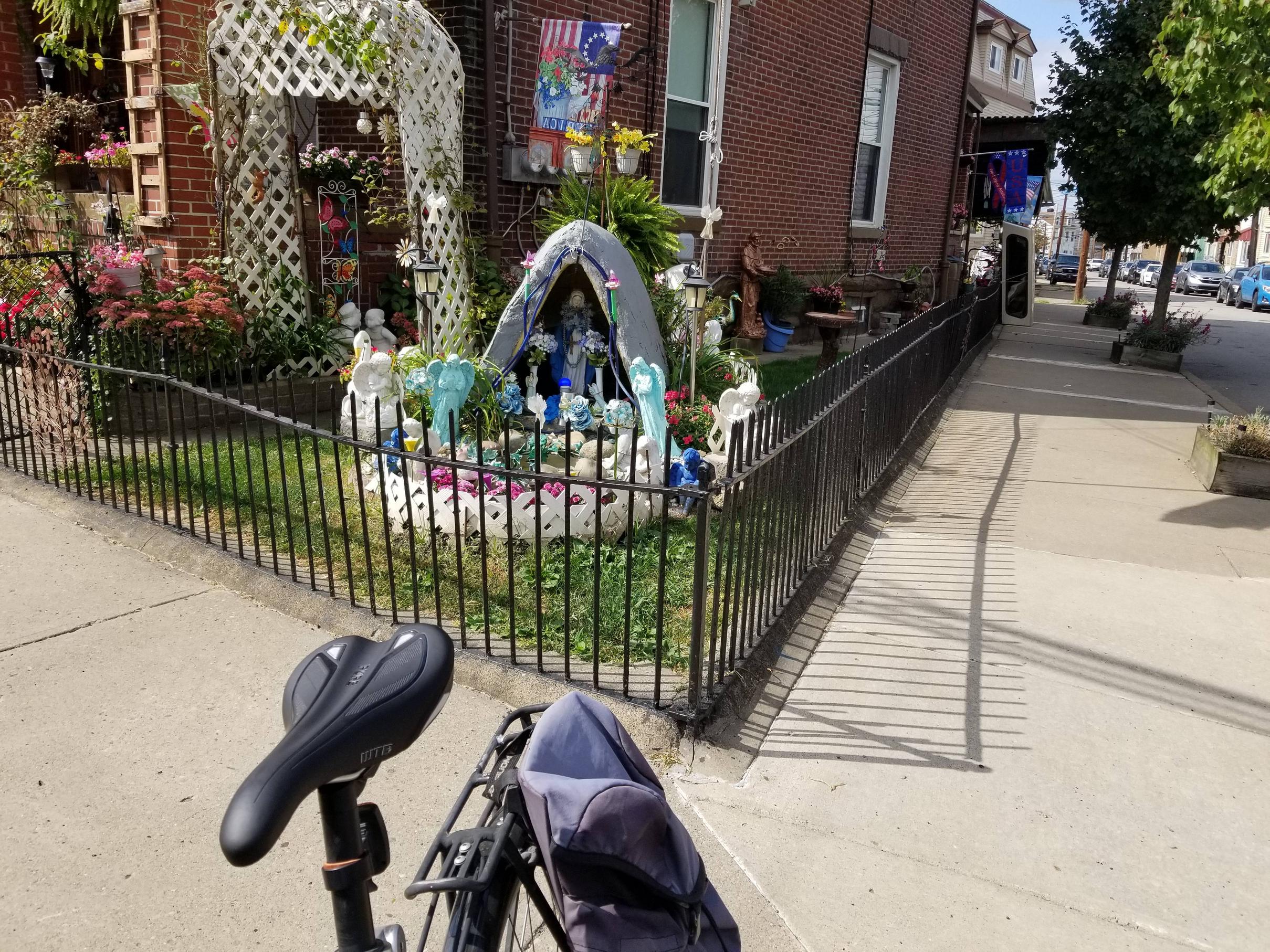 This is a Pearl of a tag.

And if there is grumbling I will grab the iguana tag on thursday when I am out, the last clue helped me find it last night. 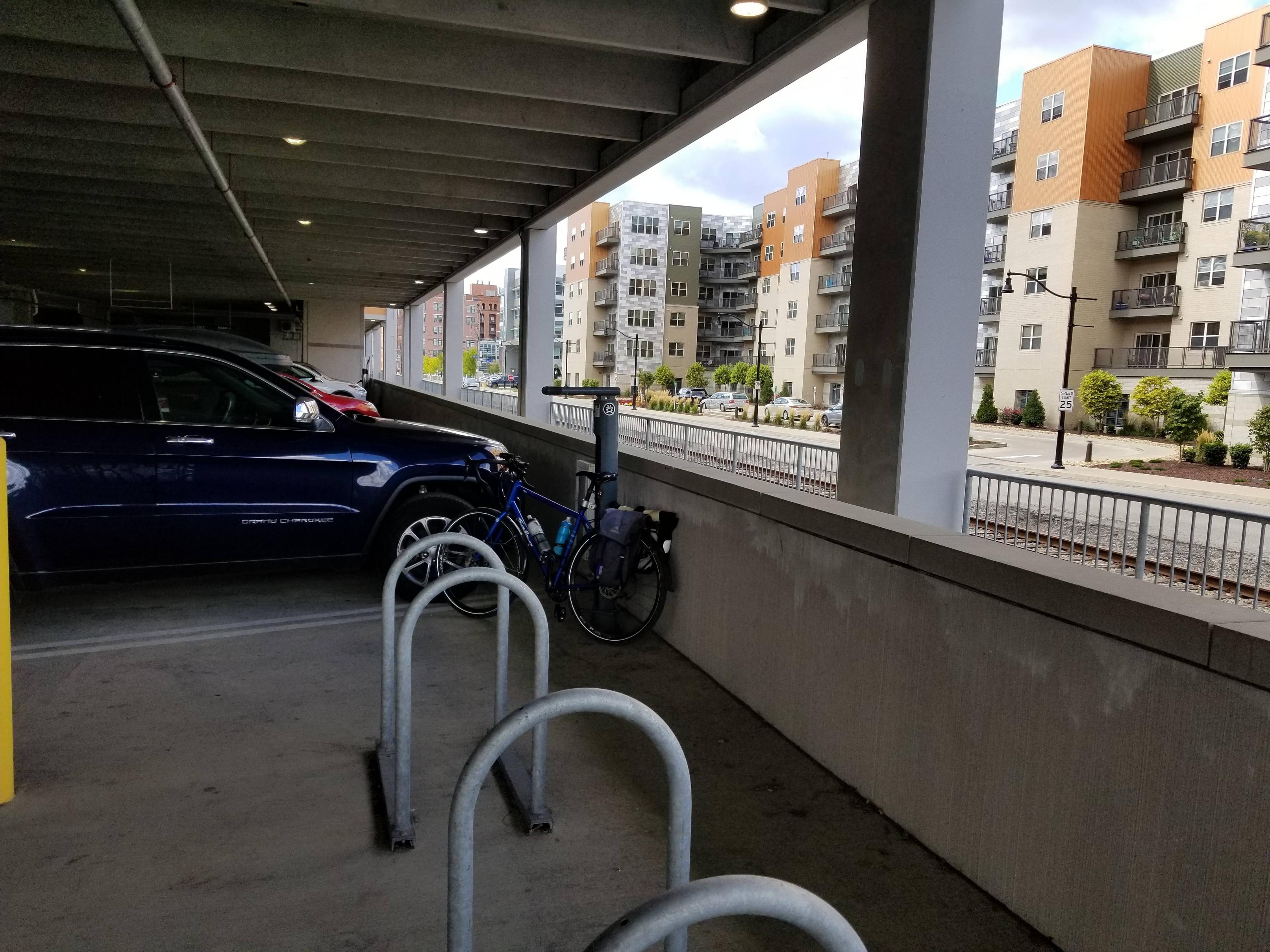 Thanks to everyone that posted super easy hints for both tags.  Let’s see if anyone is still playing 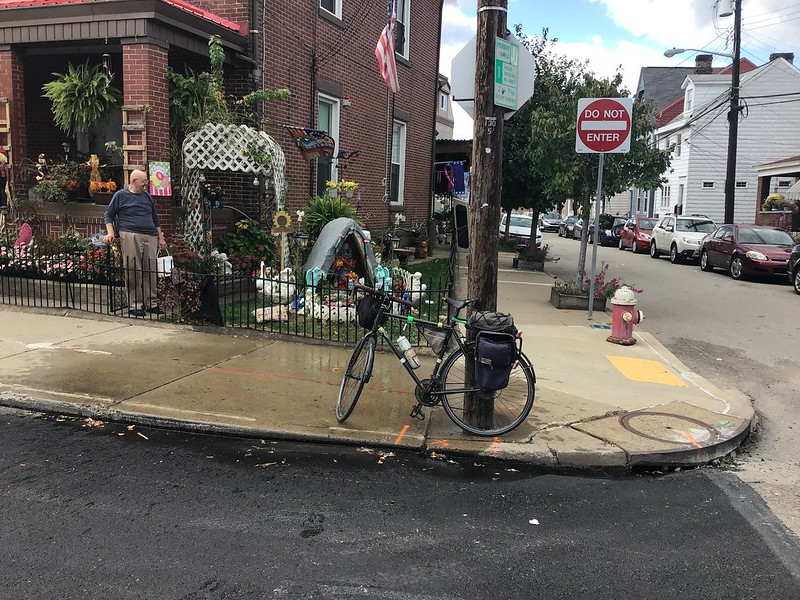 corner of Pearl and Torley

Sorry- thought I had posted one. Will do! 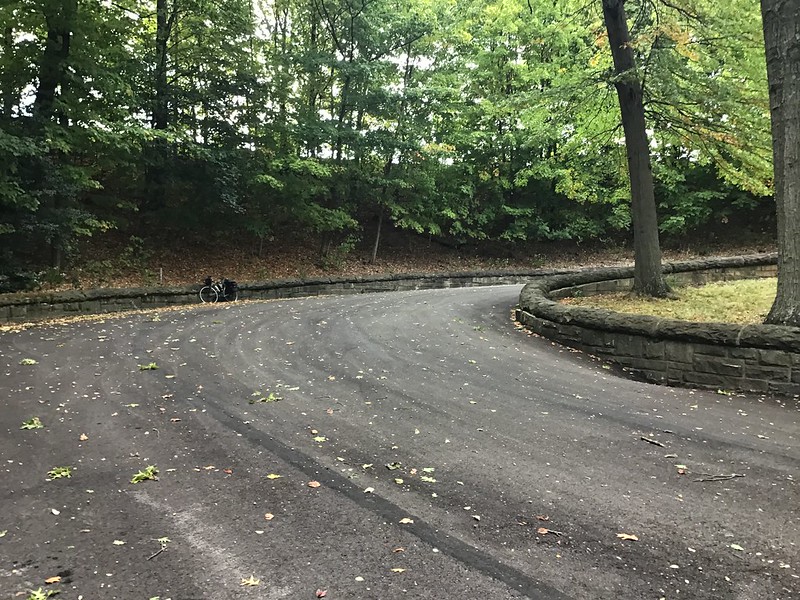 Having difficulty adding my clue- let me know if I should keep trying.

this is my clue