Naw, I saw nothing! I was freezing and thus rushing to get my gloves back on and go home, plus anxiously awaiting a vet call at home.

Sadly, I knew it was on Barflett (sic) way back. Altho I imagined it nearer the playground, so Red’s Rupert hint also helped narrow it down.

Extra sad because Barflett & Murduck is only 1000 feet from my apt, and I walk thru that intersection twice a week! I blame this laziness on my newfound Zwifting habit.

Breaking the ennui at On Way & Loretta St, Greenfield 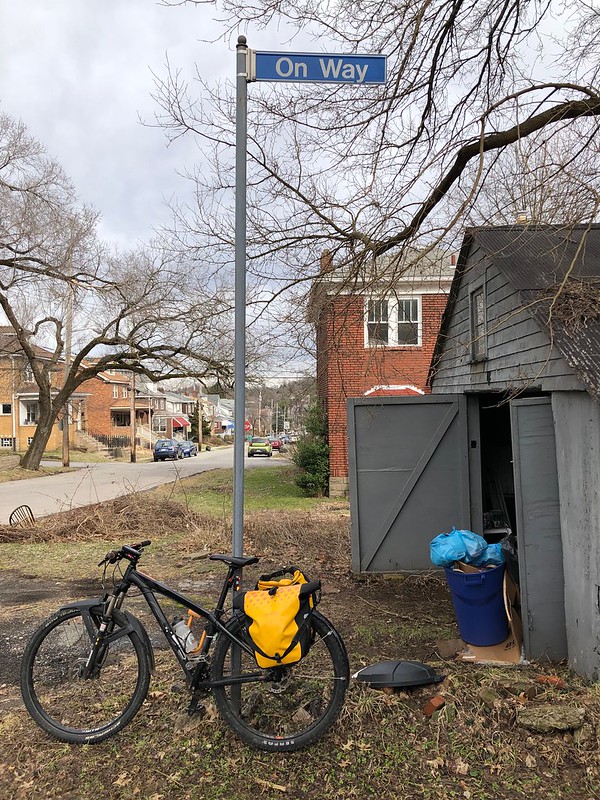 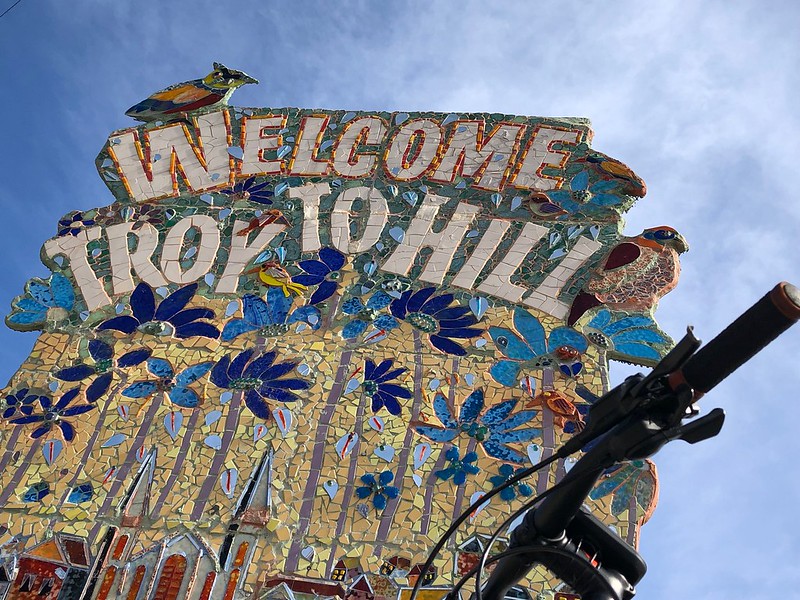 Can you give us a hint as to what neighborhood it is in?

A+ to Kindred Cycles for getting out a stripped bolt today while I waited.

Also answers the question, What foreign monarch was featured on a U.S. coin? And the third digit of the date will give you the intersection. (Well, pretty close, anyway.)

Stu- easy pickup for you from your work.

I know! I have the day off and can’t get into my building if I wanted to because of construction. But if it stays clear I might take a ride into town anyway. I already have a tag picked out for next time.

My own bike has traveled maybe a half mile in February, though I’ve been on the HealthyRides a good bit. Perrymont has a persistent nasty ice patch, the trolley trail isn’t useable until April, and I don’t want to deal with either Perry or McKnight, so I just don’t leave the house on two wheels much.

New tag: Tiny sign in foreground with an enormous hint in the background. Two, in fact.

Tag-o-Rama tag drop. Want to join the game? Go to https://t.co/IRsHIzKSjT and look for the Tag-o-Rama 2019 thread. pic.twitter.com/wVzVHKiLAA

Meanwhile, let’s try again on an image of an 1893 Isabella quarter.

Did you see the plaque on the building that says “US Maglev Corporation”? Wonderthe story behind that.

One could make the argument that the current tag should be ahlir’s to pick up.

I saw there was a plaque there but was on my way to a meeting so didn’t take time to look at it. 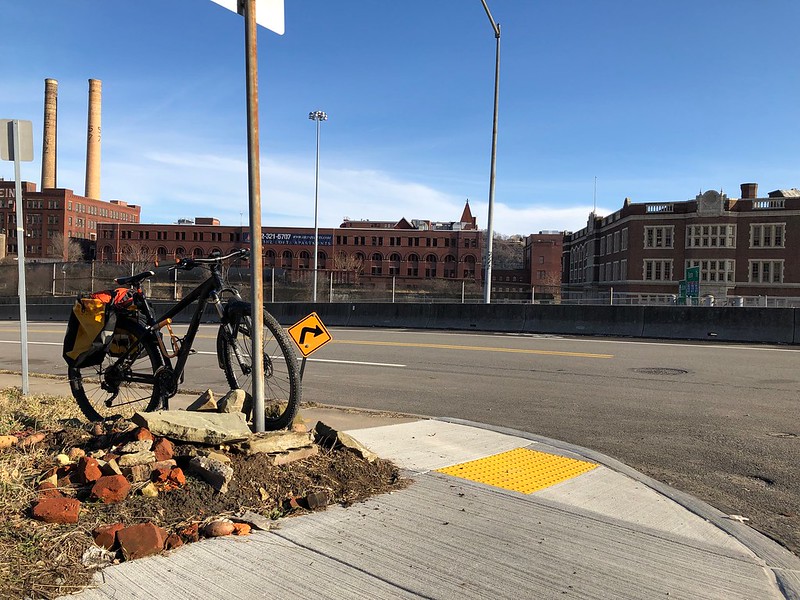 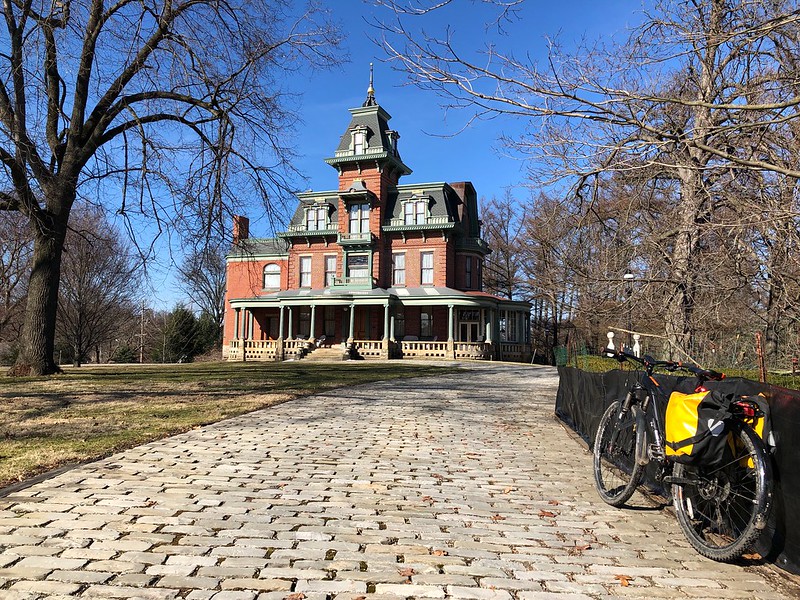 I could go past that on my way to Kraynick’s tomorrow. 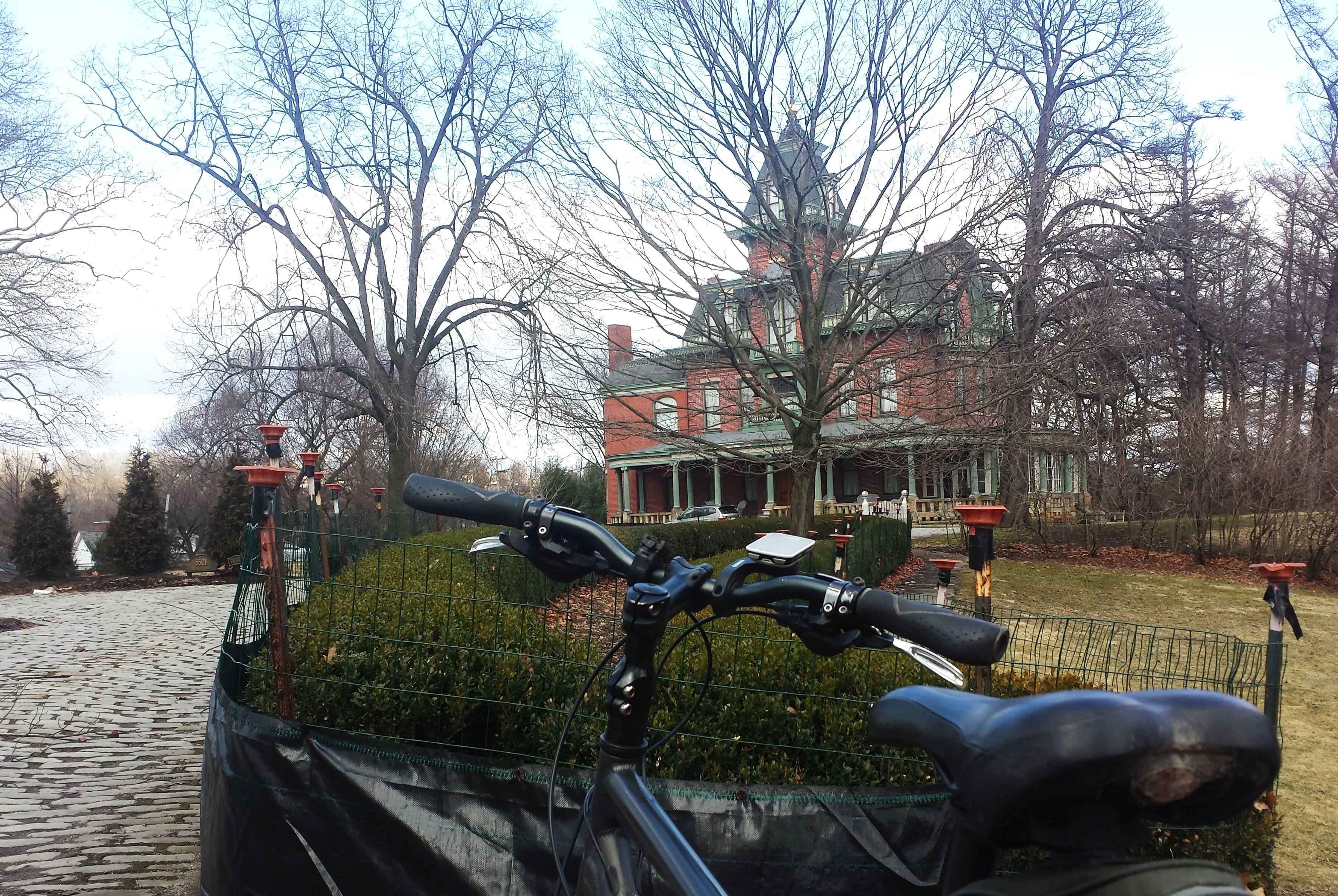 Well, I shot this yesterday (Sunday) around 11:00am. I didn’t have time to upload then and decided to wait until I got home. Then I had 6.5 hours without power.

The house is located at the Highland Park end of Negley.

It’s good to be the (King Estate). 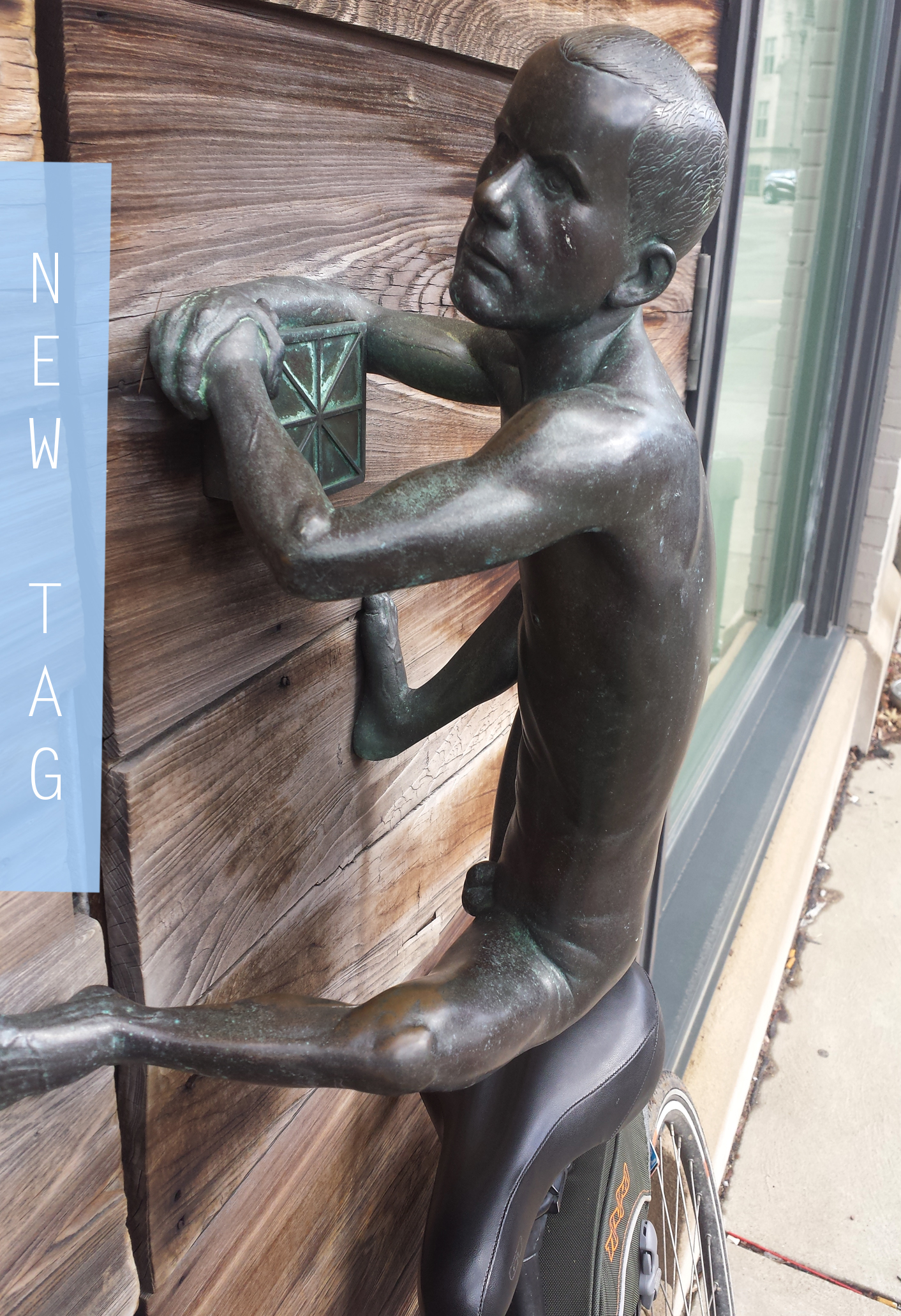 New Tag – and yeah, I know it’s been tagged before, but the old image is long gone. Plus, this piece of art deserves an updated tag.

BTW the King Estate was tagged before, by stefb (https://bikepgh.org/message-board/reply/re-tag-o-rama-2-2659/) and I picked it up. The tag was of the remains of the “folly”, a fake castle wall, built by the owner. I found this photo of the original construction:

If I was from out-of-town, looking to stay nearby, I’d say Ace is the place. 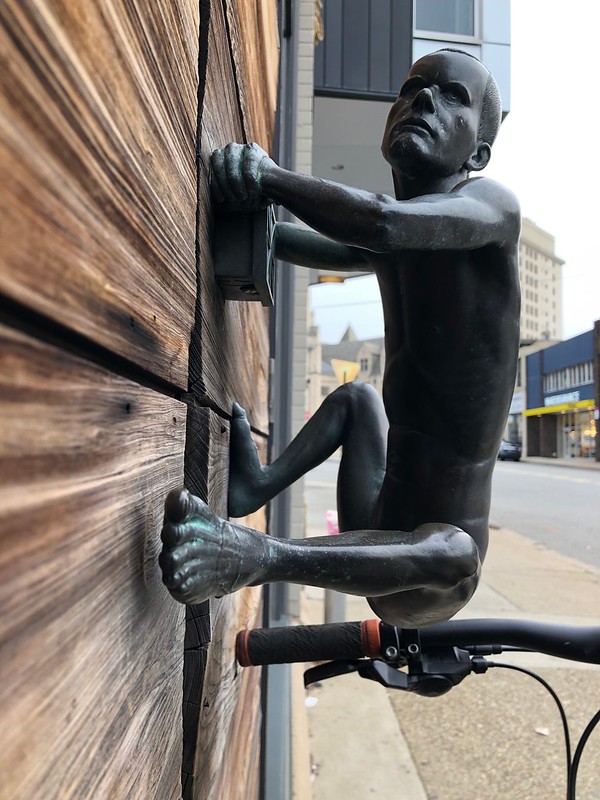 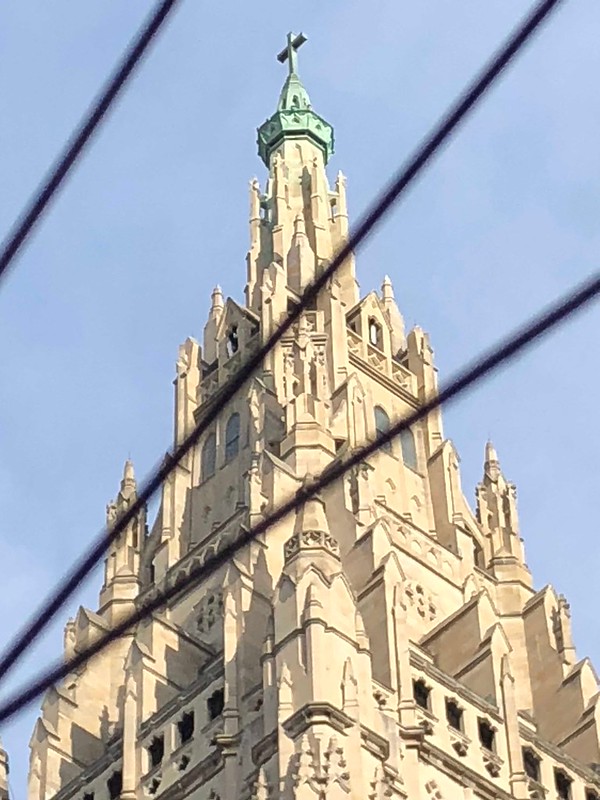 it’s a pretty well known landmark but I rarely ride in that area, though.

Weather/cold. I can’t get out of my neighborhood on a bike, and have been working from home a lot. 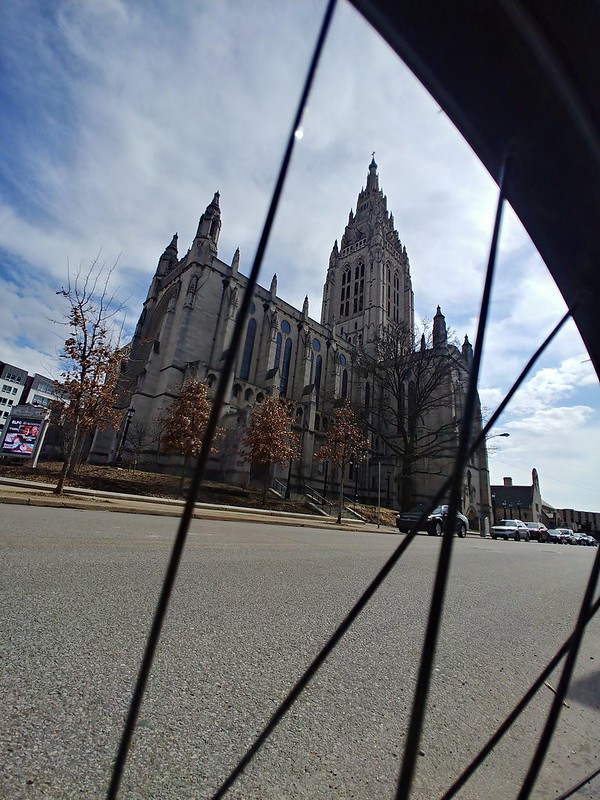 It has been 49 hours since the last tah. If there’s no new tag by my ride tomorrow morning I’ll set a new tag. 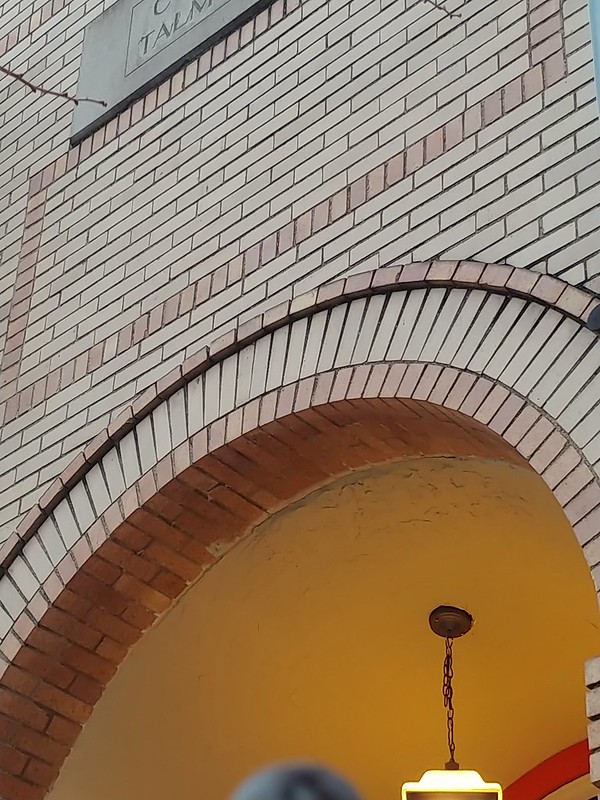 Hint: It’s NOT a church, but twentieth century biblical.

Glad you got the tag. I started wondering if something bad happened.

I no longer read this board regularly. If the players still want the game’s map and spreadsheet updated, perhaps someone else could take over?

I could maintain the spreadsheet, with two big caveats. First, it’s only worth my time if people are actually using the spreadsheet and see value in keeping it updated (if so, speak now!). And second, I can only maintain it on an interim basis, as we’re planning on moving out of town, and I’d have to turn it over to someone else by then.

As for the map, I’d prefer to leave that to someone else.

I use the map more often than I use the spreadsheet. The map is useful for determining if a tag I’m considering has been used before.

The other factor to consider is that there are maybe 1.5 active players.

But that number does not take into account us lurkers who enjoy the thread from the sidelines.  “I like to watch.” 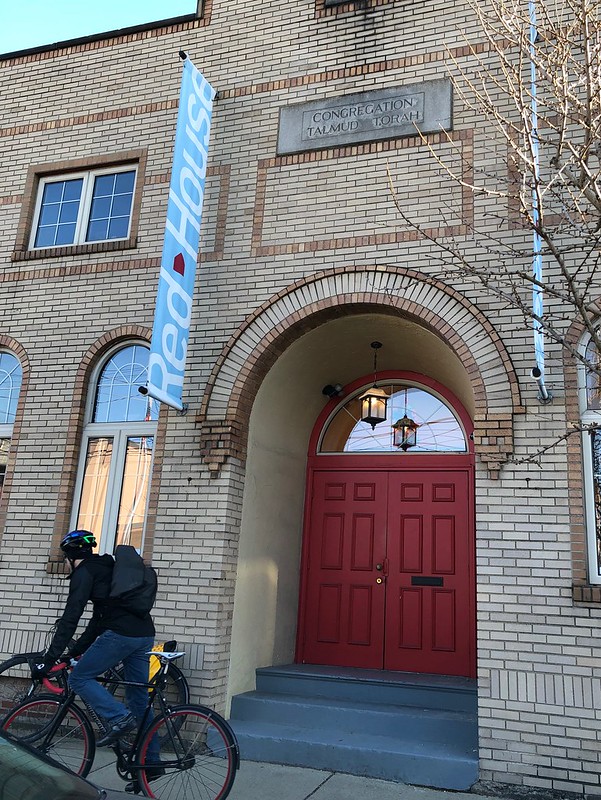