I tried once again to find the river tag. This time, I rode along the Ohio & Allegheny from the Science Center to the Ft Wayne RR bridge, and still nothing. The second tag, I again have no idea.

I’m thinking that the river tag is in a homeless camp given the tent. Having worked with the homeless before, I try and respect their privacy/dignity by staying out of their camps. Plus, a decent # of people there have schizophrenia or other psychotic illnesses and are probably quite paranoid in general. Probably safer to let them have their space/privacy.

But as Iguana says it is close by to the other tag (which was near the stadiums) I’m guessing his tag was in the homeless camp under the West End bridge on the North Shore trail.

We decided to revert to the railroad signal light tag, didn’t we?

Was this house once lived in by someone famous? Was a movie shot there? Did some heinous murder occur there?

I suggest that if no COHERENT hints are provided within 36 hours, we use rules #2a and #3 and revert once again to the Sharpsburg or StadiumLand tags.

The Iguana was on this AM posting on another thread… So…

We could brute force this — you know, buy an Allegheny county address list and then exclude everything not in the box, and then visit all the 41s on street view. I think that’s reasonable.

Then again, I get called a whiner on here.

My last tag was easy, along the TRHT, and it got people riding rather than googling. Since y’all had the answers, but had more impatient fretting than confidence with the clues, I will risk overwhelming with too many words, and supply detailed directions to the new tag…so stop wasting time whining (rule #7), believe in yourself, cogitate, and get out there and ride…and be safe…

You already have the street number..and it’s rather uncommon…

To be sure, head north,
Then go west…west to a fault;
follow it and have no fear as you run over John, the 35th,
and into the 16th-a squared square.
See the silent bells? You’re close.
Go north on the squared triangle WHo lasted a full month.

All died before completing their mission, but the 13 stars are right there at 41. Hail To The Chiefs.

Come on. Most of us don’t have hours in the day to ride around traipsing through weeds and  homeless camps. We’ve got a small window on our lunch hours or on the way home/to work. We’re asking for clues that don’t require a PhD in the NY Times Crossword puzzle to figure out. This is really slowing the game down. #notwhining #yourebeingajag 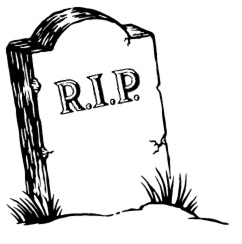 No surprise that this game has about five players, because that’s the number of interested people who can spend their entire day on internet and bicycle playtime, with the latter mostly comprised of riding around the east end and trails trying to figure out some clue that’s either too recondite or too idiotic to mean a damn thing to anyone but whoever posted it. Having occasionally considered participating, I have to say that these garbage clues push the game from something I and assuredly others might try, to something that’s a COMPLETE WASTE OF TIME.

And as for the homeless camps, just google “Joseph Cornelius Pittsburgh” for why setting tags near those places is a bad idea.

@jacob — the Cornelius case was extraordinary in every sense of the word. I don’t think there’s evidence that homeless people have higher rates of psychopathy than non-homeless people. In my guestimate it would probably be the opposite — people with psychopathy are experts at using others. THey’re probably well versed at remained housed. :)

@iguana — I really hate the discourse that if someone complains about something that someone else disagrees about that they’re called a “whiner.” (or “snowflake” on Fox News). Honestly, your clues are dense and make the game unplayable. I’m thinking that you’re the only person that has gotten enjoyment out of the last 2 tags you’ve posted. My guess is that the remaining 3-5 people who sometimes hunt for tags would rather have a fast paced, interesting tag game rather than a “WTF location is this” with an undecipherable clue.

I’m guessing at this point given a) the lack of players, b) the different schools of thought amongst the remaining players as to the direction of the game that the best solution is just to let the game and this thread die. Maybe after some time has passed someone can resurrect this game or a variant and see if it gets more traction.

I’m interested in continuing the game, and I’ve tried to help it along, but unless at least one other person is willing to pick up tags, it’s not much of a game. We have a tag waiting for pickup (https://bikepgh.org/message-board/topic/tag-o-rama-2019/page/3/#post-361465) . Somebody go get it.

@paul- we do have an active iguana tag. Also even if we skip his tag for a second time there’s no reason why the iguana can run out and grab the new tag and then post yet another indecipherable tag (yait) that grinds the game to a halt.

The rest I have NFC. Because Lincoln is in Lincoln-Lemmington and Millvale.
Kennedy Ave = observatory hill.
Observatory hill more closely matches up with the “North and then west” poetry.

But that’s all I have if anyone else wants to brute force solve it.

I’ll resume trying when the pictures and hints get a lot less obscure.

Rule 2: “Remember, the point of the game is not to make the clues difficult to figure out. It is about riding, not Googling.“

I spent 15 min googling tonight about this and got nowhere so I’m done. I needed to get my yayas out though before I fully gave up.

Cake it easy, guys. Nothing says lovin’ like something from l’oven.

North then west to a fault = California Avenue

@ornoth has it, but if he doesn’t grab it this afternoon I will run out after work since it is near my house.  While passing by l’oven don’t forget some hometown taco’s.

Too wet for me, Jay. But Saturday becomes fair game.

Found it on street view with the l’oven clue. Too hilly for me especially with me walkrunning the half in a week. (I start off running but by mile 11 devolve into walking).

I am in Philadelphia, but before I got on the train, I really tried hard to find that river clue again. Spent 15 solid minutes poking around every angle between the bottom of the FtDuqBr bike ramp, and the Vietnam and Korean war memorials, from street to river. Nothing.

So did you beat the CTC’ers, I presume? Nothing about CTC on the board this year? That used to be quite the active topic. Is there somewhere online I can follow that? I need my vicarious Type II fun.

I found the tag. It’s in the homeless camp under the West end bridge. It’s visible from the trail. I didn’t take a pic for obvious reasons.

For dignity/respect/safety/privacy tags should never be in homeless camps.

Still dont understand about 1/2 the clue.

You should be able to OBSERVE this tag without having to battle any HILLs.

A previous tag was placed nearby

my ability to insert the photo has gone away, probably due to my incompetence, but maybe due to other factors.

BTW on CtC: a new course record was set. Steve G. finished at 6:04 am, just over 25 hours. Incredible.
(Sorry about this link. I think you can see the photo if you click on it.)
https://drive.google.com/open?id=1Xx5UGJY7eTldWnNHfbGN5TxJ5v446mOl

Yea, the link was good for me when I clicked on it.

To change the direction of this thread… 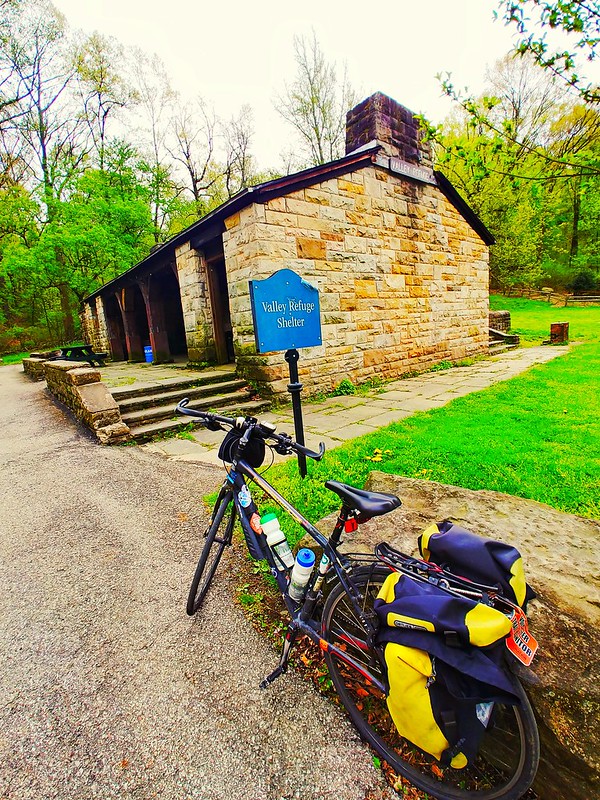 Note the dandelions blooming along the wall today, but not yesterday…just like a couple tags ago, there were no homeless in that are/antechamber of that area.

And just nearby on the hillside, Hoystonia caerula, bluets, Quaker Ladies: 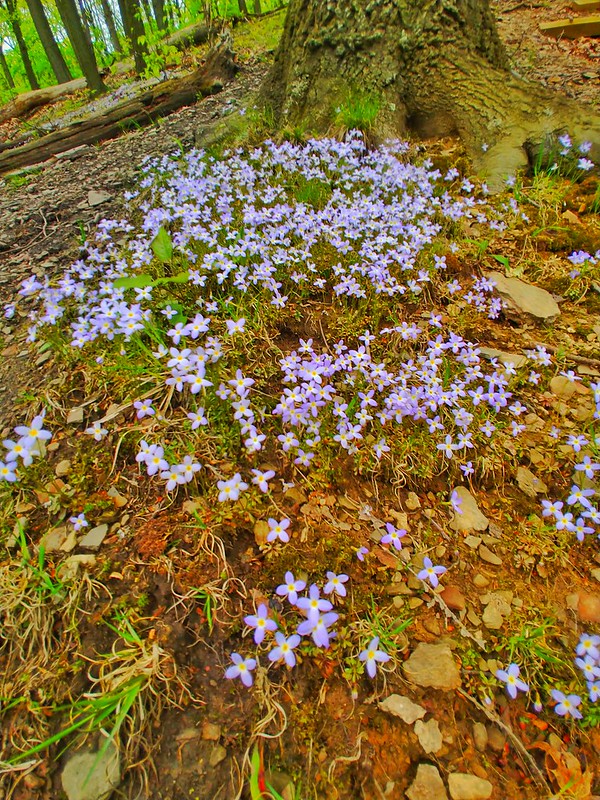 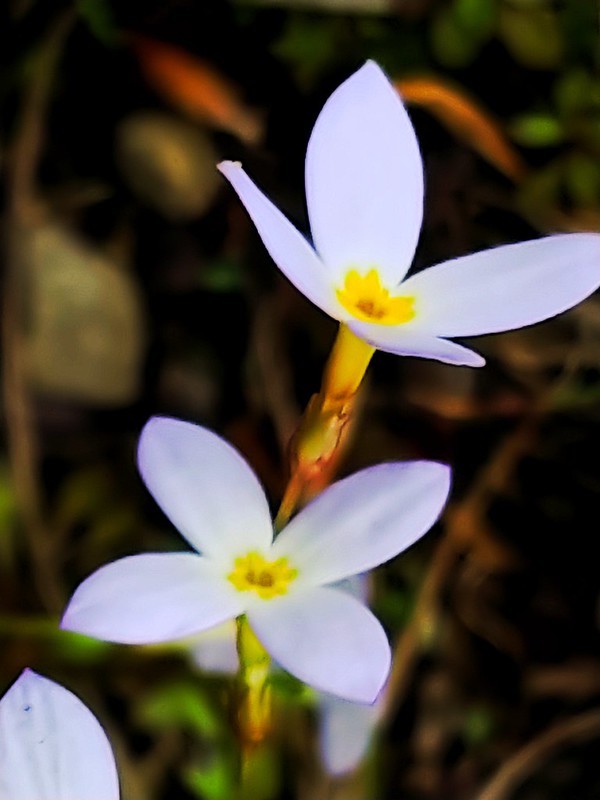 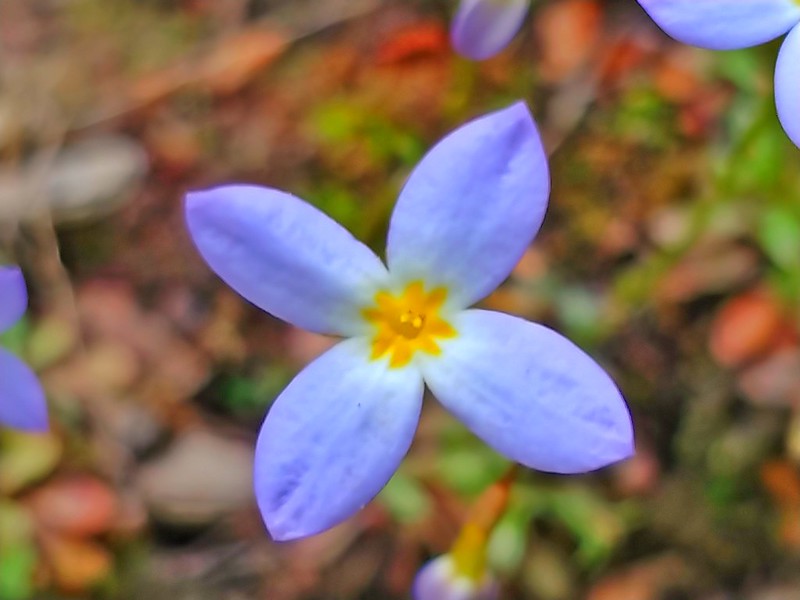 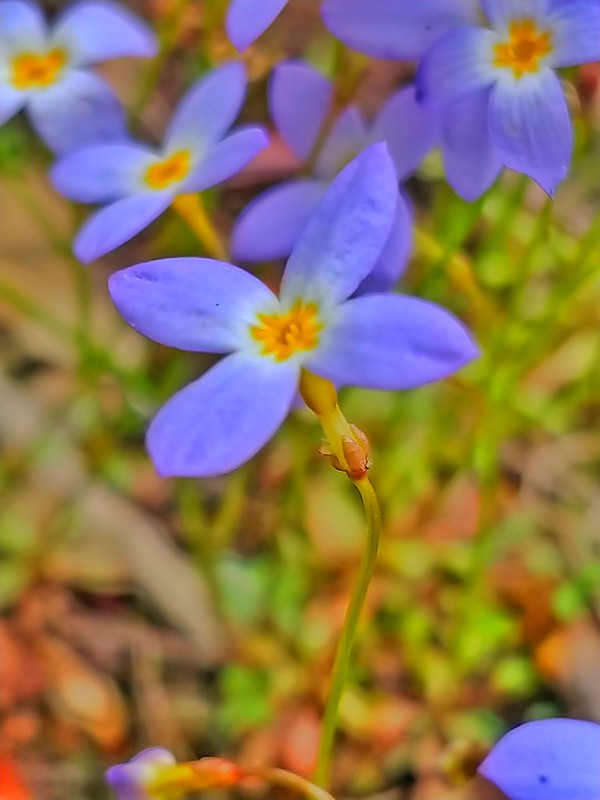 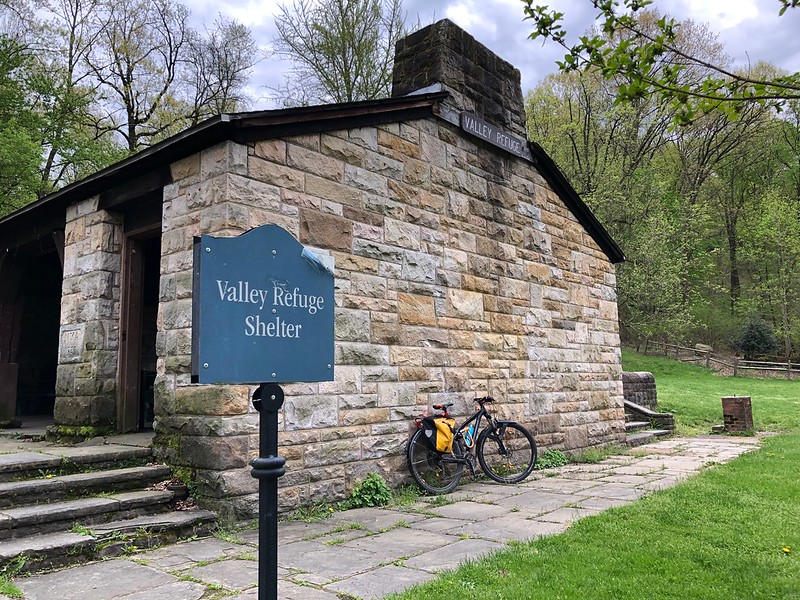 Botany is televant to the tag which is in park… certainly more relevant than Ctc..

cf. discussions on history and et alia topics related to tags … and whining which has its own thread…but rules are for lizards not Homos. 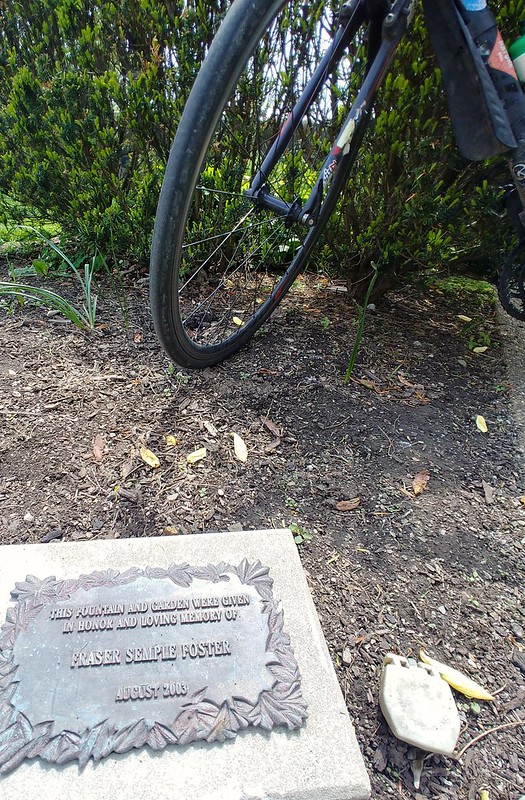 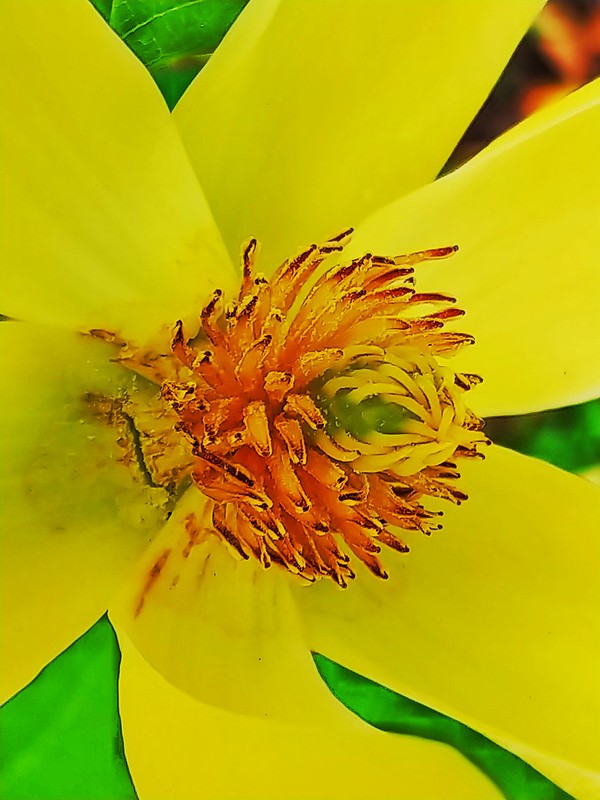 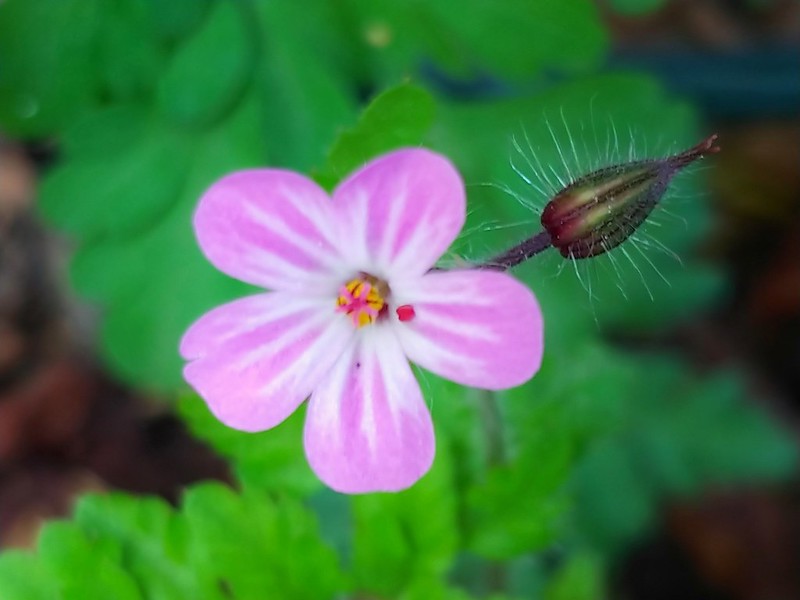 Before this slips into the Iguana-hole of weird hints, strange poems, pictures of flowers, etc., lets just brute force solve this and someone pick up the tag. The Iguana seems to have boundless free time to scoop up any new tag, thus leaving us with the pattern of quickly solved Iguana tag followed by a week plus of non-solved Iguana tag.

So, for the sake of the speed and spirit of the game–
I goolged the name in the picture Super WASPy person who somehow seems attached to the Little Garden Club of Sewickley. so my guess is that either this tag is way outside of the box in Sewickley or is maybe closer to Oakland/Phipps (do they have memorial signs like this outside?)

This is mom’s obit. I’d check Phipps outside first–
https://www.legacy.com/obituaries/postgazette/obituary.aspx?n=phyllis-alberta-keister-semple&pid=123239943

and dad’s obit: https://www.nytimes.com/1990/03/22/obituaries/harton-singer-semple-golf-official-69.html
(this family is so waspy it’s like eating a ham sandwich for this Jew).

That’s all I got.

I’d ask Iguana for a clue but a) I’m sure i’d get something back such as “there are enough clues in the pictures” and b) I wouldn’t be able to make heads or tails of it. 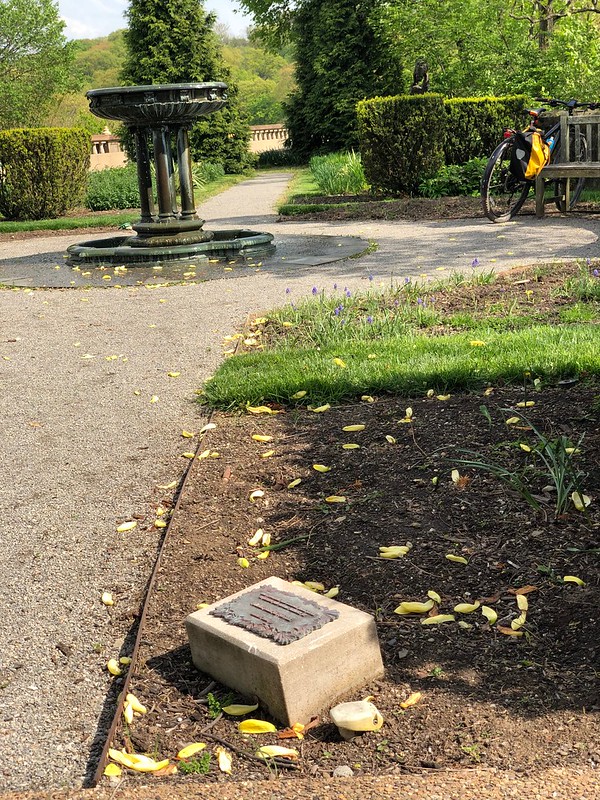 This was a more reasonable Iguana tag.

*This* is why Al Gore created the internet. 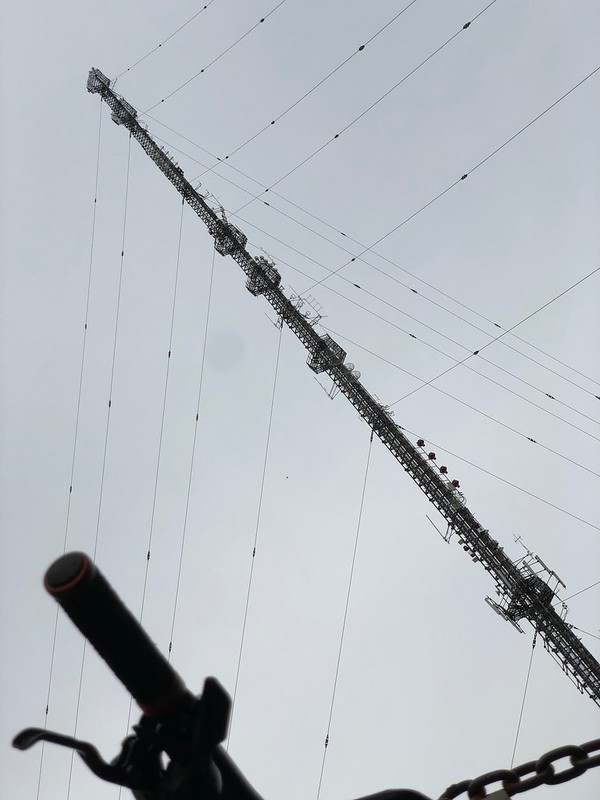 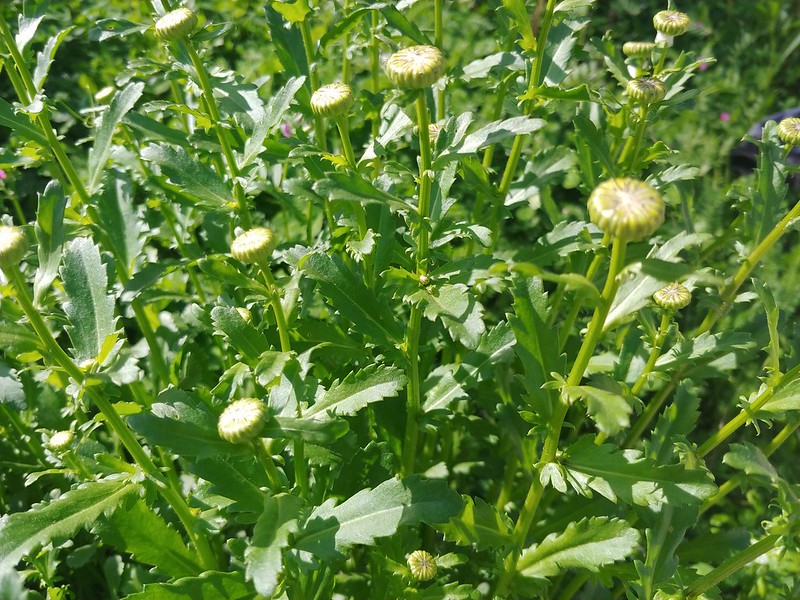 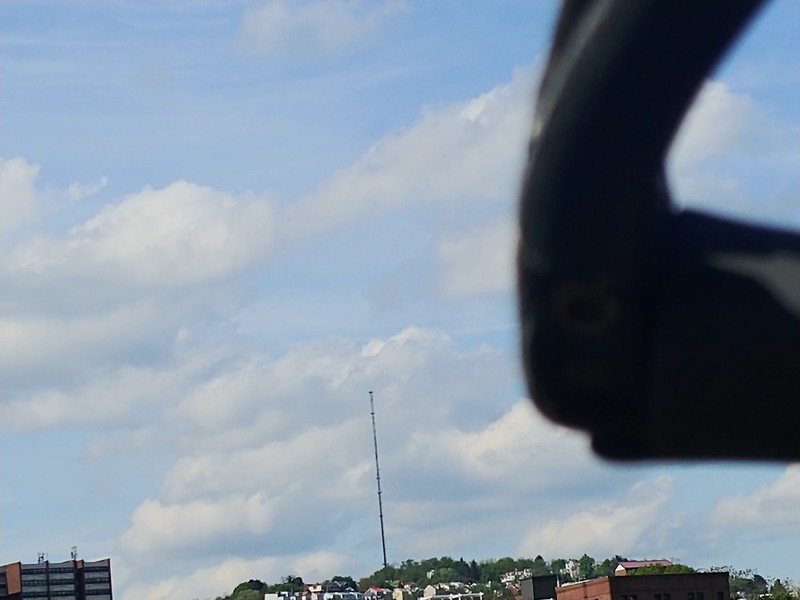 One could pontificate on whether a tag is picked up by being close to it or, because it is tall and seen for miles it could be picked up from a distance.

I can bike 5 min from my house and still be in Fox Chapel and get a pic of my bike with the Steel Tower. But that doesn’t mean it’s a valid tag pickup if the steel tower is the object in question.  Or does it?

I guess people should choose short objects in the future to decrease the debate.

Edit: Paul says “no dice.” and this seems to be covered right in rule #1. See the “in the same location” part.
#1 – Find the tag and get a picture of your bike in the same location (as best as possible). The first person to post a found tag gets to place the next tag. If you get a tag, but somebody else posts their picture first, you lose – you’ve been Bruced.