You rock, reddan. Not many green stone buildings or single-digit-weather tags out there.

(My apologies to Paul and Yale…I didn’t even notice your intention to grab this one.) 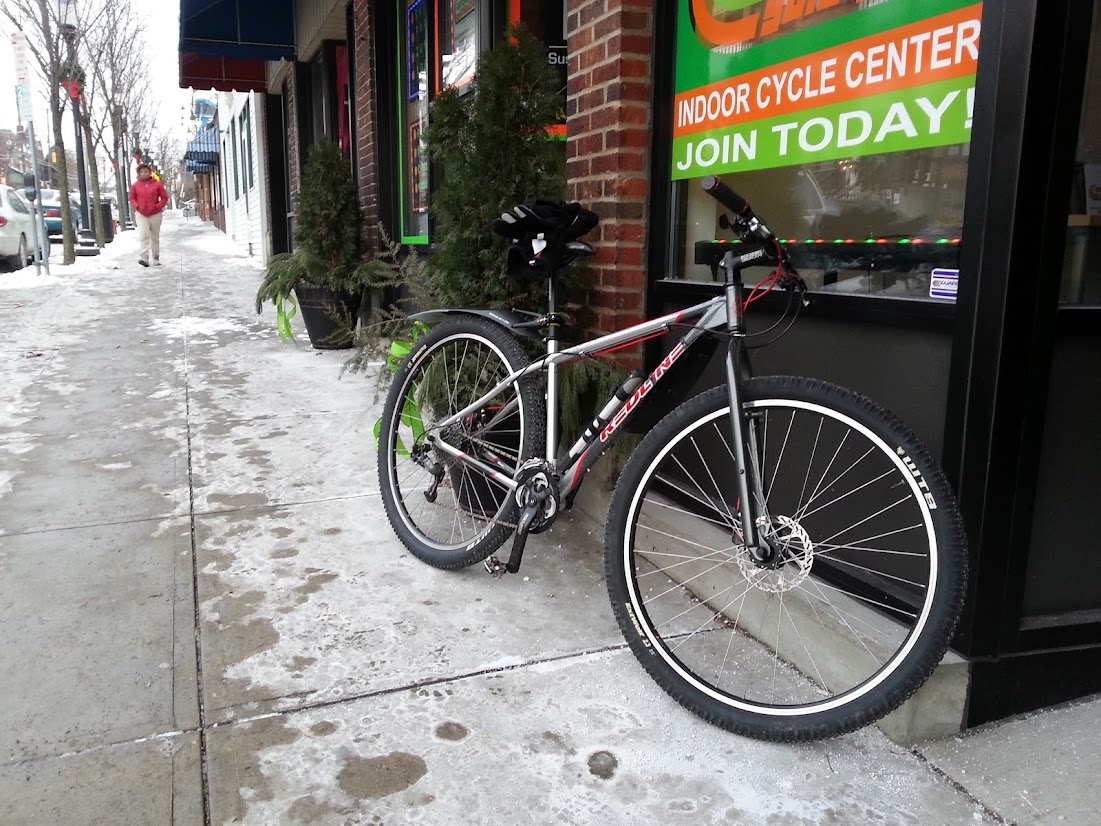 I’m not really a fan of pedaling to nowhere (although I make an exception for the office); that said, this one is making me yearn for a visit to family on the left coast.

Cool to see Dan back, and on an actual bike, too. 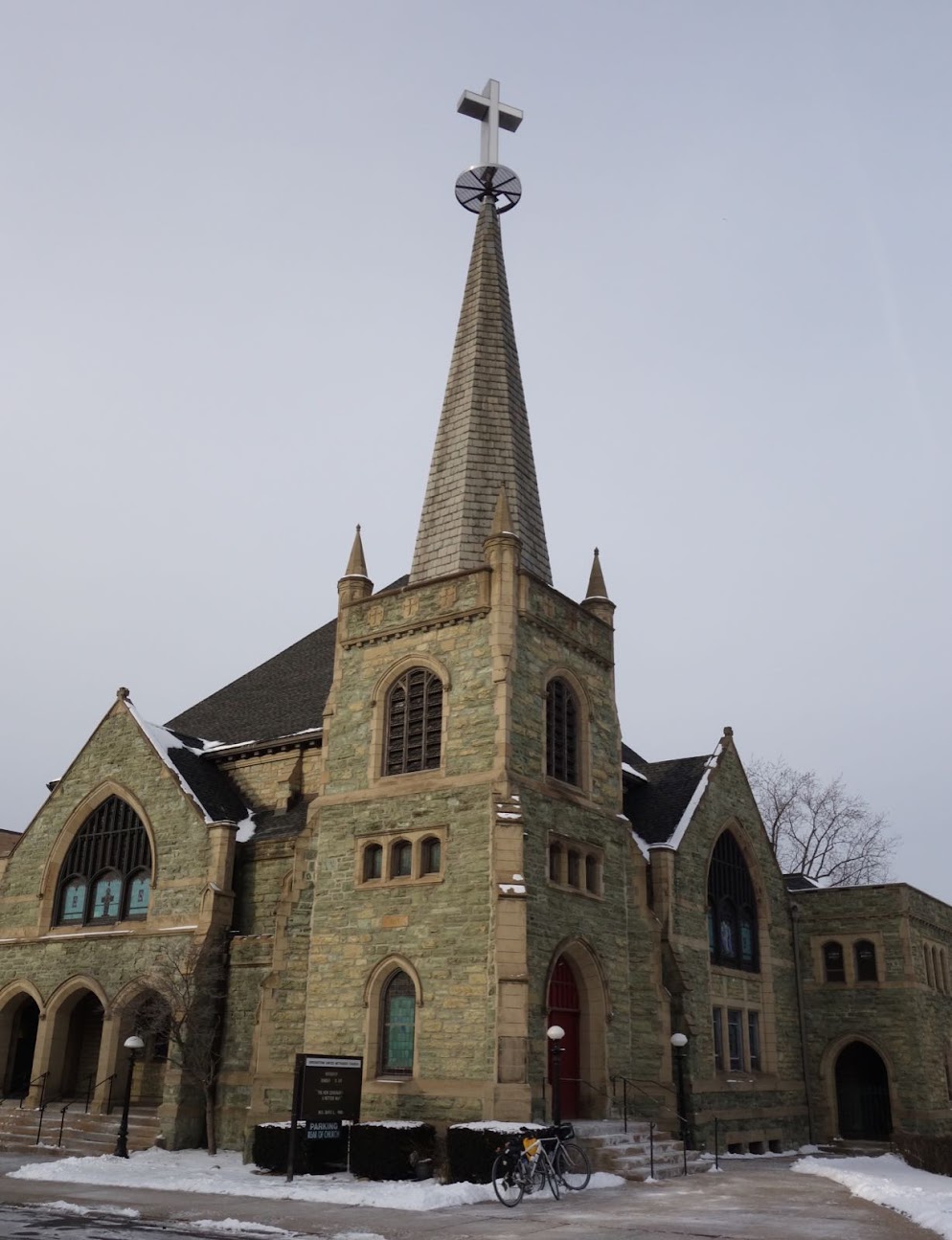 reddan, Wow! I am I impressed with the COLD frickin weather you rode through to get the tag!

Well, it was only a mile from my house, so I can’t claim too many tough-guy points for that. ‘Twas a good excuse to shake the dust off the 29er I’ve not ridden in a year.

They must stay nice and warm in there… 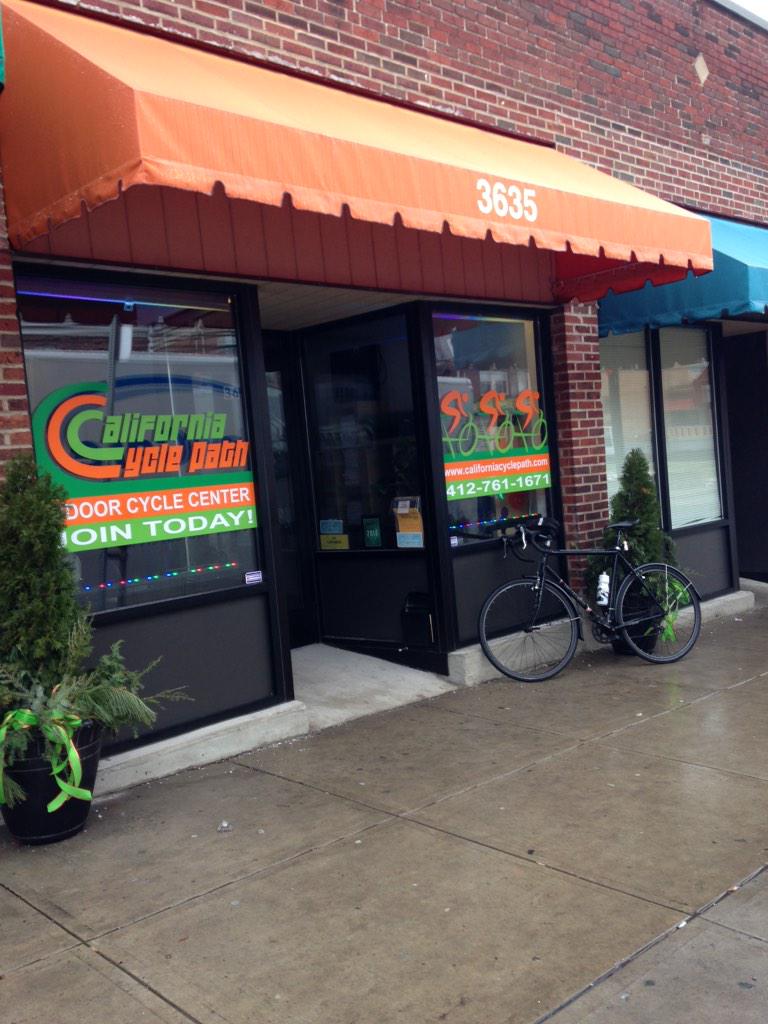 Cool. We’re out of the East.
But, boy, Randy sure gets around… especially in this weather. 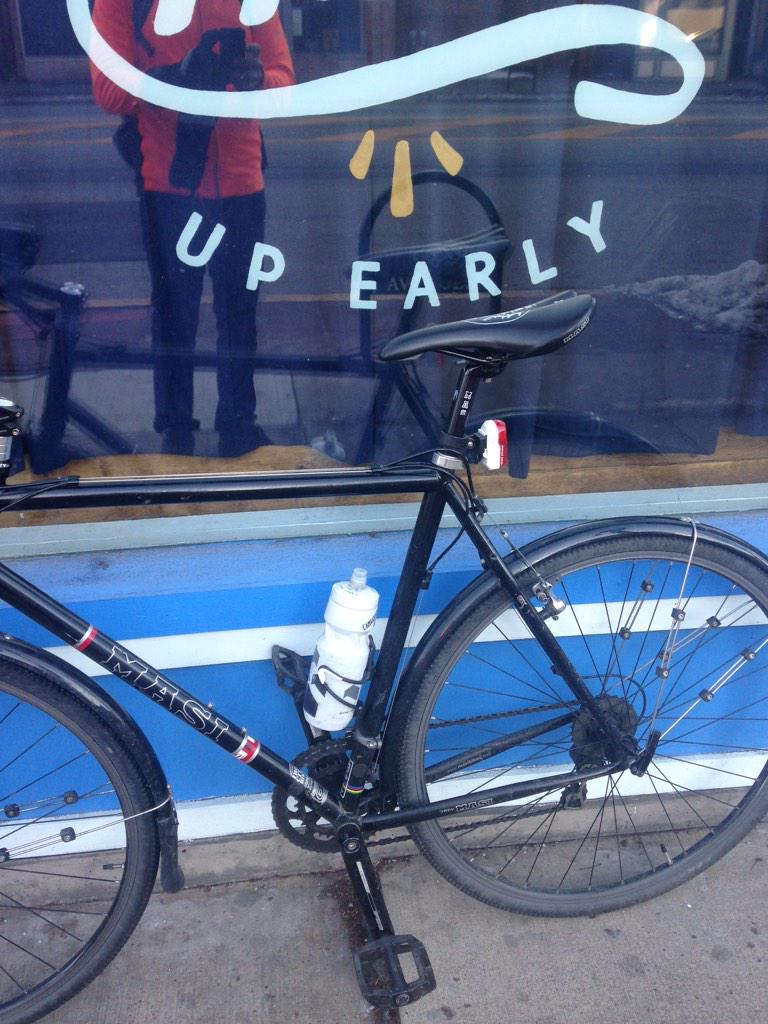 He’s not playing but he still has game. He’ll make you a batch of salsa or paint you a canvas. 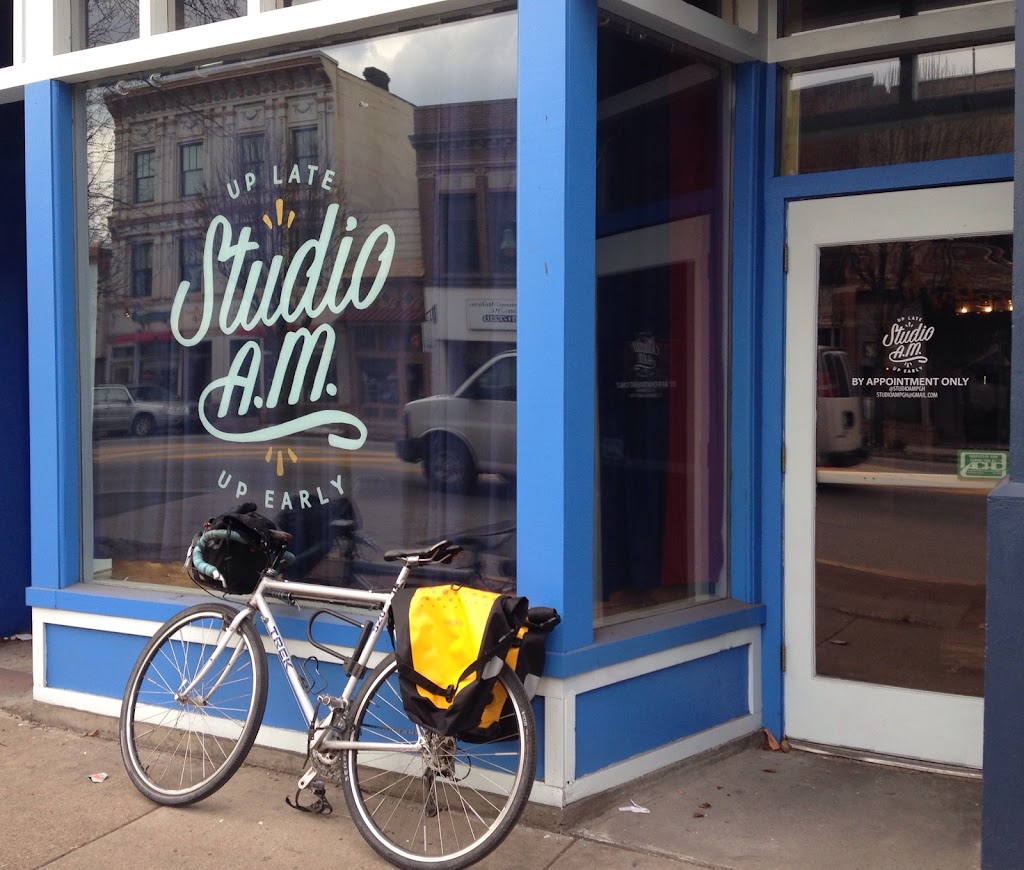 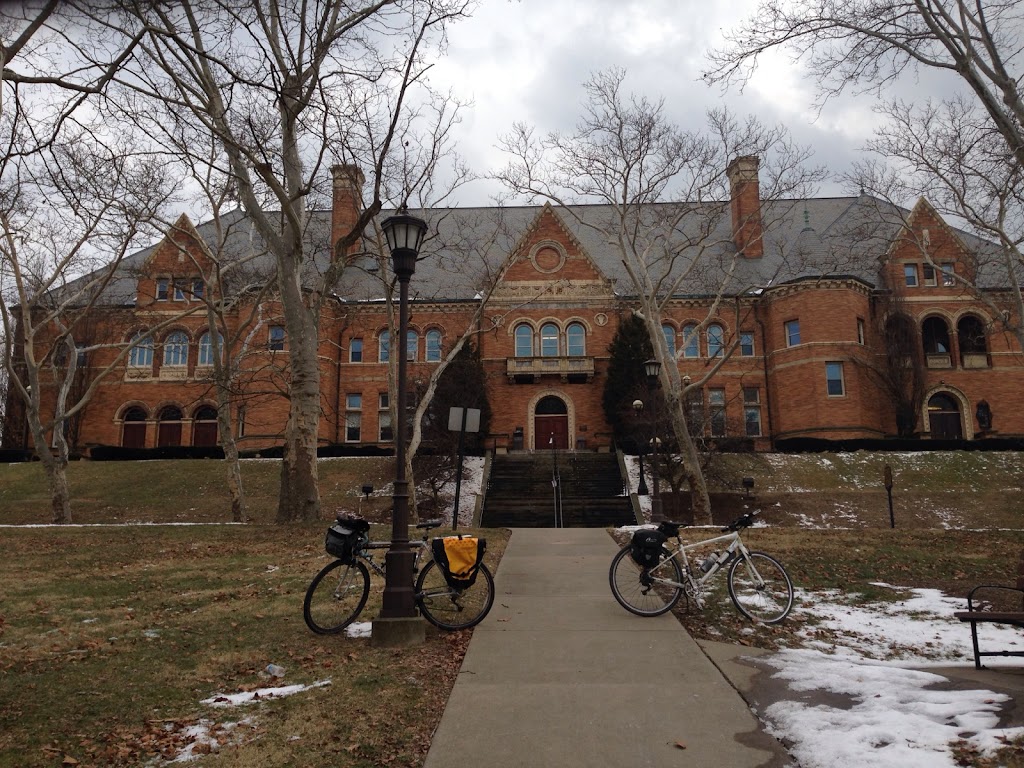 Amazingly, it has never been a tag. Twice I’ve gone out that side of town to get a tag (once successfully, once not) and stopped in this very building afterward.

Um, it sort of was a tag already, though not quite exactly. Also set by Paul. Unfortunately it involved this time travel thing that ended up not really working out (at least not for Paul). Ahead of (or behind) its time, I would say.

So actually I like that it turned up again, in this way. Gopher it!

I believe it was tagged before, early on, but it’s not on the map.

Seems unlikely. It’s not on the list of tags either. There was a tag with a similar name, back in the first month of the game, but it’s only near this one orthographically.

When I checked Steven’s spreadsheet I chose to search ‘Carnegie’. There were, I think, 16 hits. The majority were libraries.
Don’t worry though, there’s still plenty of them to tag…

Oh, and just to be difficult, this building is actually located in Munhall.

*singing*
“eh-eh … And then along came Jones …”
But did Jones ever go to the library?
Much closer to go to school. 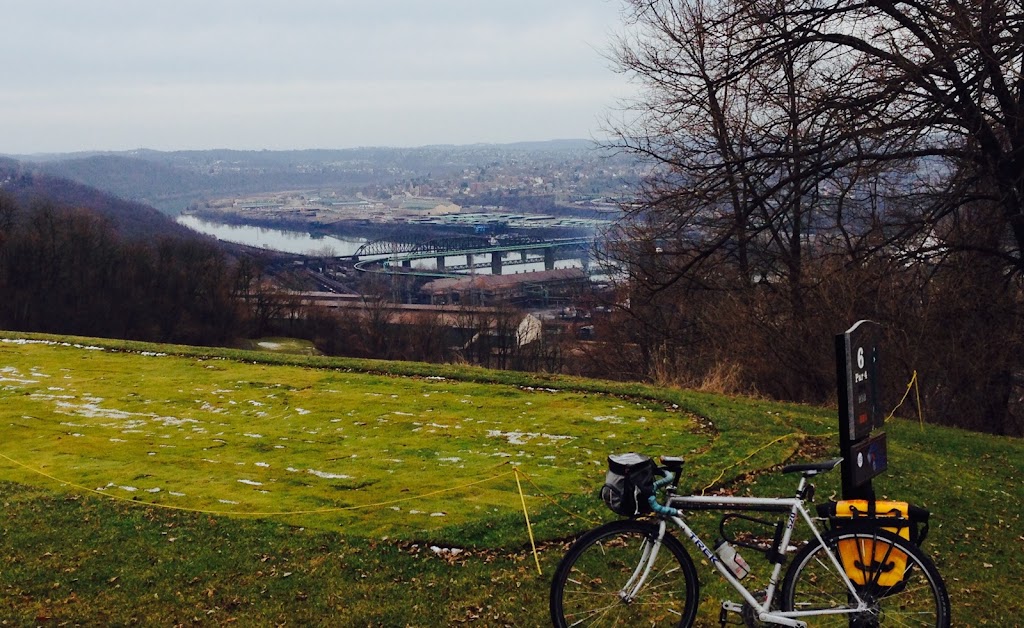 Paul, don’t forget a word clue. Preferably in the form of a rhyme.

But getting there might require some parkour (or was that parfour?) skills. You may be able to get some useful tips from this
informative website

Well, it’s right golf course, but is that really the 6th hole?
The post & the background don’t quite match the tag pic…

But hey, Jon does appear to have shlepped all the way up there.
Maybe a bit more detail will satisfy the skeptics.

Yes, things look different at night
But if you want to see this sight
You’ll have to do it this year
Or at least that’s what I hear

And now, the landscape view: 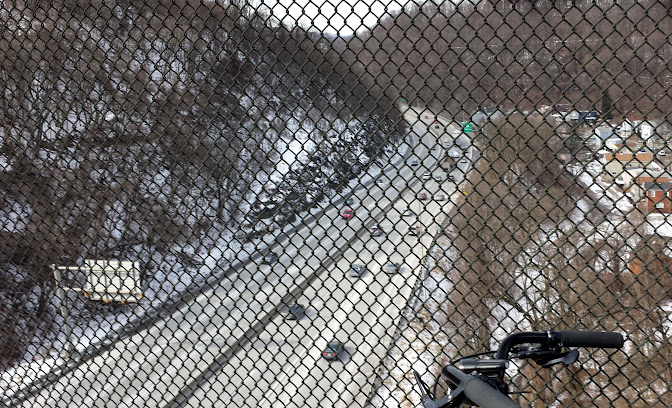 Greenfield Br, shortlisted for “Things That Aren’t There Anymore”. 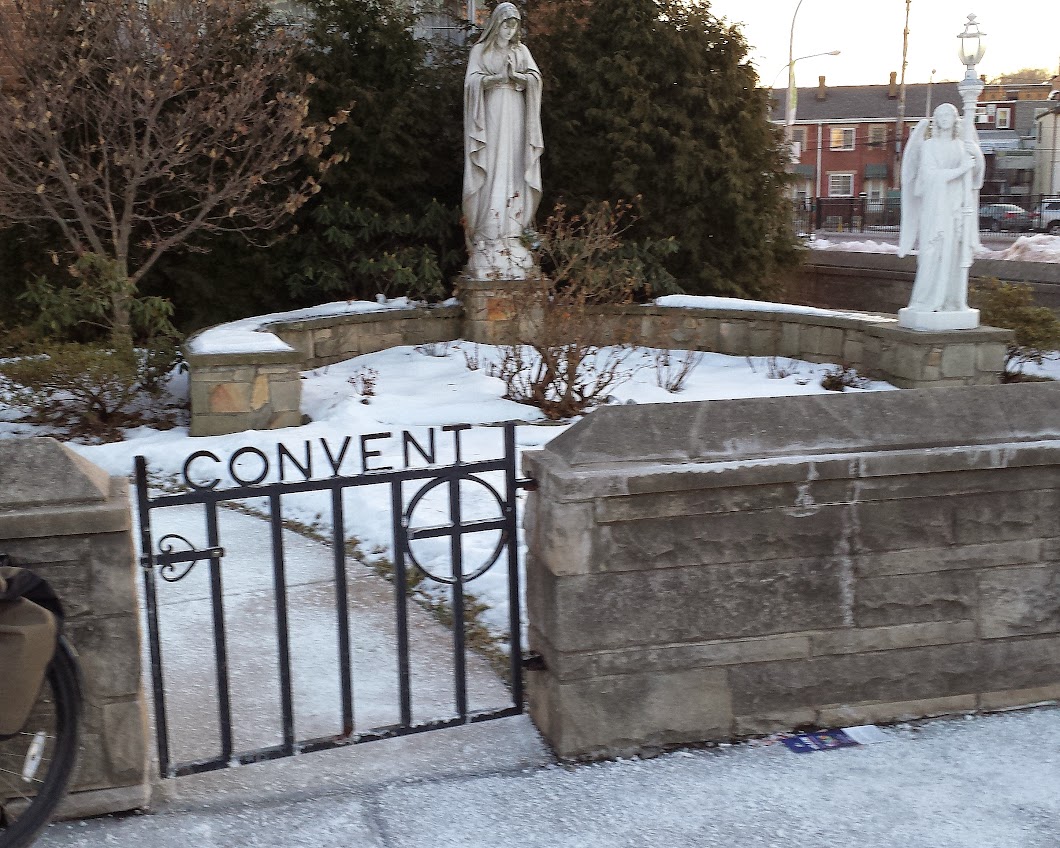 Ah, the Pleasure of again setting a Tag hereabouts.

And the last couple of days were close to ideal (winter) biking days.
Do folks need a more clueful hint?

This isn’t particularly specific information, but this tag does lie on on a rather well-traveled commuter route. For what it’s worth (nihil) I waited until there was snow on the ground to set this one, just to have the grill-work stand out better and make it easier to find. Though snow’s probably all melted by now.
Sic semper destitutione.

I know where this is, but not sure when I can get there. Anybody who knows where it is should grab it.

Get it quick before a friend does.

The convent at Friendship Parklet.

(Hope this works. Recently got a smartphone.)

“(Hope this works. Recently got a smartphone.)”

Congrats! We got it!
Here’s your tag:

However, none of us can use the smartphone to upload a photo directly to the forums like we used to, that feature’s been broken for a while. For now, we’re stuck using HTML to cram it in here.

That was kind of you. Thanks.

New tag, I hope.
If you’re leaving Home, you can’t take the train,
but you can catch the bus.