story in the media a few months ago about Randy’s husband, who is not doing well medically.

I didn’t know Randy is gay. Good for him!

I’m pretty sure this is a little north of the box.

Where’s the bus! I’ve been waiting for it for six years.

While the 11C (or 9) bus has not run since 2011, an off-road Ross Garage bus went past while I was tweeting the tag. Wouldn’t stop, either.

That was way outside of the box

Oops, I thought West View was in the box.

Was that bus headed to Blazier Drive?

It’s kind of hard to know where the box lies when Chasing and placing without an internet connection.

I heard that section of Ross used to have urban blight in years past.

Whatever, it was a mile and a half from my house, and I was going right past there anyway.

OK, new tag. This one is well inside the box.

Tag drop. The place, not the people. pic.twitter.com/RY35xfJcGj

World War 1 memorial, Butler & 46th, must be an Underwear Ride 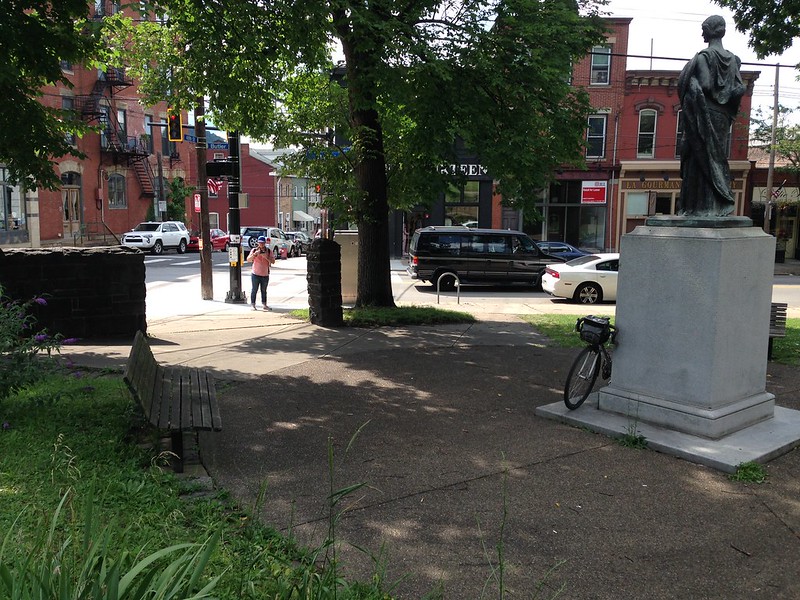 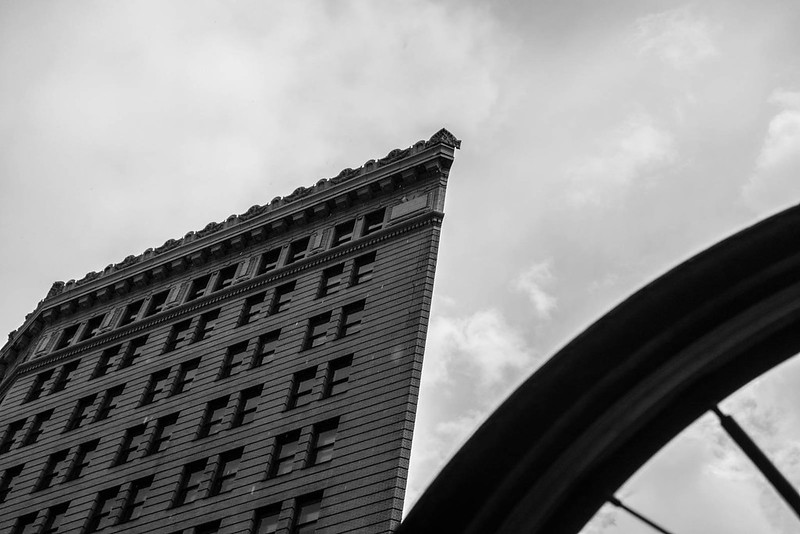 This kid knows
a place no cars go

He’s taking that ride to nowhere
will you take that ride? 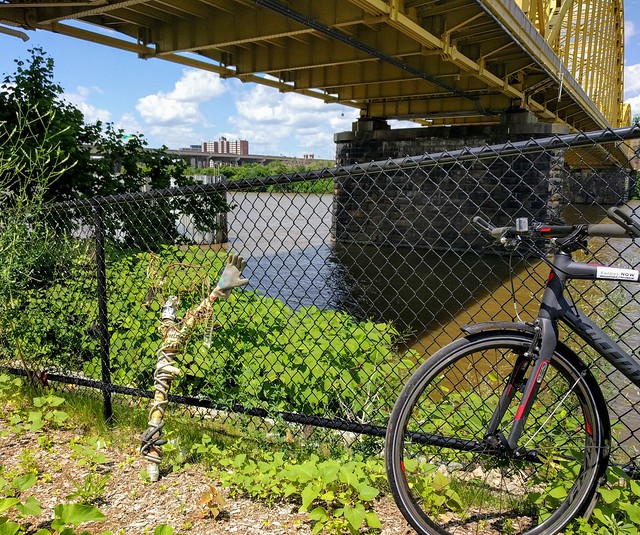 If you follow the Strip District Trail upriver, past all the detour signs, you’ll get to the fence blocking the trail. There. 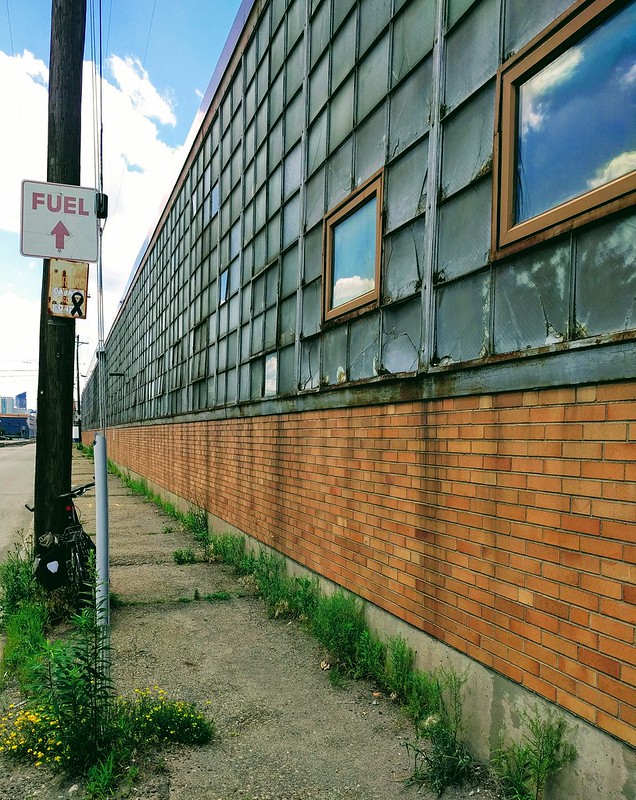 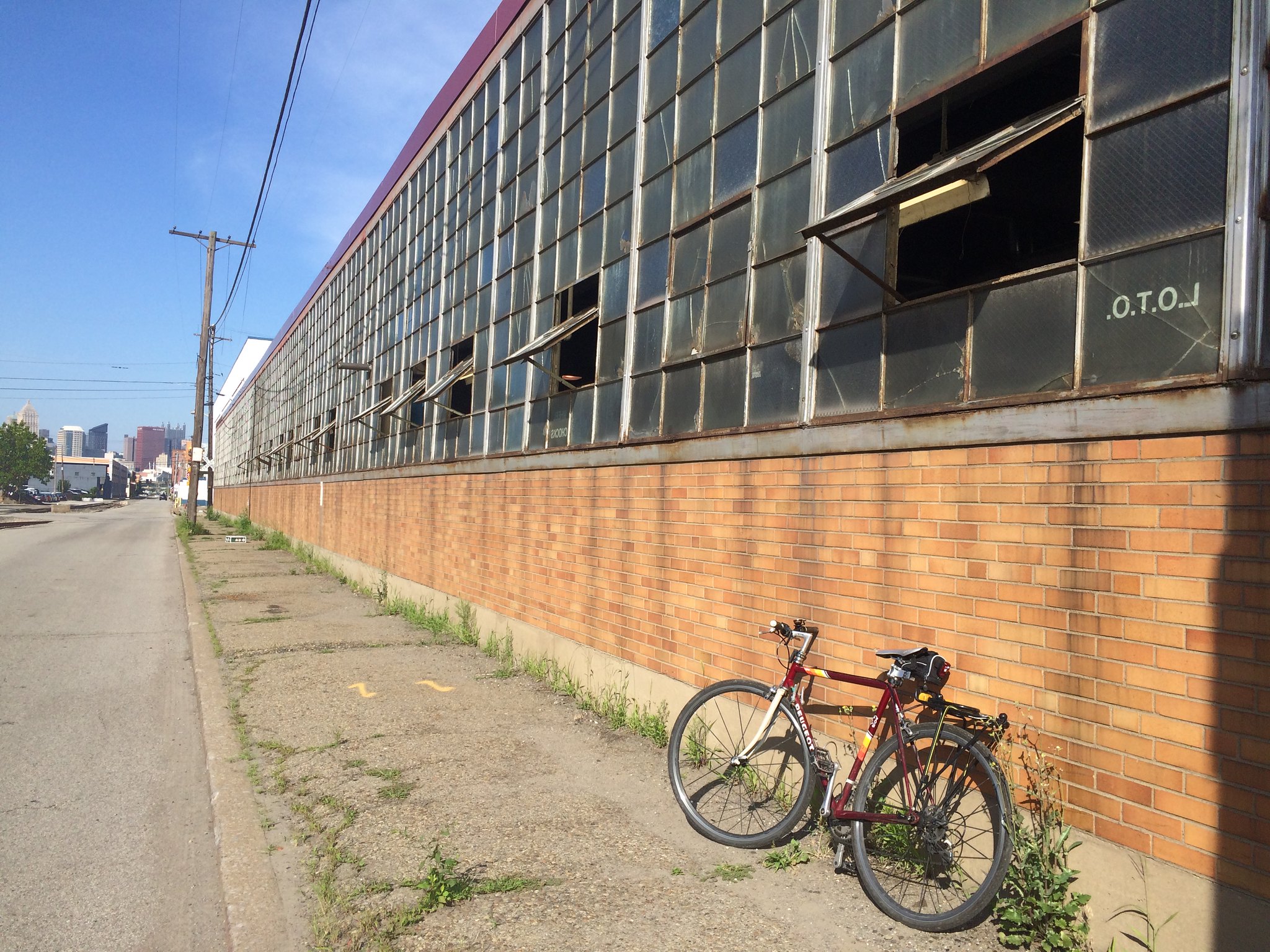 29th and Railroad. Coincidentally, where I spent a few minutes waiting for the ambulance a couple winters ago when I wiped out on the railroad tracks. Not on a 29er.

Hint: you can see another tag on this page from where I took the photo.

Rain doesn’t stop tag-o-rama. Market&Fifth. Art from CAPA, by Julia Melnyk and others 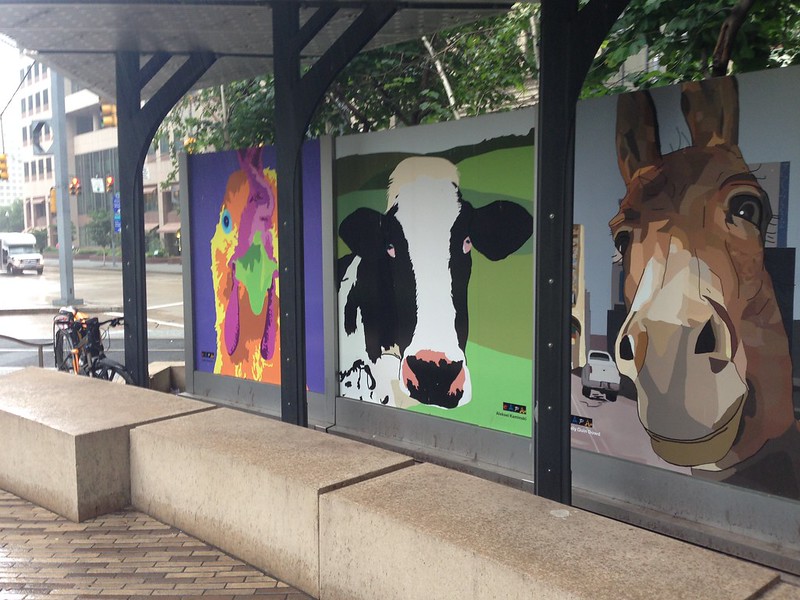 New tag. Nice brickwork! I could give a hint later, if necessary. 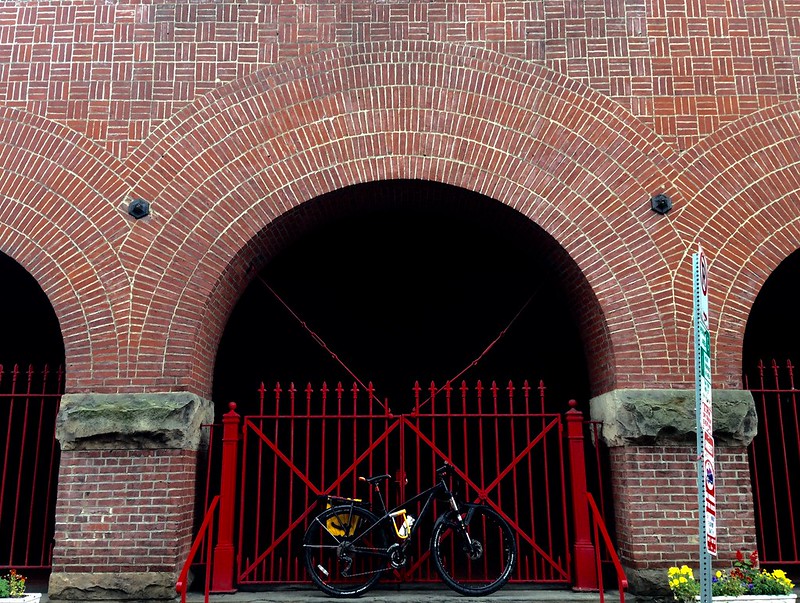 By George, I think we need another church tag. Get your One, Seventy-Five, or Ninety-One here!

Unsolicited advice: get some toe clips (you’ll need pedals that work with them).  They aren’t very expensive and make hill climbing a lot easier as you can get a bit of power on the upstroke too. Also don’t have to worry about feet  slipping off and destabilizing you on a hill climb. I bet you can get pedals, clips, and straps for $20 total.

I used them for decades before moving into the much more expensive Shimano clipless pedals. 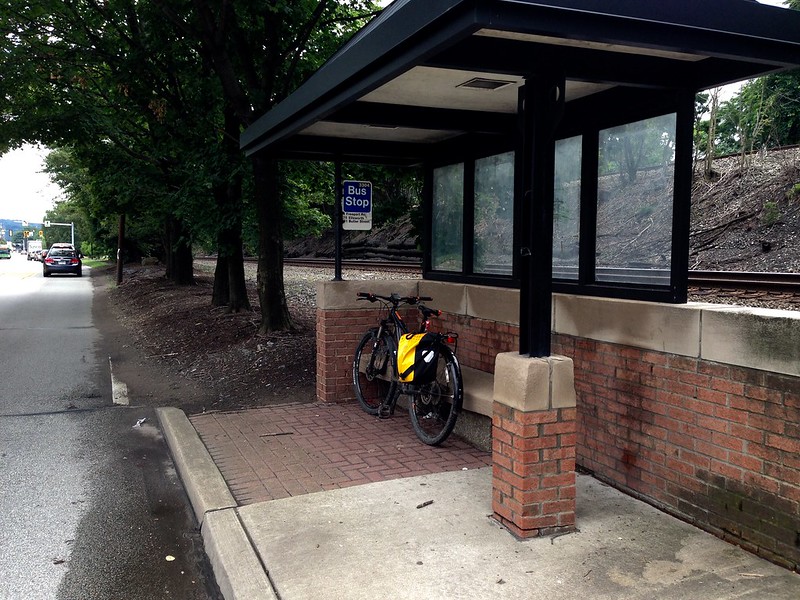 hint: this is not an apple core 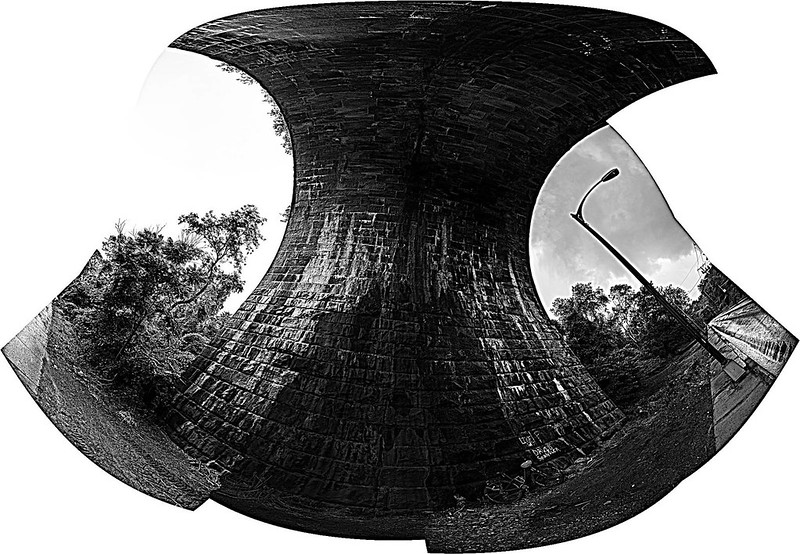 I can’t believe I recognized this funky tag almost at once.

From one end of the city to the other…

I don’t think any of my Pittsburgh Randonneurs friends play ToR, but they would understand that this is the only street in the city where you could ride an entire randonneuring event on a single public way.

Although it’s at the less-developed end of the street, someone obviously thought this big red dot would be a convenient marker! THIS IS THE TAG: 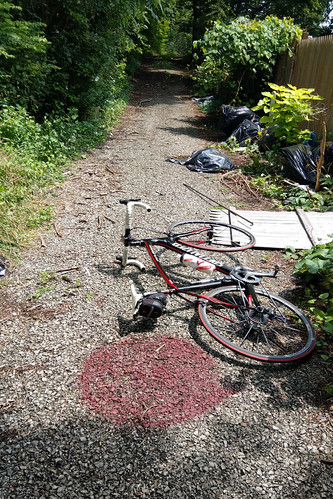 If you want to validate your guess on Street View before hitting the road, you might find this near the other end of the street. THIS IS NOT THE TAG, THIS IS JUST A CLUE: 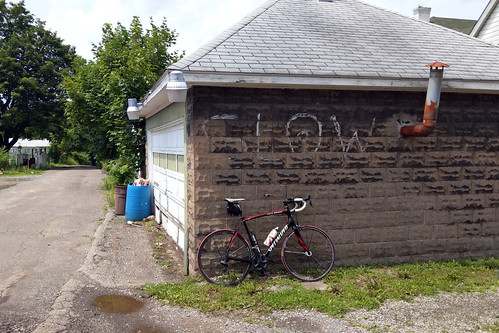 I suppose that’s true. But “a randonneuring event” should get you where you need to be. It’s the only way.

Just go back and forth many times.

Each event must use a RUSA-certified route. An event’s route may be assigned after the event is approved for scheduling. An existing certified route may be used. New or changed routes must be submitted to RUSA at least a month before the date of the event where it is first to be used.

Choosing the route is left to the organizer; however, routes consisting of doing the same loop multiple times, regardless of the distance of the brevet, are not permitted. Ideally, routes should be out and back, on low traffic roads, and on roads that are easy to follow. Extreme terrain should be advertised as such when the ride is first publicized. The date and location of a ride should take into consideration possible weather conditions to avoid, when possible, such as snow, or extreme cold or heat.

I’m not a randonneur, but I know exactly where this is.  Unfortunately, I already have plans tonight in a different part of town; you’ve got on the order of 20 hours before I’ll be able to get there.

Is it in the West End somewhere?

I wouldn’t “overlook” the West End…

Haah! That’s a pun more than it is a clue, tho.

Jon, you don’t have to think too long on this one.