Isa it still on? It is supposed to be very hot and humid at that time.

They usually make a final determination by about 4:30. Heat and humidity are not canceling factors, but lightning is. Anyway, not my call.

I am going to see the doctor today and I will ask him if it is ok to go for a bike ride today. I will for sure not be going if it is raining at 4:30.

August’s ride is this Friday!

And don’t forget the Try a Bike is this Sunday!

There is an 80% chance of thunderstorm on Friday. Could it be moved to next week or a different day?

No, the ride dates are set at the beginning of the year.

We will still ride in the rain, but if we have thunderstorms we will just cancel it.  Check here or the Facebook page for cancelation notices on the afternoon of the ride.

@Marko82, I cannot stand riding in rain. Why can’t they be postponed in such inclement weather? How many are left for the year? I do not use Facebook.

Lightning/severe weather will cancel a ride, we don’t postpone.

By the time of a ride, anyone might already have plans for whatever other date a ride might be postponed to.  55 people have said they are or might be coming this week, not to mention those who also don’t use Facebook but know that there will be a ride on the Third Friday of the month; finding another date that they would all be able to come would be nearly impossible.  So, if the ride is not happening on the third Friday, we will just skip it and come back on the Third Friday of next month.  (You are, of course, welcome to plan, schedule, organize, publicize, and recruit riders to your own ride aside from Flock.)

Additionally, Pittsburgh weather is notoriously variable; an 80% chance on Monday might well be nothing by Friday morning, and even if a raging thunderstorm is sitting over Oakland at 3pm, it could be clear and sunny by 6:30.  (There have even been months where it was raining steadily at 6, so those assembled moved across the Plaza to the tent near the carousel, and when the skies cleared by 7 the ride went on as planned.)  So, Friday afternoon, somewhere around 4–5pm, we’ll make a decision about whether we’ll ride or not, and we’ll post it then.

(As an aside, the Flock page is public, as are all the events, so you should still be able to look at https://www.facebook.com/events/436471666687715/ and see if there have been updates even if you don’t have an account.  We’ll try to copy updates to this page anyway.)

(An additional note:  It’s August, and students (and their parents) are beginning to return to Oakland.  There’s also quite a lot of construction going on as the City and the universities rush to finish up as much as possible before the end of summer or the end of the construction year.  This weekend is also Little Italy Days in Bloomfield, if I recall correctly, so the bike lanes will likely be closed by Friday and Liberty will in general probably be a mess between Bloomfield Bridge and Millvale Ave.

You may wish to plan potential alternate routes, as well as allowing yourself some extra time in case of traffic jams, confused visitors, and other potential delays.)

A cyclist should always be prepared for wet weather. Mere rain should not be a deterrent to riding. Storms, yes; multiple issues during an active storm make riding dangerous. But those usually pass in a half hour or so, typically followed by hours of drizzle, not to mention the wet streets even if the rain has stopped.

The worst day for a Flock Ride was August 19, 2011, the day of the flood on Washington Blvd that killed four people. Water was 12 inches deep in the street next to the park we meet at. In that one case, the ride was delayed by an hour or so, but it did proceed because the storm passed and the bulk of the water drained off.

@Stu, drizzling is okay if there is not a lot of wind accompanying it. In such conditions, I can use a poncho. If there is more rain then one or two drops every few seconds, then it really irritates me and makes it difficult to enjoy the ride. Also we already had way too much rain recently considering making the rivers off limits for most of the summer due to combines sewer overflows. It doesn’t take much rain to cause a CSO which lasts until the next rain.

Anyway, not my call. I plan to be there.

@Stu, I understand that. I will be coming as well if it is not raining. It is supposed to rain all morning and clear up in the afternoon. If it is raining at 4:30PM, I will not come.

I will likely not make it. I will be out in Beaver County until late afternoon.

I will be coming. 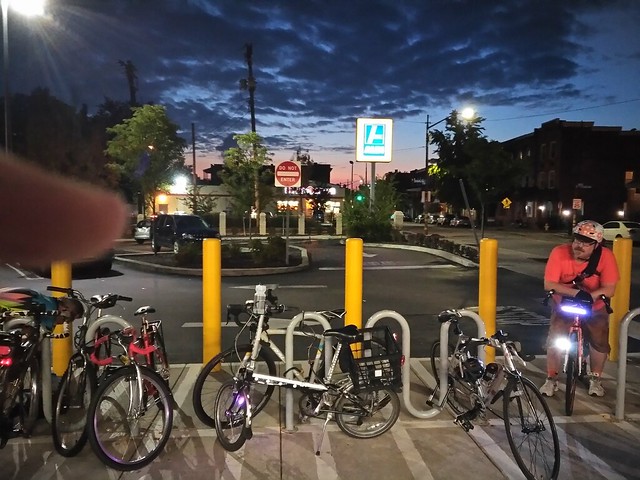 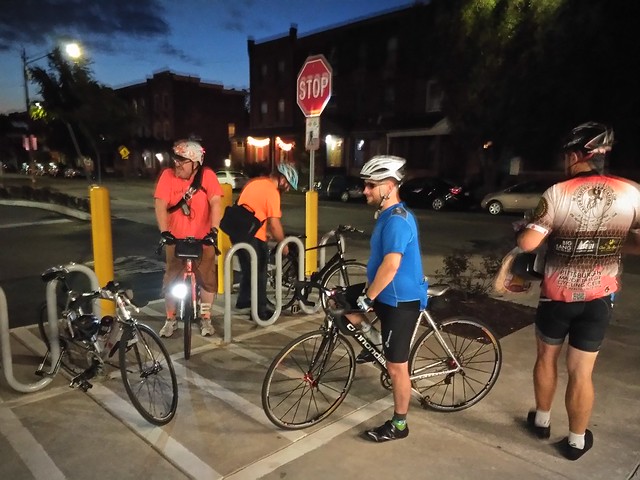 Can you please get rid of the middle picture? I don’t like how i appear to be picking my nose in it.

Has anyone seen an Abus Chain key lock in Mellon Park? I couldn’t find it when I got home.

I deleted to original, but it still shows in the msg board. I think that a “shared” photo might become a copy and is stored separate from the original.
I checked the Flickr help but there’s nothing about this particular case. (Embedding things in an album and then deleting an album seems to be the way to manage things.)

We can wait and see if the deletion propagates to copies. Any advice out there?
If not, another option could be to have BikePgh edit the post (I no longer can).

Also, I found my lock in one of my cargo bags.

Possibly simply deleting the image causes the previous copy to stay in whatever cache it is in, but maybe @ahlir, if you’re were to update the image with a new version, that might make it change. Making sure the URL from the middle image referred to your modified version.

I just logged in for the first time all day and see a space for a photo, but no photo.

I requested for the photo to be removed. It appeared as if I was picking my nose in it.

Thank you for removing the photograph. I really appreciate it. 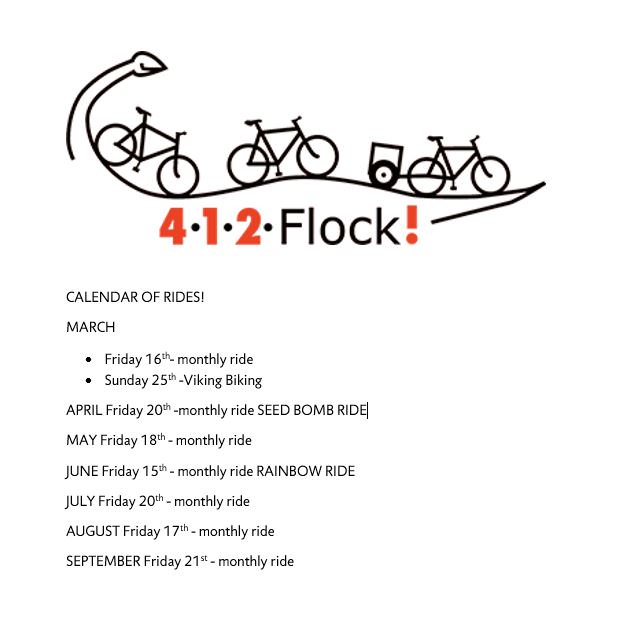 Is it still on for tomorrow?

As you figured out, Z, we aren’t always real prompt, but eventually we get enough of us together that we have a fun ride.

Yes, Would tomorrow or Sunday be a better day to take a ride out to Oakmont so I can document the riding conditions on Allegheny River Blvd. and Freeport Rd.?

The weather looks ideal both days. Sorry, I can’t join you, Z. Btw, you should look into getting a rear camera, especially if you’re going to bike on difficult, busy roads like ARB. The activity you need to document is what’s happening behind you.

Meanwhile, a shout-out to Lucia, for going on her first real ride in about a year and a half! Speaking to me before the ride, she said the last she was on a bike was in October 2016, before she got busy with her wedding. That and winter curtailed any riding, then pregnancy and recovery afterward kept her off the bike all of 2017, and as we all know, this has been a difficult winter, too.

Also a thank you to Lucia for getting me out on a bike for the first since Icycle Bicycle back on January 1, and for leading us through parts of the East End I rarely see in a car, let alone a bike.

later today, I would like to send you a private message. I think I can turn my GoPro around to face backward.

You could, but you should just get a rear camera and leave it there. Colleen and I have a Fly6, which doubles as a good taillight. Recharge as necessary, only pull the chip if a close pass or other incident occurred.

In short, don’t short yourself on front recording just to get rear images. You need both.

Today, I recorded the ride to Oakmont with the camera facing forward. When the video is done processing, I will upload it to YouTube and post a link. I will point it backwards another time. Should I do the same on Library Rd.?

Here is the video.

Hi everyone, I just want to make it clear as the above post(s) may cause some confusion: Flock isn’t taking any routes out to Oakmont…

Any chance we could take unrelated topics to another thread? That would be super.

At any rate, 412FLock’s next ride is coming up this weekend!

I don’t know where to place certain posts.

The Viking ride is this SUNDAY!