Um, maybe this was already posted, but WTH is the trail haphazardly closed from the point to the David Lawrence Convention Center? On the DLCC side, the fence is knocked over and under the convention center it’s just blocked by some tape.

Can the city move away from closing stuff for months at a time when work isn’t actually being done?

Might’ve been closed off when it flooded last week. I don’t know if they have to do something after it’s been underwater. Or maybe they just forgot to remove the barricade. 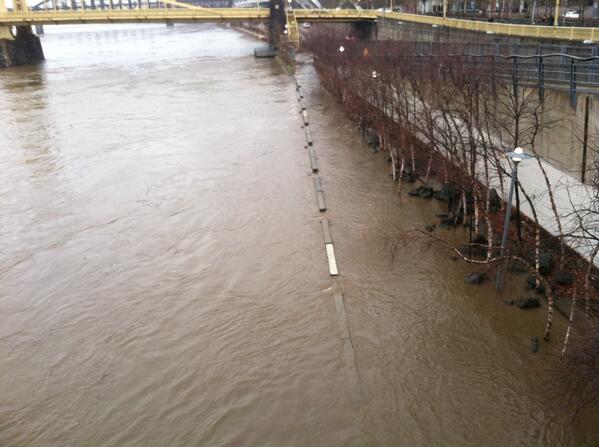 Just attempted to ride through there–now it’s open near the Point, but closed right by the Convention Center. I routed around and then back to the trail, and found that it is also closed by that big parking lot in the Strip due to some sort of construction.

Bah. I saw a bunch of caulking tubes in a public trashcan along that route, but wasn’t sure how long that’s been there