trails within 100 miles of Pittsburgh

Whoops ,on my post I meant Rainbow Bridge, not the Peace bridge, since it lands you right in the heart of NF.  There’s a lot of junk by the falls (touristy junk) as well as expensive parking, but further up the hill in the actual city (i.e., where people live) the parking is free.  Live is much calmer there.

NF on either side of the border isn’t a wealthy area, but the Canadian side looked safe for overnight street parking.  the NY side I wouldn’t trust.

@paulheckbert, your itinerary sounded very neat!  St. Catharines is lovely, especially right down by the lake.

The Panhandle Trail is now fully (17 miles) paved in Washington County–the more problematic miles of the trail. Eight in Allegheny and four in West Virginia are crushed limestone.

In West Virginia’s questionably-named Stonewall Jackson Lake State Park you can mountain bike a few miles on the Lakeside Nature Trail, or you can pedal on the water: 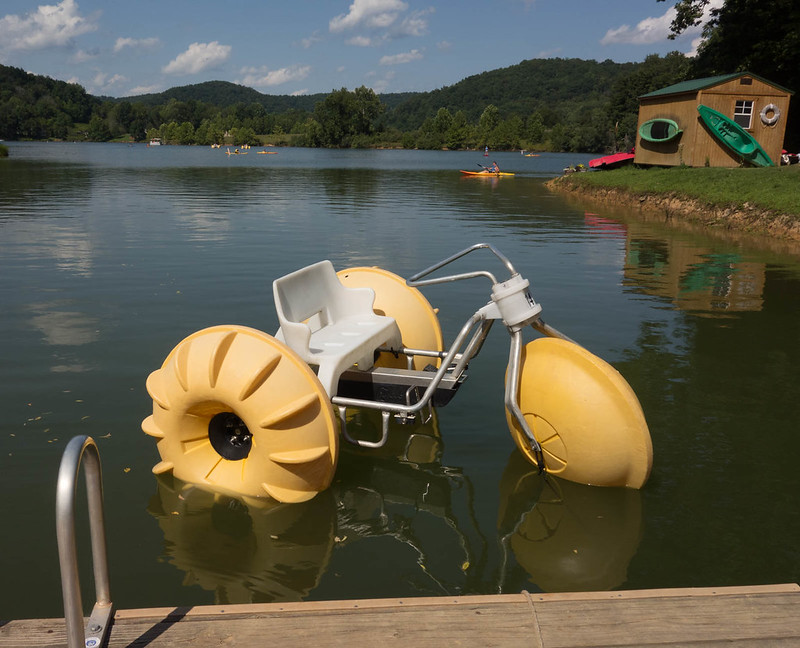 For years, Etna Borough has pursued a riverfront park and trail extension on the roughly one-acre sliver of former industrial land that borders the Allegheny River, not unlike that in nearby Millvale and Aspinwall.

\But like so many riverfront towns and neighborhoods, the railroad runs right through the property. And for decades the Bridge Street crossing in Etna, not far from underneath the 62nd St. Bridge, was believed to be a private crossing, property of Norfolk Southern railroad.

That meant that any bike or pedestrian traffic that passed through the park would have to go over a 23-foot high flyover ramp, constructed and financed by the borough, that would cross over the rail lines to avoid the private crossing.

Or so it was thought. Fortunately for the borough, their attorney, David Wolf, with Goldberg, Kamin & Garvin, researched historical records and maps affirming that the crossing was indeed public. Norfolk Southern agreed with the brief, which was filed with the PA Public Utility Commission, and agreed to take down the private crossing signs….

Darla J. Cravotta, Manager of Special Projects for Allegheny County, says that this Etna-to-Millvale section is “part of a system-wide strategy” of extending the Three Rivers Heritage Trail north as far as Freeport, at the northern end of Allegheny County, and could eventually be incorporated into a much larger trail that extends all the way to Erie.

I recommend the Holmes County Trail in central Ohio. It extends 31 miles between Fredericksburg in the east and Brinkhaven in the west. 9 miles of it are currently share-the road (low-traffic country roads), the rest is rail trail through the woods, entirely asphalt, shared by cyclists, pedestrians, and Amish buggies. If that’s not enough distance for you, you could keep biking west on the Mohican Valley Trail and Kokosing Gap Trail all the way to Mt. Vernon. Those trails are similar in character: gentle grades following streams through the forest. 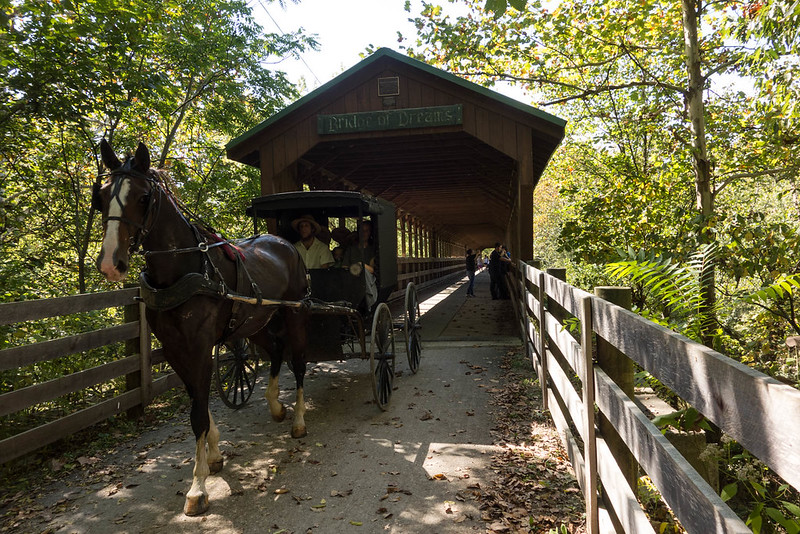 Could use some street sweeping, from time to time.  The lane is strewn with hundreds of small and larger pebbles.  But, it is a wonderful addition to Pittsburgh Area bicycling infrastructure.

I picked up a sliver of metal in my tire causing a slow leak while biking on Neville Island, last time I was there, but I think it was from Grand Ave near Neville Recycling, not from that bike lane.

Tredway Trail (near Freeport, but across the Allegheny River), will be extended by 1.5 miles next year.

Sheepskin Trail has a 2 mile section open near Uniontown (that I’ve never been on).

Another segment from Point Marion to the PA-WV border, about 2 miles long (that is rough but which I’ve been on), begins construction soon.

Proposal for a new 4 mile trail (over a sewer pipe) from Keystone State Park to New Alexandria: the Loyalhanna Trail.

“I picked up a sliver of metal in my tire causing a slow leak while biking on Neville Island, last time I was there, but I think it was from Grand Ave near Neville Recycling, not from that bike lane.”

I was there, a couple of weeks ago and there was quite a bit of debris in the bike lane.

BTW, the entrance to the Montour Trail extension into Coraopolis is visible from the Coraopolis/Neville Island Bridge.  The beginning part is concrete but the rough trail is rideable all the way, along the ball fields, to Mile Zero.  Will put Coraopolis on the map, as a trail town, at long last.

If you encounter fallen trees frequently while biking, and want to be able to deal with them, you might want to get a pocket chainsaw. I recently bought the LivWild 26 inch pocket chainsaw for $22,

and today, near West Newton on the GAP, there was a fallen tree across the trail and I got a chance to put the tool to the test. I could have done it all by myself, but with the help of a passer-by, we cut the fallen tree trunk and got it pushed off the trail in just 8 minutes. 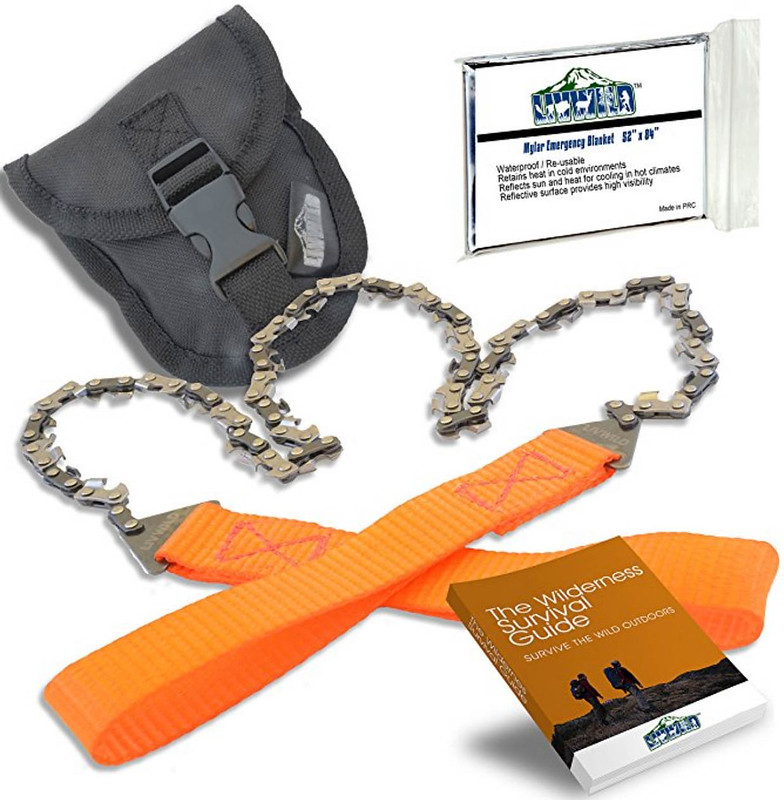 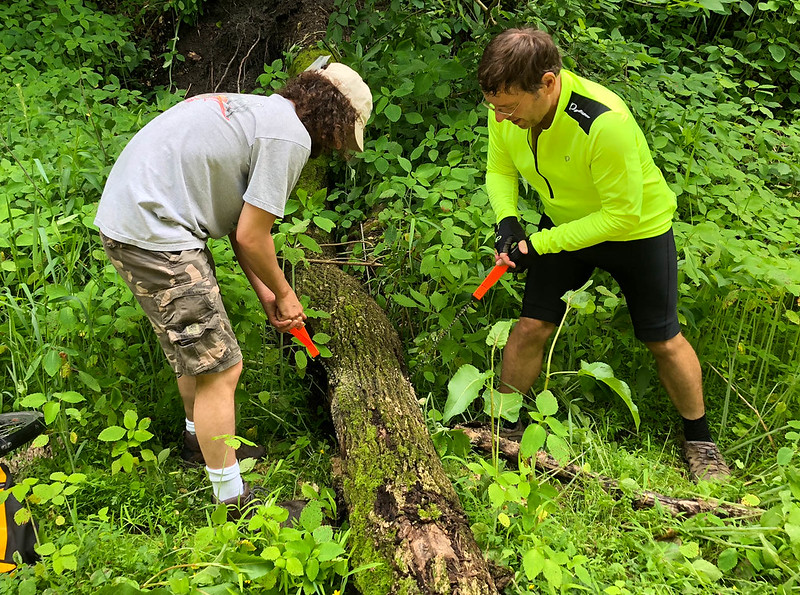 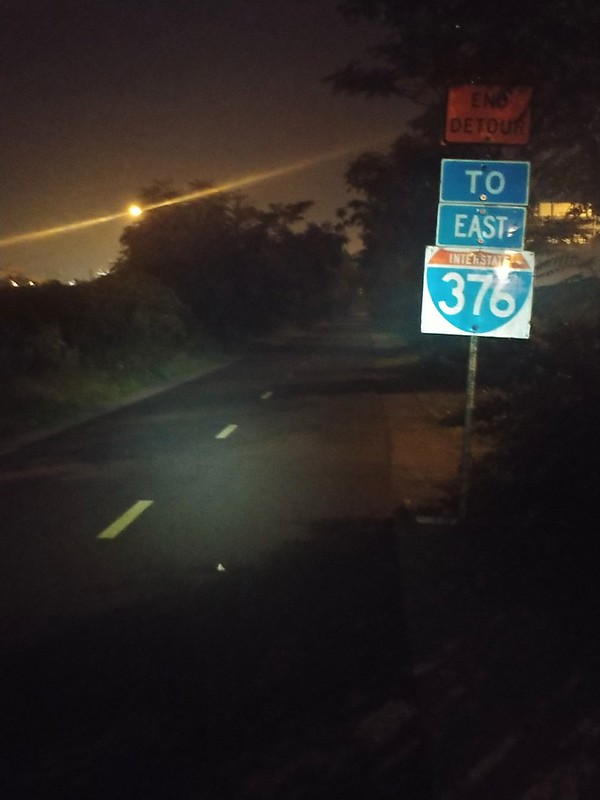 Nice ride on the Stavich Trail today with a couple of Pittsburgh Cyclists.  The PA portion of the trail is in good shape but in Ohio, the trail surface needs some work.

The Sheepskin Trail at Point Marion is vastly improved with a crushed limestone surface.  There is now a trailhead with a parking area and some signage!  When finished, the trail will be approximately 34 miles long and will connect the GAP Trail with the Mon River Trail, in West Virginia.  The potential exists for continuous trail from Pittsburgh to Parkersburg, WV.  I posted some photos on the Friends of the Sheepskin Trail Facebook Page:

Amazing! I biked that a few years ago and it was terrible for the first few miles.

Where will the gap meet the trail?

Yes, it was pretty rough until you would reach the WV Line.

The Sheepskin meets up with the GAP just South of Connellsville, in Dunbar Township, near Jonathan Run.  There is a small sign, as I remember.

If you haven’t tried it, the Armstrong Trail north of Kittaning into East Brady is beautiful and hugs the river along some spectacular views but be careful during hunting season.

It’s a bit more than 100 miles from us, but while reading about new bike trail and bike bridge construction plans in Cleveland, I was left envious that their city has a parks department that is building multiple major trails simultaneously. To whine some: In Pittsburgh, our city will paint lines on asphalt to create bike lanes, and sometimes they’ll put up bollards, but for every mile of new trail built, in recent years, it seems that we lose a mile of trail (e.g. Strip District). And Allegheny County basically never builds trails. It’s left to small organizations staffed mostly by volunteers (Friends of the Riverfront, Steel Valley Trail Council, etc) to scrounge money for trail building.

Being from Cleveland, I see the progress there. A lot of the major non-highway roads are state routes, but there is a lot more local control over these routes. I’m thinking that’s because Cleveland suburbs are usually incorporated cities, not boroughs, etc. The cities do the repaving of these roads and can put bike lanes on them.

</div>
<div align=”left”>
<p dir=”ltr”>https://wtov9.com/news/local/brilliant-wellsburg-connector-will-feature-a-shared-use-bike-path</p>
<p dir=”ltr”>I’m unsure if it’s related, but the trail from Wellsburg to Wheeling is impassable at around three miles…park at the greyhound. kennels…so I was told.</p>

The Indian Creek Valley Trail has been completed to the Yough. The next gap to complete is to cross the Yough to the GAP.

Cool @Iguana – Is this complete entirely from Jones Mills to the Yough River now?

The maps show a gap in the middle, and It’s not clear from the press releases…

As far as I know the trail is not completed (no crushed limestone) between Indian Head and Mill Run Reservoir. I tried to bike from Route 653 to Indian Head on the ICV trail about a week ago, and where the trail met Pritts Rd, the old railroad grade was a puddly track, so I turned around after 200 feet. If you had 3 inch+ tires, it might be bikeable.

Next to Eagle Lake the rock/slag company removed all the rock and slag. All that’s left behind the fence is an expansive, unused, impermeable surface.

I also read (here?) they were going to make a bridge over Eagle Lake. Any idea when?

When I was last out by Eagle Lake, it was a very wet day after a series of wet days, so the lake was long and deep. What seemed to me at the time, eyeballing the situation, was that if the slag company were to dig a trench a foot wide, a foot deep, and 50 feet long, the lake would drain into the trench, where it would eventually soak in. It wouldn’t even have to aim perpendicular to the trail; just a trench of sufficient length parallel to the fence would be good enough. Imagine three cars parked on the slag side of the fence. About that long, about that far into the yard. That can’t be that difficult to do, or encroach that much on their ability to conduct business. Throw down a few 4×8 plywood sheets over the trench and a line of caution tape alongside, so no large truckloads get dumped all that close. We’re only talking about four or five feet out and 50 feet long, it can’t impact them that much, now, can it?

Then we take a couple shovels and dig a shallow trench from Eagle Lake to the drain trench, and hopefully, no more pond.

How hard can this be? Can we get someone to do this on their side?

That was the already done solution- A trench. It was done a few years ago. Filled in with permeable things like rocks/sand. It doesn’t do much…

Can someone Google map this for me? I don’t know the area very well. Especially the 12 spot parking area.

<p style=”text-align: left;”>Your best bet is to just park at the Laneville end (Freeport) of the Butler-Freeport trail.</p>
Go towards Frerport following the sidewalk bike trail over the Rt356 bridge…you’ll pass through three counties…it’s a site to behold/bike…to the Tredway Trail.

On the way back you may wish to use the road; it’s paved and a nice neighborhood to behold.

Back over 356, one may want to go into Freeport and ride around and see the sites.

Now that you’re warmed up, back at your car, bike the trail to Butler.  Part of the trail is an IBA (Important Bird Area) as well as prime wildflower real estate and quite scenic along Buffalo Creek.

If you’re so inclined, there is also much to see in Butler…including a bike route around the city.

Then back to Laneville.

There are eateries in Freeport, Butler, and along the trail is the Derailleur Bike Shop and Cafe and at Rome Golf Course.

An adventerous day. Take a friend and be nice.

Run the whole GAP as a 2 day relay race. Great idea. Wouldn’t want to do it.

Article in the Post-Gazette about the Ghost Town Trail (Black Lick to Ebensburg), 46 miles completed. (There are 12 miles of new trail in the past couple years on the “C&I Extension”).