Getting to Becks Run Rd. from GAP Trail 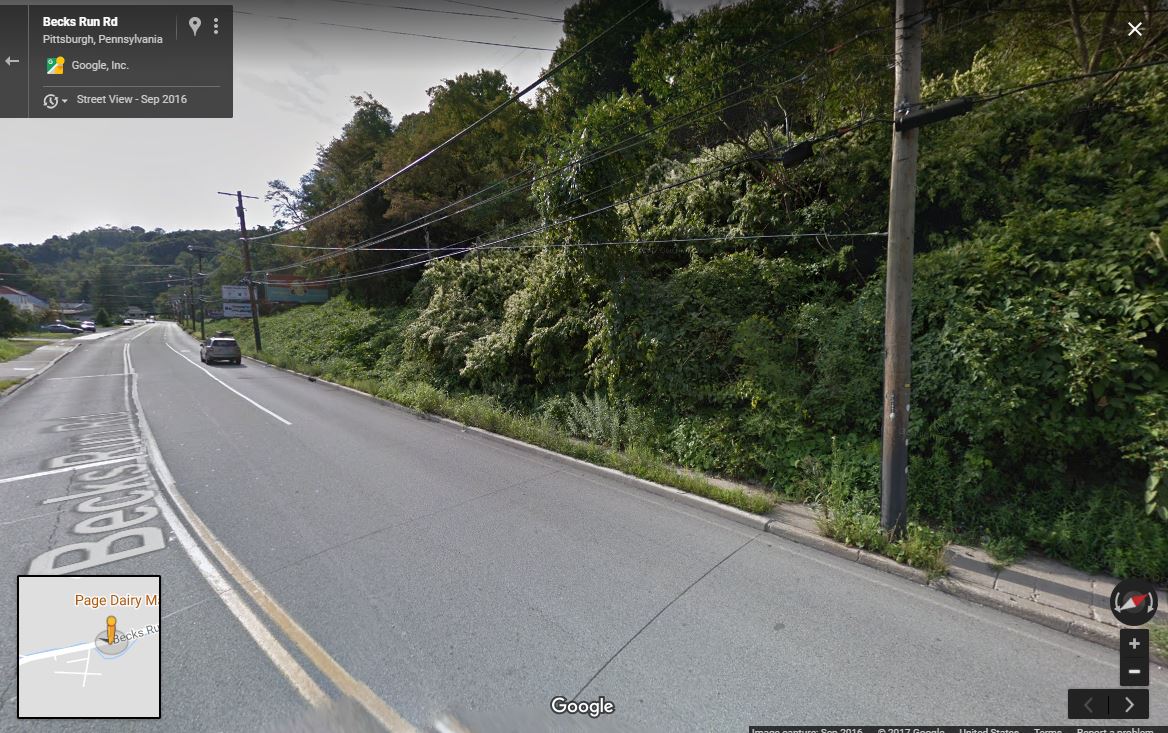 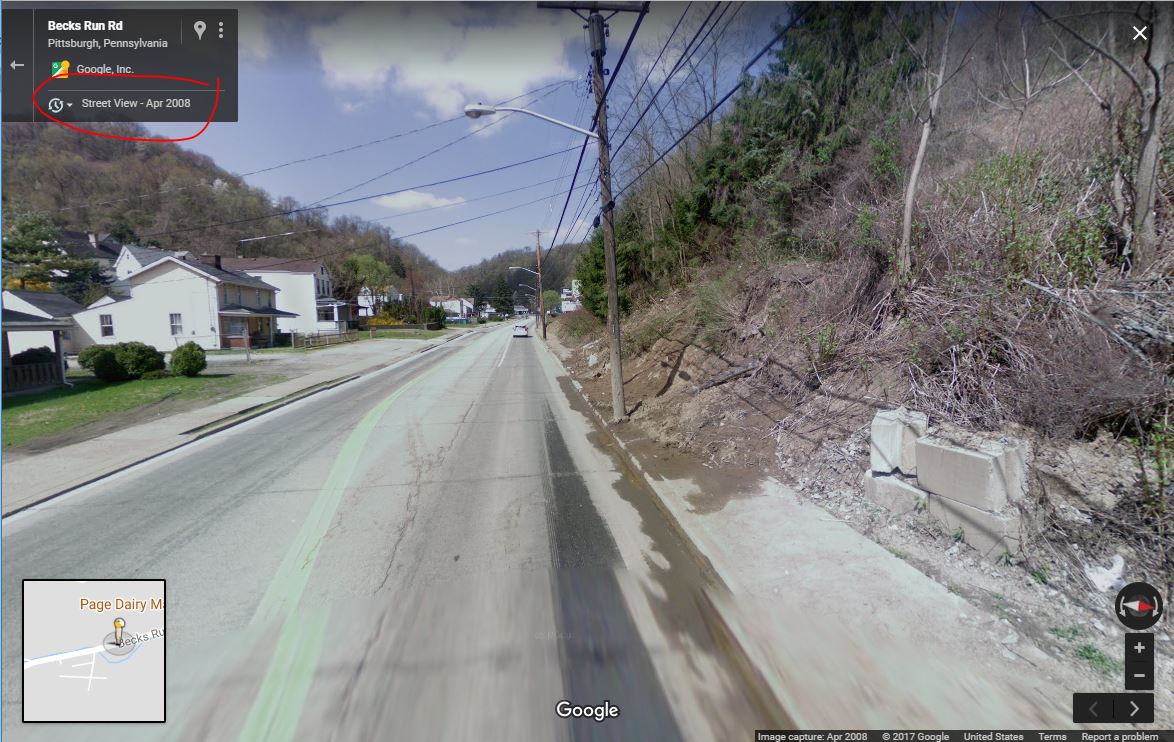 There's a Meals On Wheels delivery truck always parked on the sidewalk at this house, despite having a HUGE driveway to use. 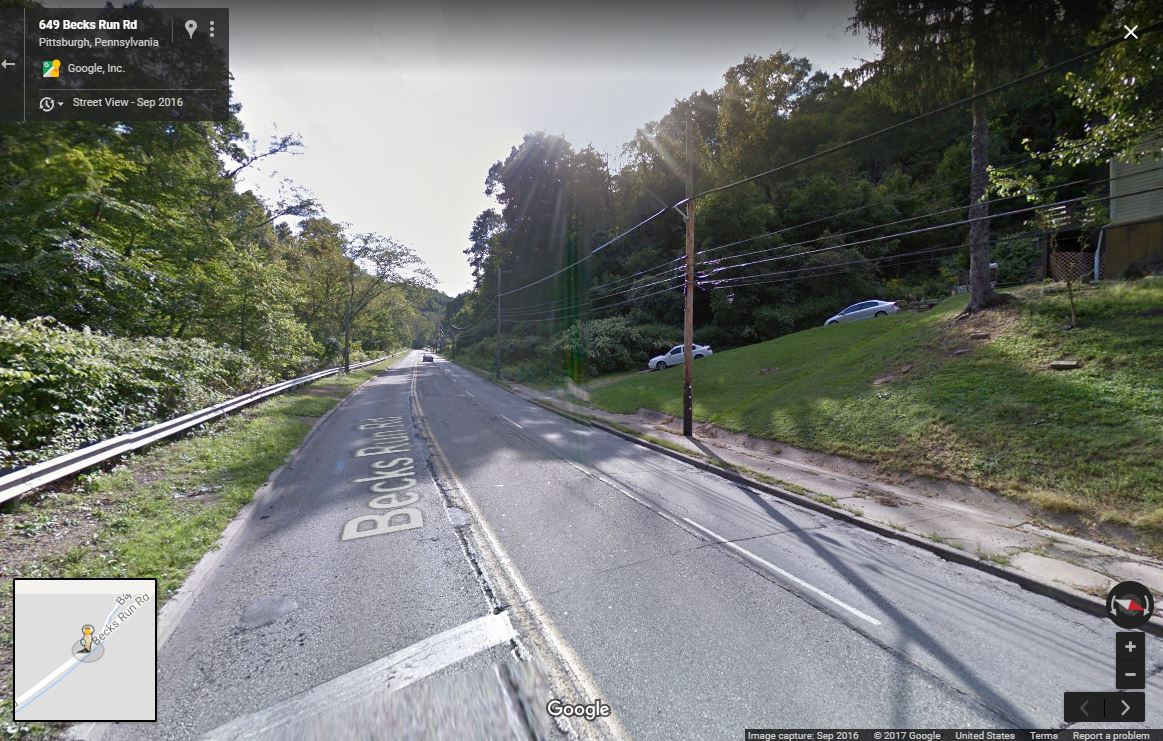 So, yeah... if it's worth your time and trouble, go for it: THE MORE PEOPLE THAT 311 THIS CRAP, we're more likely to see some work done/tickets issued.
rustyred
Who is the councilperson for that area and do they care at all?  (My guess is no else there would have been improvements done already)
edronline
Btw, years ago I learned that the east side is county. Note differences in maintenance.
jonawebb
@zzwergel, just because you have an idea to do something doesn't mean you actually need to do it.  this is like when you were really set on biking Blvd of the Allies end to end and people told you there was no safe time. With Google Maps streetview you can experience all of the joy of the scenery without any of the worries about being killed.
edronline
@edronline, I actually tried staying on the Blvd. of the Allies east of Craft Ave. a few weeks ago. First of all, there is a ramp coming from 5th Ave. so I moved right one lane. Shortly thereafter, I noticed that if I stayed in that lane, It would end up on the Parkway so I stopped and moved left. After that, I thought it was enough and jumped the Jersey barrier onto the sidewalk which was littered with debris and had a road work sign in the way. @Stu, I can try that tomorrow if the weather permits. I was going to go out today, but it started raining. I am not complaining about the rain because it hasn't rained any significant amount for quite some time. Since I do not use Twitter, is there a way I can post video links to 311 via email? I believe Becks Run Rd is a gray area due to it being the location of a narrow shoelace of Baldwin Borough from just below Wagner St. to Carson St. as well as forming the border between Baldwin and Pittsburgh between Agnew Ave. and the same point below Wagner St.
zzwergel
@zz, ha, I did the exact same thing one time, trying to get to Mercy Hospital from Squirrel Hill. I don't think Beck's Run is life threatening in the same way. If I still worked out there I would ride it. But I would be extremely cautious and use all the techniques described in Forester's Effective Cycling. The problem is, unlike the Blvd of the Allies, there's no good alternative, heading out that way.
jonawebb