Homewood Ave at the Busway (well, under it). 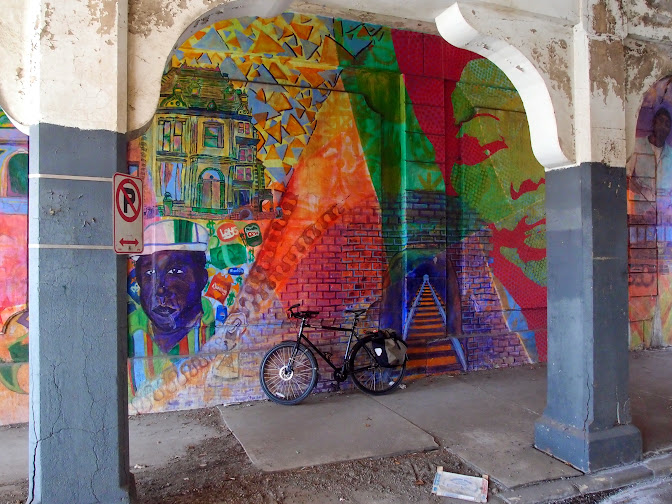 Whew. That was close. I made it back to my actual Home, and right now I can barely see the other side of the street.

This is a hard one to clue; I can’t Brush off the “Ha-Ha” stuck in my head.

My sense that this street, although not arterial, is still pretty well traveled. So you shouldn’t let the weather stop you.
Unless it’s the lack of clue. Let me know.

OK, I finally figured out what the “Ha-Ha” clue meant, so now know where this is. If riding tomorrow isn’t too difficult, I can probably work in an extra four-mile side trip out thisaway. But there are a bunch of people a lot closer to this than I am.

It’s raining and the temperature (now 32°F) is going down. Maybe not the best night-time pickup (unless you’re running Lance-level competitive). Tomorrow afternoon looks to be above freezing.

But you’ll find that the tag is in a kinda cool corner of a maybe otherwise dreary neighborhood.

Can’t get the URL for the photo from my phone, sorry. 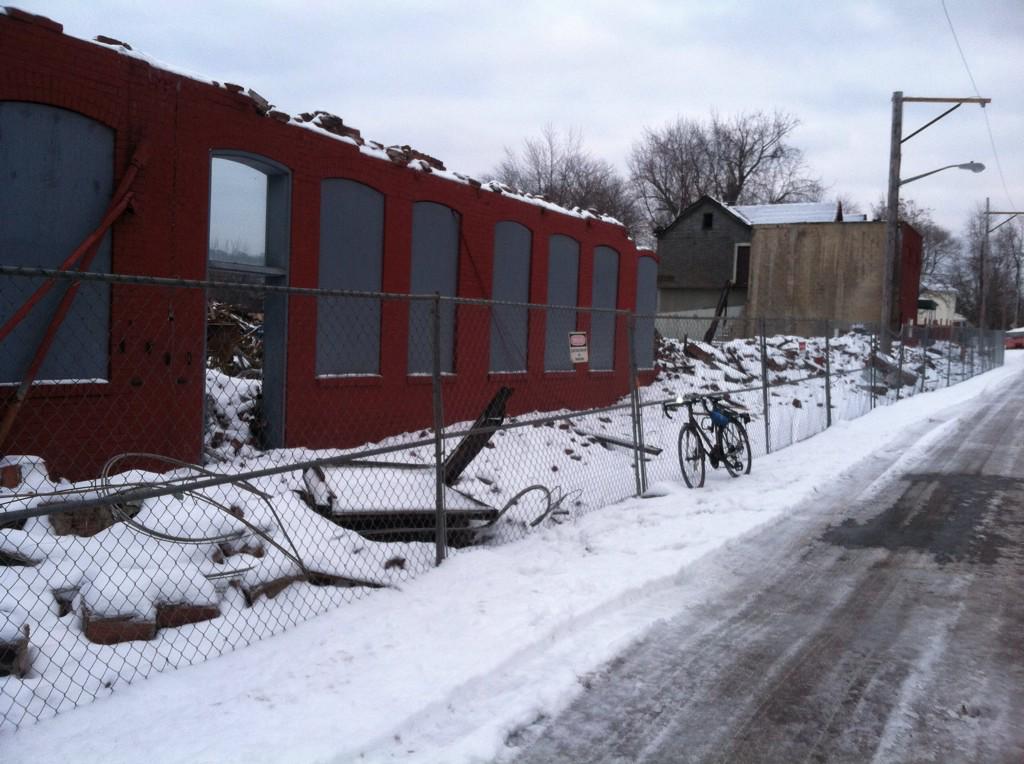 A tag once before
Fond memories of filled growlers,
Kegs, bikes, and trailers.

progress: bah
where will the bees go?

Congrats, Stu.
I could have picked up Ha-Ha, but I’ve been skiing more than biking, lately.

On Susquehanna in Homewood, near Dallas 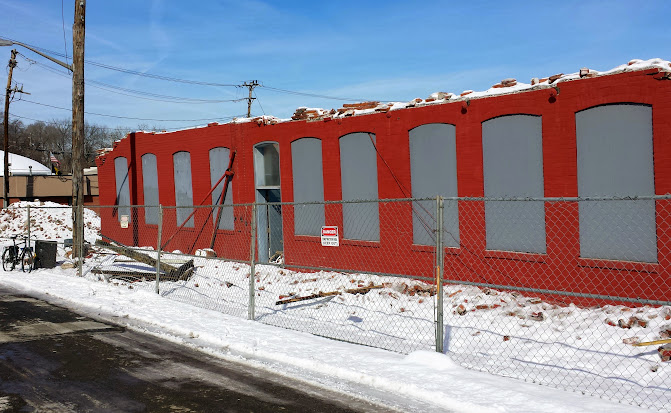 Just down the street from the old East End Brewery location (the ugly concrete-block building in Stu’s pic).

I’m pretty sure it’s the same building, only that the old EEB entrance a couple feet away was already torn down by Sunday afternoon. This was Tag #21, back when this game first got started back in Sept. 2010. The map also shows three other tags within a couple hundred feet.

This isn’t even what I’d planned to tag, but seeing it as I rode out Hamilton for the “Ha-Ha” tag, there was no way I was going to miss capturing that image.

The remaining structure is indeed the Brewery. I agree that the distances seem all wrong (and it’s all subjective, like the rest of life).

Is it time for another clue?

Now if I were to ride my unicycle there, y’know that one wheel thing, I’d have to ride through Mill-vale to get there. But this is not in Millvale.

Thanks for the clue, Stu.

Wheel Mill at Hamilton and Dallas in Homewood.

Keeping Home sweet since the ’70s.
I had the apple raisin turnover. 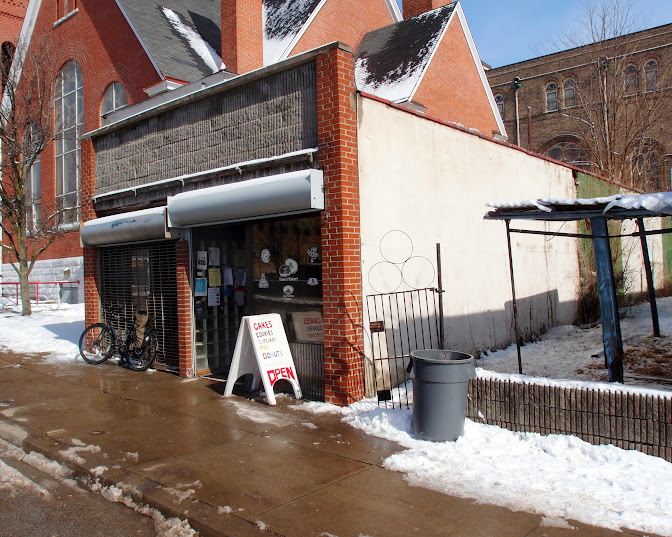 To continue pressing the Home advantage… 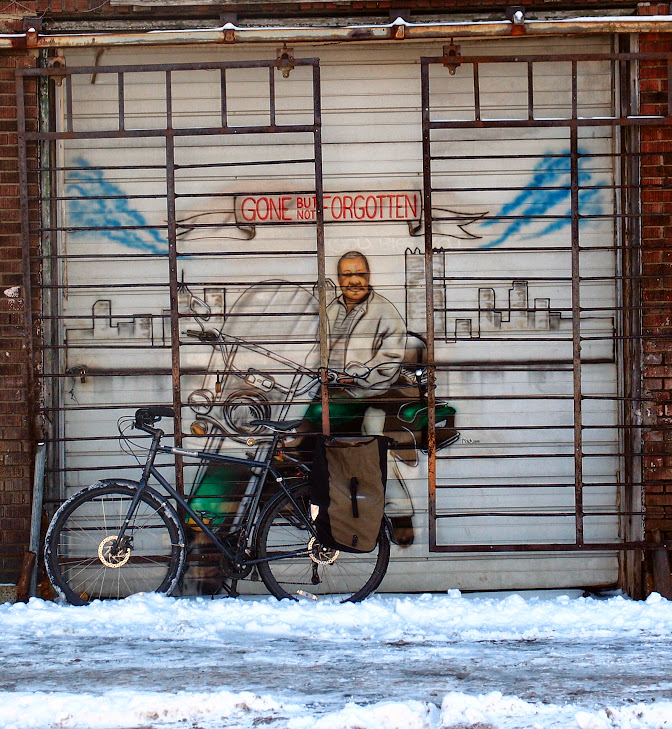 Think Hyphen, but look left (or right). And don’t go off much, the grade gets pretty nasty.

I’ve been hearing good things about that bakery.

So, do you know where this is? 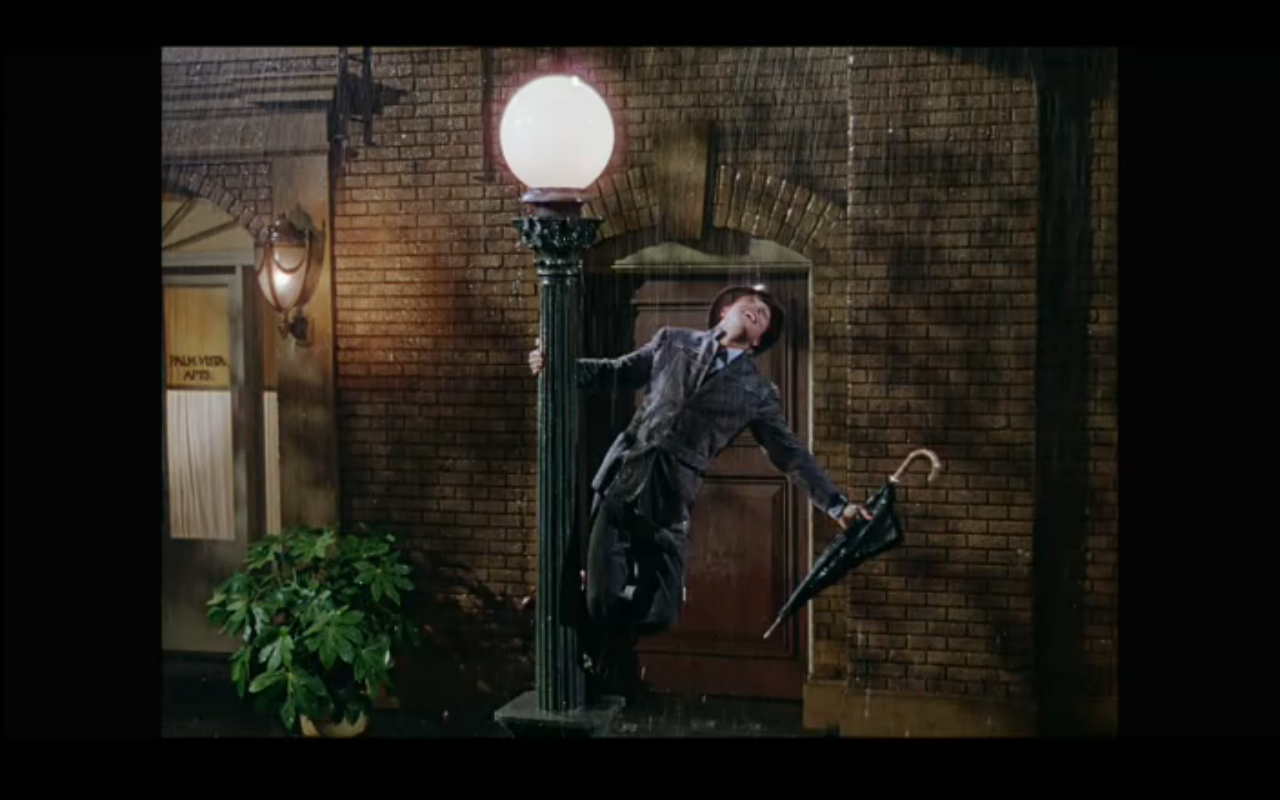 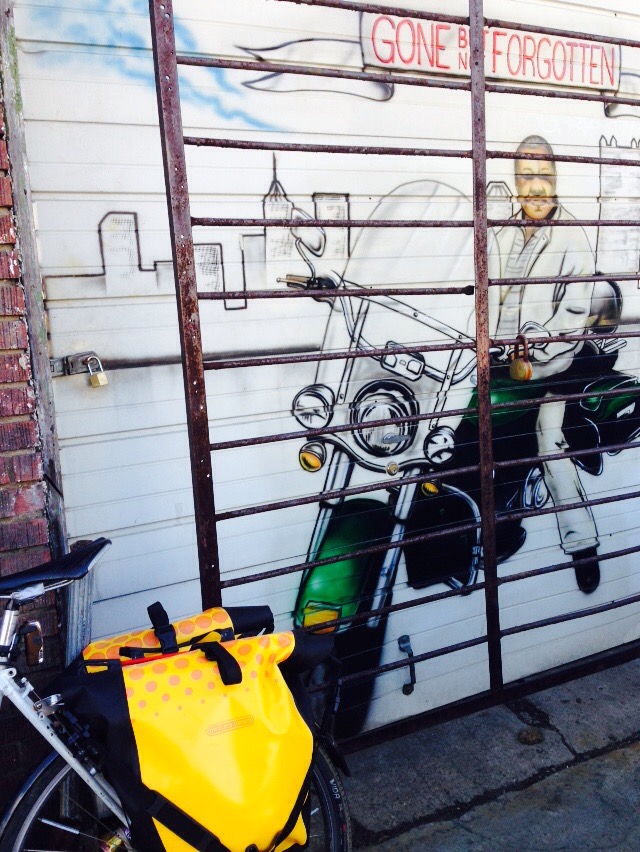 new tag.
The building: was once a neighborhood sweet shop, now a convenience store. 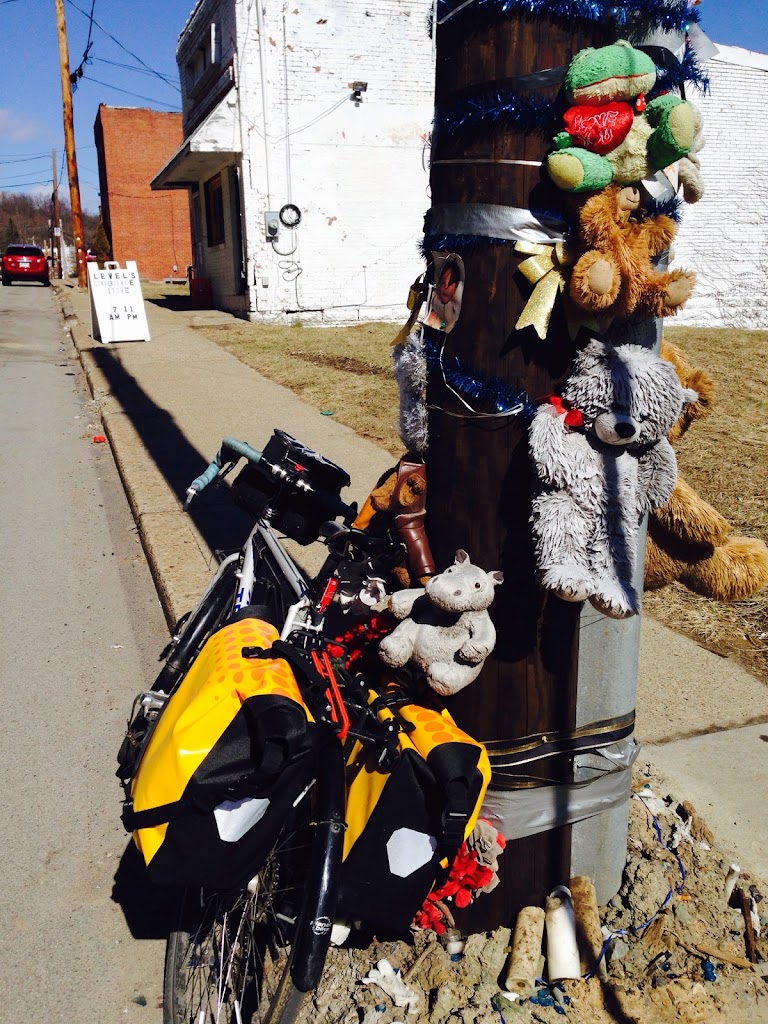 That’s the second memorial in a row. I know I’ve seen this new one but at the moment I can’t quite remember just where. If I do manage to remember and snag it, I think I’ll try to stay away from that stuff. At least for a while (though, sadly, there’s a lot of it around this town). 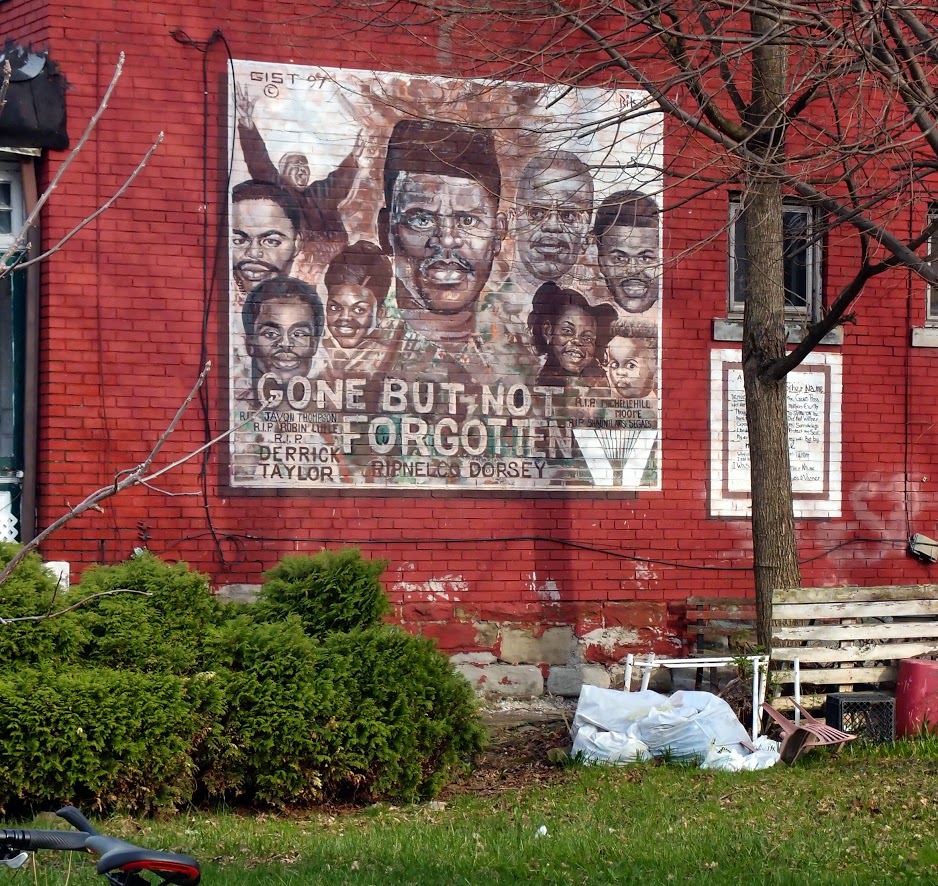 It’s powerful that, collectively, we make a point of not letting people simply disappear. Lives do matter.

I don’t have a rhyme.

Sometimes, after a pickup, the next tag just reaches out and smacks you right in the face.

Where on Frankstown Avenue is Levels?

Dick Valley Texaco; Bennett, just before it merges with Frankstown. 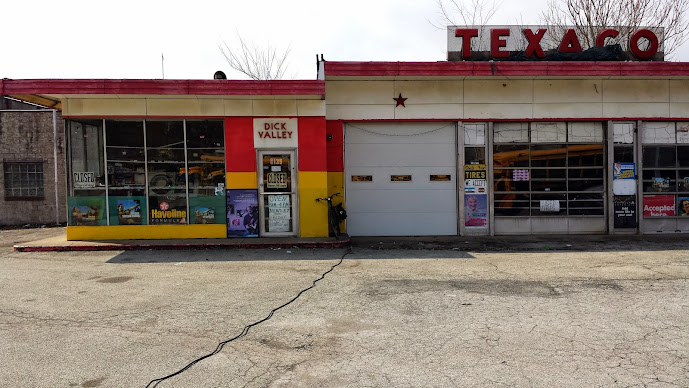 sorry for the delay…

Certain horned riders of late might very well have seen this.

You could park here and go for a four mile run, but it’s two tiring:

The Iguana’s new tag, in case you didn’t see it: Good pic & clues; tag was right where it was supposed to be. 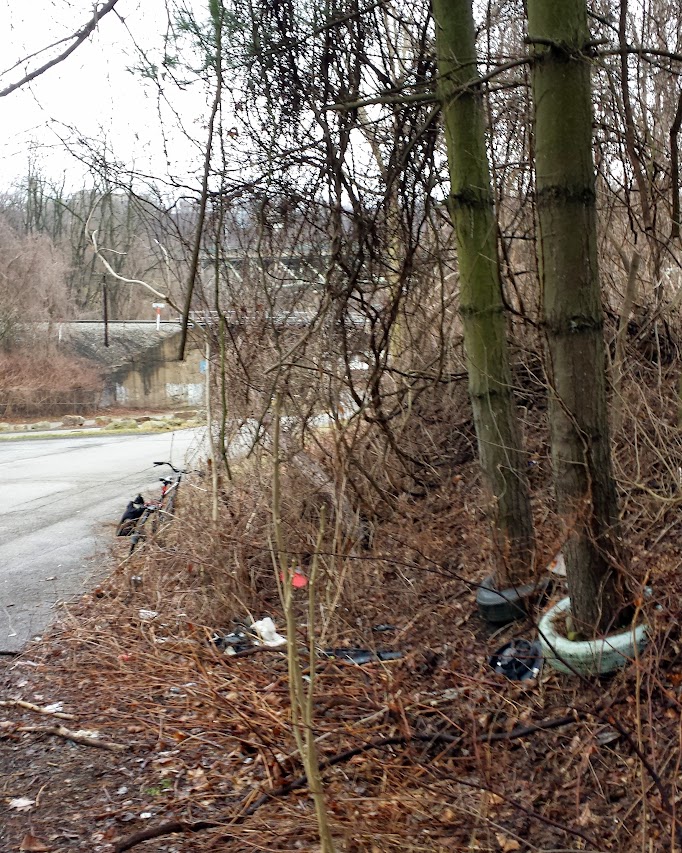 The soccer field parking lot, Junction Hollow (with parkway in the distance). Also, those tires are in one piece. 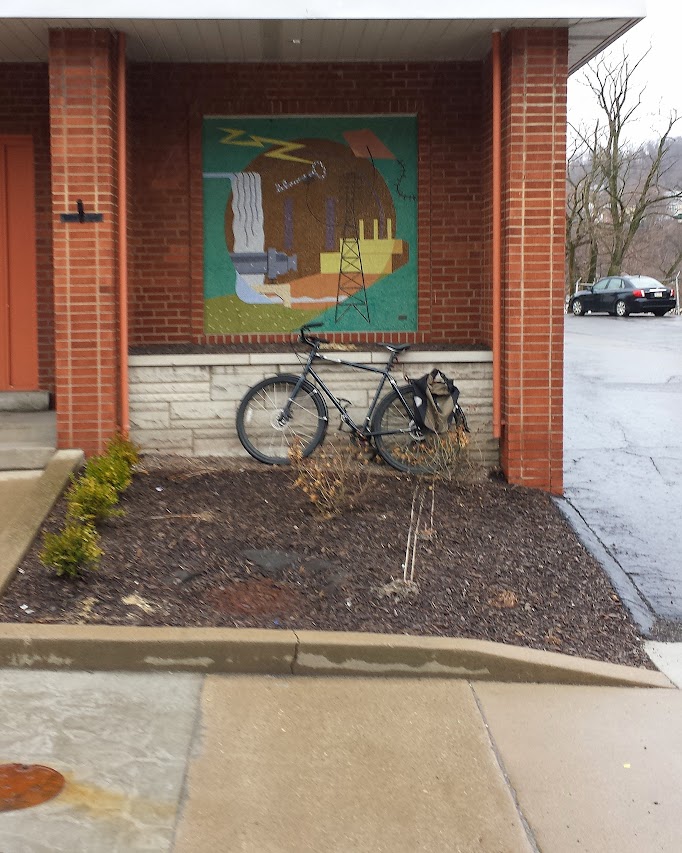 I learned a phrase today “orthotic device” that I’m pretty sure I didn’t know before. But actually, I was trying to figure out what this mural was about (sorry, I used my phone camera). It’s clearly about electricity, its generation and distribution. Now that I’m looking at the pic I notice what looks like a label in the lower right; I always miss this stuff at the time. Sigh. I think I’ll take the liberty of getting myself a brew.